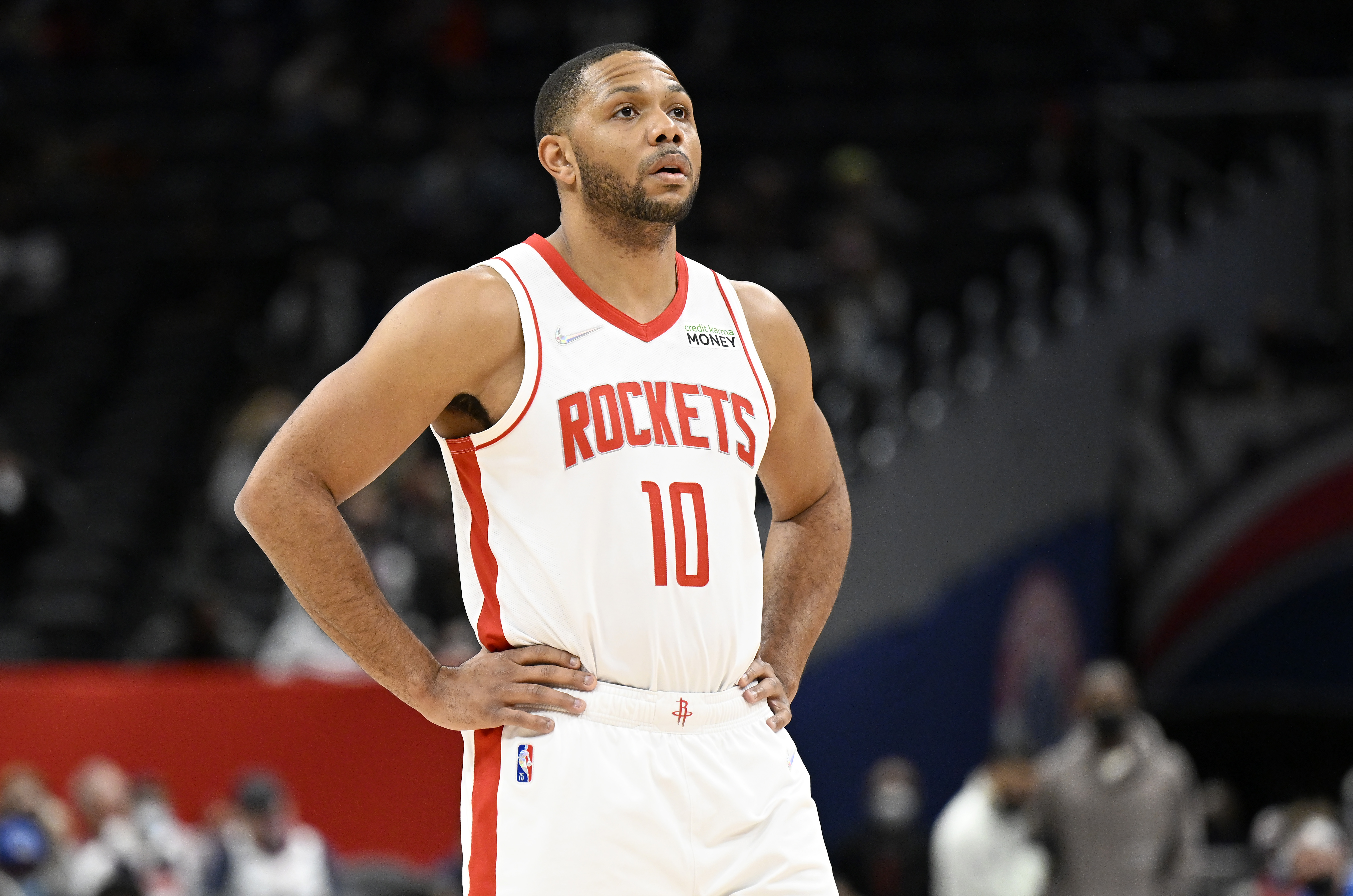 With the Houston Rockets falling further down the standings, opposing teams could look to acquire one of the few veterans left on the roster.

According to Michael Scotto of Hoops Hype, multiple “playoff-caliber teams” have shown interest in Eric Gordon and Daniel Thies.

The Rockets have been rebuilding with a mostly young roster, but Gordon, 33, and Thies, 29, are the oldest players who start regularly for the squad. They likely aren’t needed for the stretch run after a stretch of 11 losses in 12 games dropped the squad to 11-31 on the season.

Gordon has been up-and-down this season, but he has fared better since entering the starting lineup with averages of 15.0 points and 4.1 assists in 24 games. The guard’s efficiency remains high with a 43.6 three-point percentage that ranks seventh in the NBA, while his 59.8 effective field-goal percentage would be the highest of his 14-year career.

The one-time Sixth Man of the Year could provide a contender with an immediate scoring boost without a high usage.

Thies has been in and out of the lineup this year, but he is averaging 8.8 points and 5.3 rebounds per game in 24 appearances. The center was a fan-favorite during his four seasons with the Boston Celtics, starting all 17 playoff games during the team’s 2020 run to the Eastern Conference Finals.

The postseason experience could be valuable for a team needing additional bodies in the low post.

A trade could also open up more minutes on the Rockets for young forwards Kenyon Martin Jr. and Alperen Sengun.

National Signing Day 2022: News and Predictions for Top Available Recruits
Falcons GM on Calvin Ridley’s Future: ‘Up to This Point, Nothing Has Changed’