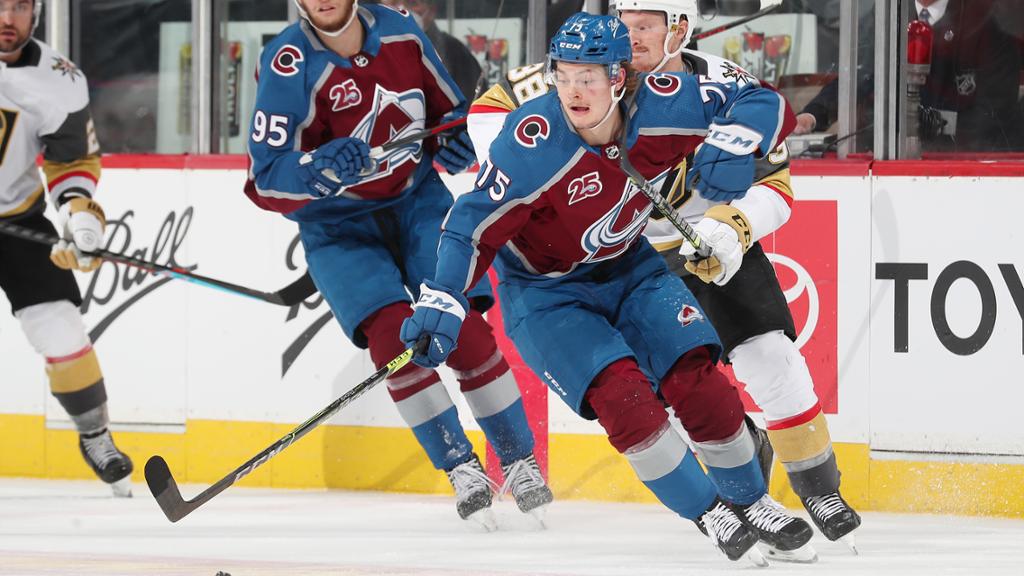 After being drafted 78th overall by the Colorado Avalanche in the 2018 NHL Draft, forward Sampo Ranta spent his next three seasons at the University of Minnesota prepping for his NHL debut.

Throughout his three years at Minnesota, the 21-year-old tallied 67 points (37 goals and 30 assists) and a plus-27 rating. Additionally, he was named to the All-Big Ten First Team and earned a Big Ten All-Tournament Team Selection in his final season.

During his junior campaign with the Gophers, the Naantali, Finland, native rose to the top of NCAA ranks and led his team in goals and assists (19 goals and 12 assists) in 31 games.

After a successful college season, Ranta and the Avalanche decided that it was the time to take his career to the next level.

“I thought it was time for me to take the next step in my career,” said Ranta. “I’m just excited to go to Loveland and start my pro career there and hopefully work my way up.”

A week after inkining his entry-level contract, Ranta made his professional debut on April 10 with Colorado’s American Hockey League affiliate the Colorado Eagles. In his second game on April 14 he notched his first professional goal and finished plus-1 on the night.

In his first taste of professional play, the winger recorded four goals and three assists in 14 AHL contests and one goal and one assist in two post-season games before getting called up by the Avalanche during the 2021 Stanley Cup Playoffs.

Ranta made his NHL debut during Game 1 of Colorado’s second-round series against the Las Vegas Golden Knights, though he didn’t have much time to prepare for it before the milestone contest.

“It was the morning skate before the game, game-day morning skate, so it was pretty exciting,” he said. “I was super excited and I felt ready to go, and I told my family and let them know I was playing. It was a good day.”

Ranta saw 7:47 in ice time in 12 shifts helping the Avalanche to 7-1 victory. Ranta became just the fifth player in franchise history to make his NHL debut in the Stanley Cup Playoffs and the third since the team moved to Denver, joining Cale Makar in 2019 and Joey Hishon in 2014.

“When you take in that that’s his first NHL game and it’s against a real good team in Vegas and in the second round of the playoffs, the moment wasn’t too big for him,” head coach Jared Bednar said after Ranta’s debut. “I thought to give him a chance at home when I can control the matchups a little bit, see how he handles it… So, I wanted to get him into the series as early as I can, and now we’ll reevaluate.”

After getting a taste of the NHL with the Colorado Avalanche, Ranta is excited and ready to work for a roster spot for the 2021-22 season.