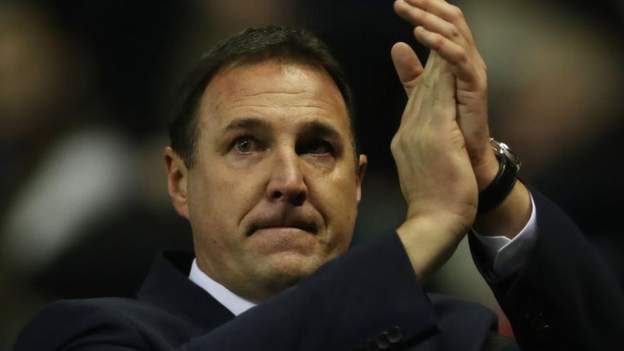 Malky Mackay says he has “nothing to hide” after his appointment as Ross County manager was met with criticism by some supporters.

In 2014, the Scot apologised for sending texts during his Cardiff City tenure that were “disrespectful of other cultures”. He faced no action after an FA investigation.

“That was seven or eight years ago now and well documented,” said Mackay, 49.

“I’ve nothing to hide in terms of the whole aspect of it and the interviews I went through for the next three or four years.

“Since then I’ve worked for another football club, the Scottish FA and the governance of the game in Scotland for four years and more recently, Uefa and Fifa, as well as being asked to be interim manager of the national team.

“So I always try to be better every day and I would hope the people who genuinely know me and have come across me make their own mind up as to who I am.

“I will do everything in my power to make sure Ross County are seeing someone wholly committed to their football club and who genuinely wants to make a difference here and to help the club improve.”

Prior to the announcement of Mackay being appointed, County’s supporter liaison officer Kenny MacLennan wrote on Twitter that he had “expressed the concerns of the supporters directly to the club”.

Mackay’s appointment in Dingwall is his first full-time managerial role since being sacked by Wigan Athletic six years ago.

The ex-Watford and Cardiff boss ended a four-year stint as Scottish FA performance director in November.

He succeeds John Hughes, who replaced Stuart Kettlewell at County in December and left on Monday after keeping the club in the top flight.

Ferguson says Mackay has “no skeletons in the cupboard” and has “rehabilitated himself”.

He added: “We understand that there are some frustrations and questions being asked.

“We know of Malky’s past but I keep having to emphasise that we’re very much a progressive club so we want to be looking forward rather than where we’ve been or where other people have been.

“I would ask the fans to be patient and trust us that we have a vision for the club and Malky’s skillset, experience, contacts and networks all fit into what we need to move forward.”

Mackay had a one-game interim spell as Scotland boss in November 2017 – a 1-0 friendly defeat by Netherlands – following Gordon Strachan’s departure.

The former Celtic and Scotland defender began his managerial career with a two-year spell at Watford before joining Cardiff in 2011.

He led the Welsh club to the Championship title and a return to the English top flight after a 52-year absence, but was sacked in December 2013 with Cardiff a point outside the relegation zone.

County finished 10th in the Scottish Premiership this season and have been in the top flight for eight of the last nine seasons.