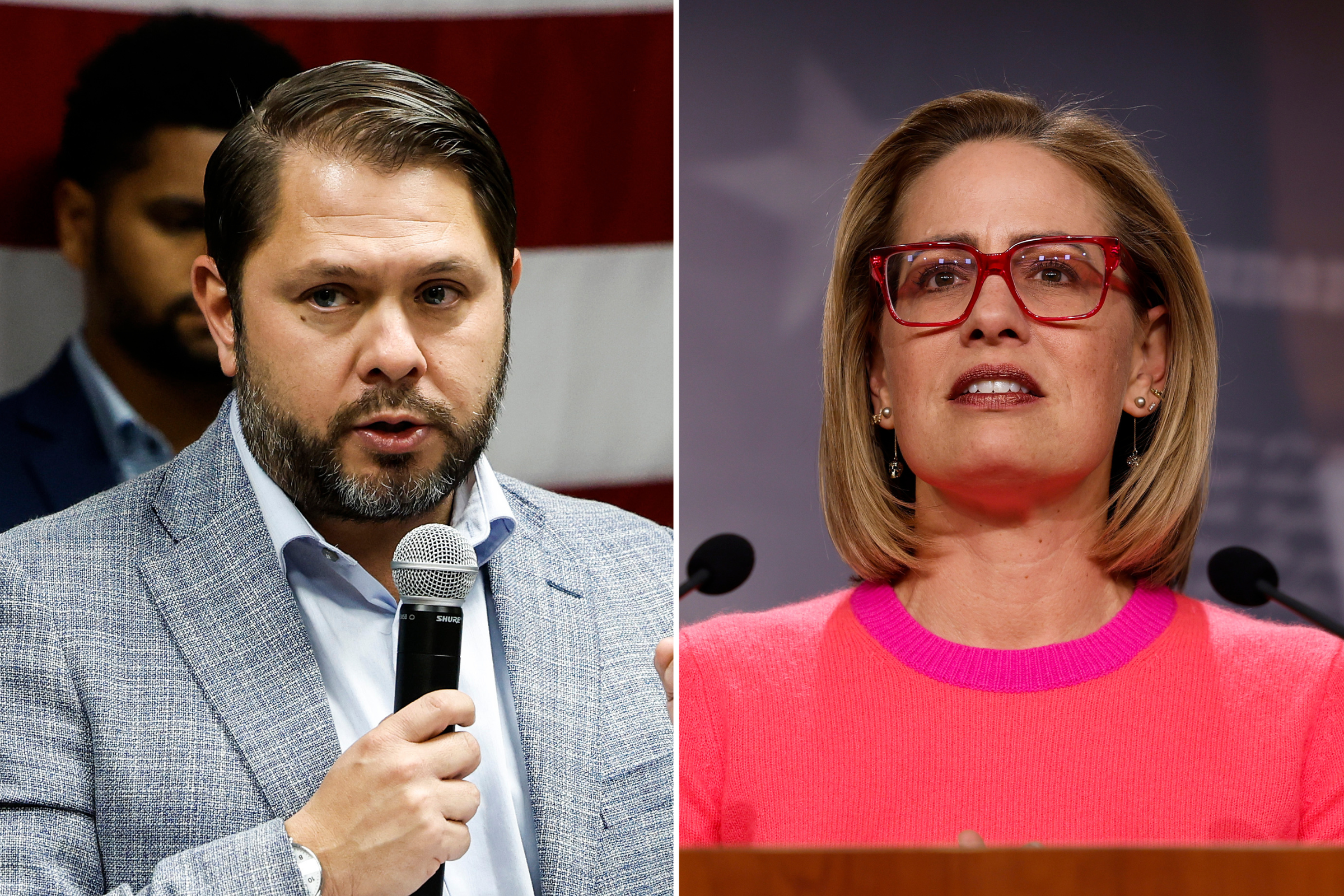 Representative Ruben Gallago, a Democrat, launched his campaign to challenge Arizona Senator Krysten Sinema on Monday, setting up what is expected to be one of the closest Senate races of 2024.

Arizona emerged as one of the closest swing states in recent elections, with Democrats winning most statewide elections in the 2022 midterm elections. But Sinema—a former Democrat who announced late last year that she would switch her party affiliation to independent—adds an extra layer of uncertainty to the 2024 election.

Democrats worry Sinema, who has not yet said whether she plans to run for reelection, could siphon off enough votes to help a Republican flip the seat. Prior to dropping her Democratic affiliation, Sinema enraged many in her own party over her opposition to eliminating the filibuster to pass key legislation, including a nationwide law securing reproductive rights.

Gallego, a former Marine combat veteran who currently represents a Phoenix-area Congressional district, became the first major candidate to formally announce a 2024 Senate run. Early polls point to a close race in the battleground state, with no party having a clear advantage nearly two years until the election.

One survey, conducted by Blueprint Polling from January 5 to 8 among 618 voters, found a narrow lead for a Republican candidate. The poll surveyed voters in a hypothetical election between Gallego, Sinema and Republican Kari Lake, who lost the gubernatorial election last year.

Another poll conducted on behalf of Gallego indicated that Sinema could play a spoiler role in the election.

The poll, conducted by Public Policy Polling from December 19 to 20, pointed to a Lake victory in a three-way race. Forty-one percent of respondents said they would vote for the Republican candidate, compared to 40 percent for Gallego and 13 percent for Sinema.

However, in a two-person race, Gallego would have a single-point advantage, receiving 41 percent of support to Lake’s 40 percent. This poll had a margin of error of plus or minus 3.8 percentage points.

Still, much about the nature of the race remains unknown, including who will be the eventual Republican nominee. Lake, who has engaged in legal battles to try to fight her loss in the gubernatorial race, has not said if she will run for Senate. Furthermore, it remains unknown if other candidates will run in the Democratic primary.