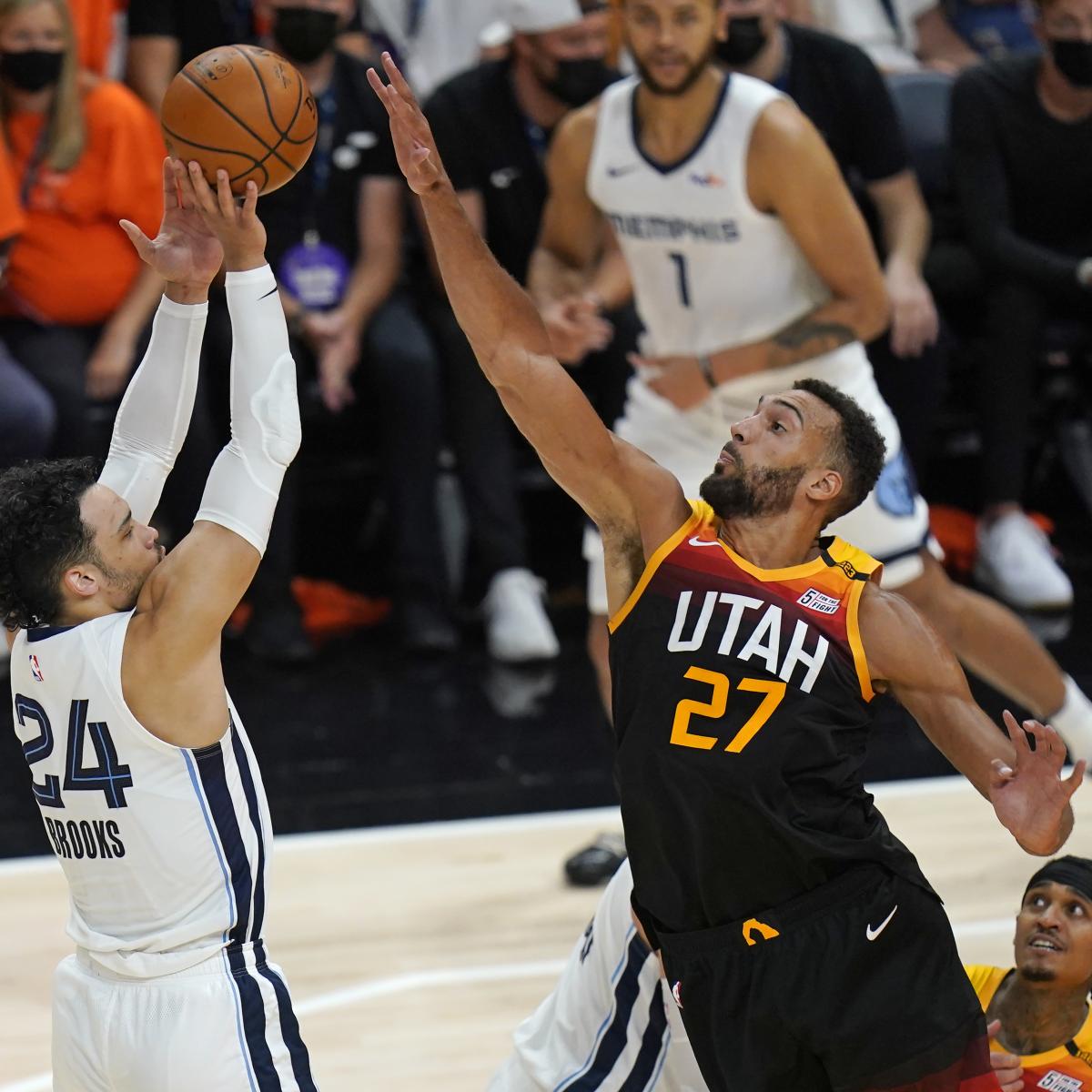 Utah Jazz center Rudy Gobert was named the NBA Defensive Player of the Year on Wednesday, becoming the fourth player in league history to win the award three times.

He’s only the 4th player in NBA history to win the award three times. https://t.co/4HUFDKaFun

This is the third NBA Defensive Player of the Year Award for Rudy Gobert. He is the fourth player to win the award at least three times, joining Dikembe Mutombo (four), Ben Wallace (four) and Dwight Howard (three).

Gobert joins Dwight Howard, Ben Wallace and Dikembe Mutombo among players with at least three DPOYs to their name since the inception of the award in 1982-83. Mutombo and Wallace are tied for the most in NBA history with four.

Gobert averaged 14.3 points, 13.5 rebounds and 2.7 blocks per game while continuing to act as the defensive fulcrum for a Jazz team that went an NBA-best 52-20 during the regular season. Opponents shot 48 percent inside six feet when he guarded them, which is 14.6 percent better than the league average for defenders, per NBA.com.

The Jazz defense was also 11.9 points better per 100 possessions with him on the floor, per NBA.com.

Gobert has emerged as one of the best defensive centers in NBA history. Some have continued to question his true impact as an overall defender, given he does not have the switchability of Simmons or even Myles Turner.

Simmons even lobbied on The Jump for the DPOY after torching Gobert for 42 points earlier this season.

“I’m one of those guys who can guard 1 through 5,” Simmons said. “Obviously, there’s a lot of respect for Rudy. I know what he’s capable of. I know he’s great down there in the paint, but he’s not guarding everybody and that’s just what it is. He guarded me in Utah … I had 42 and apparently I’m not a scorer. It is what it is, but I have a lot of respect for him. At the same time, I think it’s mine this year.”

In the end, voters continued a years-long trend of favoring bigs over guards in voting. Twenty-six of the 38 Defensive Player of the Year winners have been centers.