Russia Holding Ukraine’s Power Hostage to Freeze Them ‘Into Submission’ 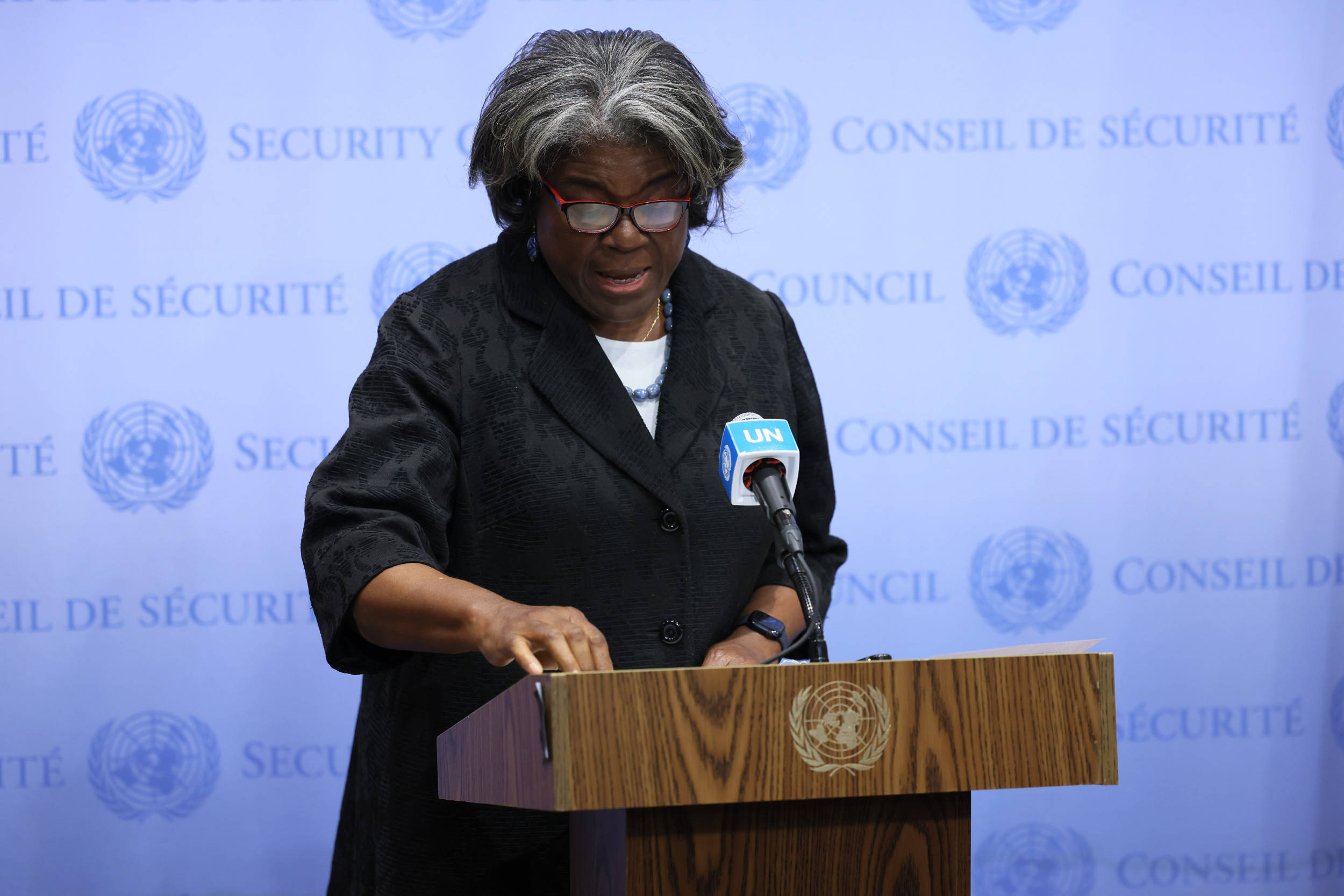 Linda Thomas-Greenfield, the U.S. ambassador to the U.N., has stated that Russia’s missile attacks on the Ukrainian power grid aim to freeze the Eastern European country “into submission,” while Belarusian President Alexander Lukashenko warned that Kyiv has to put an end to the war if “they don’t want to perish.”

Thomas-Greenfield said during a security council meeting to discuss the attacks on Ukrainian infrastructure Wednesday that Russian President Vladimir Putin insists on reducing Ukraine’s energy facilities to “rubble” as the war rages.

“Putin’s motive could not be more clear and more cold-blooded. He is clearly—clearly—weaponizing winter to inflict immense suffering on the Ukrainian people. He has decided that if he can’t seize Ukraine by force, he will try to freeze the country into submission,” she said.

Meanwhile, Lukashenko called for negotiations to end the war in Ukraine and added that the country is at risk of “complete destruction.”

Russia has been launching a number of missile strikes on energy facilities throughout Ukraine, causing power outages and blackouts across the country ahead of a harsh winter.

On Wednesday, Russia attacked Ukraine’s power grid again, killing three people in a strike that hit a building in Kyiv, targeting energy facilities, according to authorities in the capital, VOA News reported. Power outages were reported in multiple cities including Kyiv and Moldova

Around 100 Russian missiles were launched toward mainly Ukrengro substations, in addition to power plants, causing various levels of damage at 15 facilities.

“Almost all the hydraulic power generation and thermal power generation suffered from missile strikes,” said Kudrytskyi, according to a translation posted on YouTube by the Ukraine Media Center. “There are no undamaged substations for the transportation of power in all the grid. Unfortunately, any substantial significant substations suffered five or even up to eight strikes so the level of damage is colossal.”

On Thursday, Russia denied any wrongdoing and accused “foreign and Ukrainian” air defense missiles of damaging Kyiv, where energy facilities were struck.

“Not a single strike was made on targets within the city of Kyiv,” the Russian Defense Ministry said. Any damage was “the result of the fall of missiles from foreign and Ukrainian air defense systems located in residential areas of the Ukrainian capital.”

Meanwhile, Vasily Nebenzya, Russia’s ambassador to the UN, justified the attacks on Ukrainian energy infrastructure, saying that “we’re striking infrastructure facilities in Ukraine in response to Western weapons being pumped into the country and reckless calls for Kyiv to achieve military victory over Russia.”

Western and Russian diplomats discussed the Russian missile attacks on Ukraine’s power grid during Wednesday’s security council meeting, with Thomas-Greenfield warning about the consequences those strikes will have on Ukrainians this winter.

“If he [Putin] gets his way, millions of Ukrainians will be left without power, water, and heat during these cold winter months. Even more families will be forced to flee their homes. Hospitals will be unable to treat patients. And more children and elderly people, especially the sick and those with disabilities, will die. The most vulnerable will pay the heaviest price,” she said.

Newsweek has reached out to the Russian foreign affairs ministry for comment.