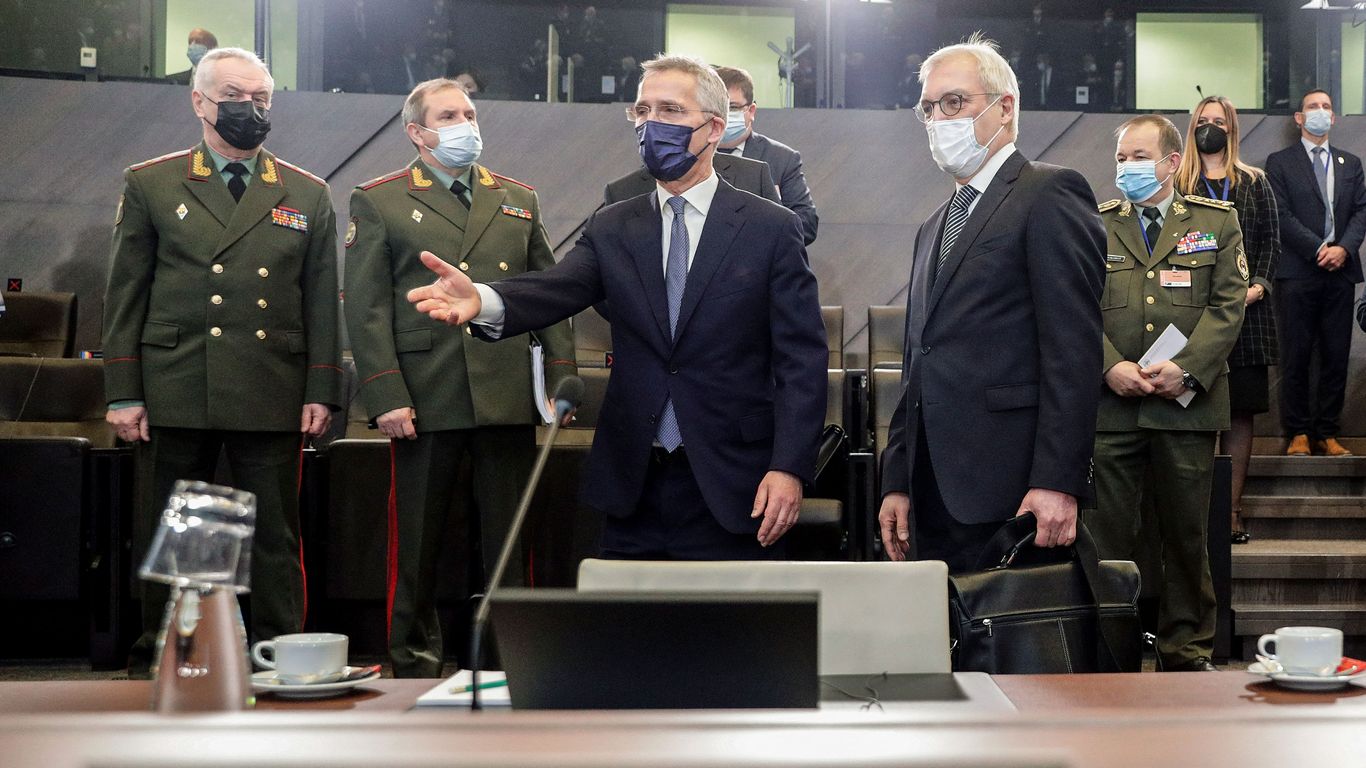 NATO Secretary-General Jens Stoltenberg said after a meeting of the NATO-Russia Council on Wednesday that both sides agreed to “explore a schedule for future meetings,” suggesting this week’s talks may have bought time to de-escalate the crisis over Ukraine.

The latest: Alexander Grushko, a Russian deputy foreign minister, confirmed during his own press conference that “of course” his side is ready to continue talks. “But it should be meaningful discussions,” he stressed. “It should not be repetition of so-called slogans of principles.”

Why it matters: Stoltenberg reiterated his warning that NATO is preparing for the “real risk of a new armed conflict in Europe” if diplomacy fails and Russia launches another invasion of Ukraine.

The big picture: At the heart of Russia’s threatening military buildup are its demands that NATO provide legal guarantees that Ukraine and Georgia will never receive membership, and that the alliance withdraw all forces from former Soviet satellite states.

Between the lines: It’s unclear how Russia, which has massed over 100,000 troops on the border with Ukraine, will be able to climb down from its red lines and avert a devastating war.

Go deeper: U.S. and Russia exchange warnings after first round of security talks