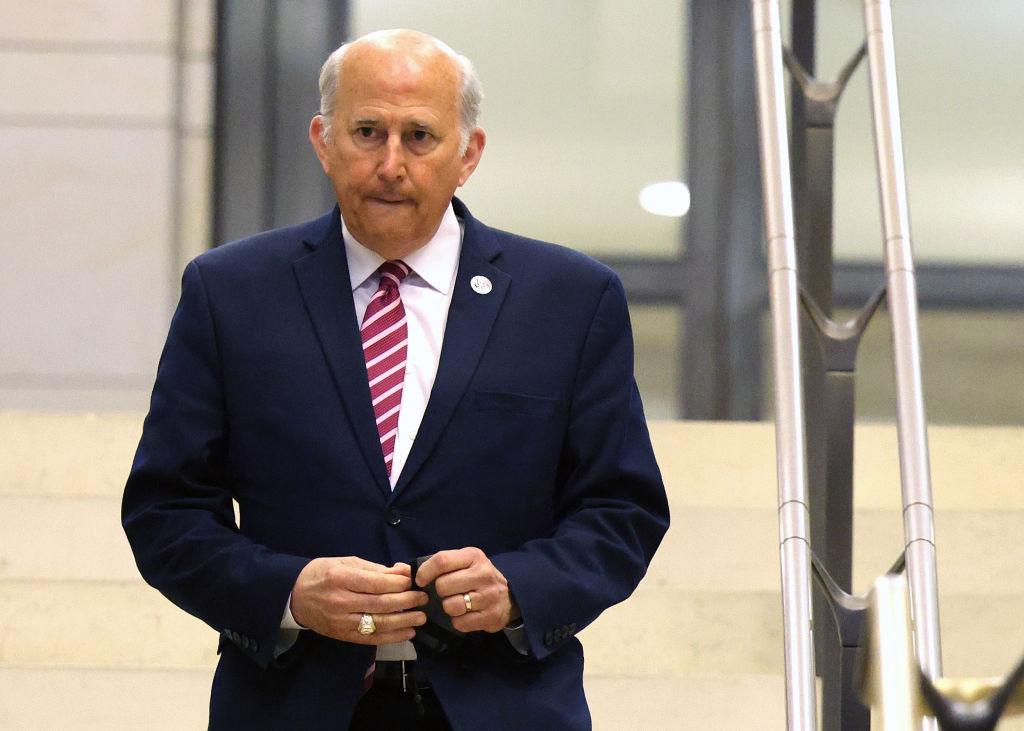 Russian media mocked Representative Louie Gohmert after the Texas Republican asked a National Forest Service representative during a Tuesday hearing of the House Natural Resources Committee whether the agency could change the orbit of the Earth or the moon.

“Is there anything that the National Forest Service or BLM [Bureau of Land Management] can do to change the course of the moon’s orbit or the Earth’s orbit around the sun?” Gohmert asked the representative. “Obviously, they would have profound effects on our climate.”

Russian newspaper Komsomolskaya Pravda picked up the story, publishing it with a headline that read: “And let’s change the orbit of the moon: ‘The dumbest guy in the U.S. Congress’ voiced a new idea.”

Julia Davis, a columnist with The Daily Beast, first reported that the Russian news site mocked the GOP congressman’s remarks.

“Rep. Louie Gohmert, Republican, recently admitted that many consider him ‘the dumbest guy in Congress.’ And it looks like he proved that these people are right,” the first sentence of the article reads. The article went on to say that humans have never been able to change the orbits of celestial bodies, saying that even the “achievements of modern technologies” will not allow humans to do so.

The GOP lawmaker made the remarks during the Tuesday hearing in what appeared to be a suggestion that this could be used as a way of combating climate change. “I was informed by the immediate past director of NASA that they’ve found that the moon’s orbit is changing slightly and so is the Earth’s orbit around the sun. We know there’s been significant solar flare activity,” Gohmert explained before asking the question.

Jennifer Eberlien, associate deputy chief of the National Forest Service, who was asked the question by the Republican lawmaker, looked slightly taken aback. She then responded, “I would have to follow up with you on that one, Mr. Gohmert.”

The congressman then replied, “If you figure out there’s a way in the Forest Service you could make that change, I’d like to know.”

As the Russian news site noted, Gohmert recently said that some people view him as the “dumbest” person in Congress. The remark came as he touted his SAT scores from before he attended college decades ago.

“When I took it, did very well. It got me into the honors program at [Texas] A&M,” Gohmert said in a speech on the House floor last month. “I’m sure that shocks people that think I’m the dumbest guy in Congress.”

Newsweek reached out to Gohmert for further comment but did not immediately receive a response.

Gohmert was a key promoter of former President Donald Trump’s baseless claims that the 2020 election was “rigged” or “stolen.” The congressman filed a groundless lawsuit in a bid to give then-Vice President Mike Pence the legal authority to single-handedly overturn the election’s results, but it was rejected by a U.S. District Court judge appointed by Trump.