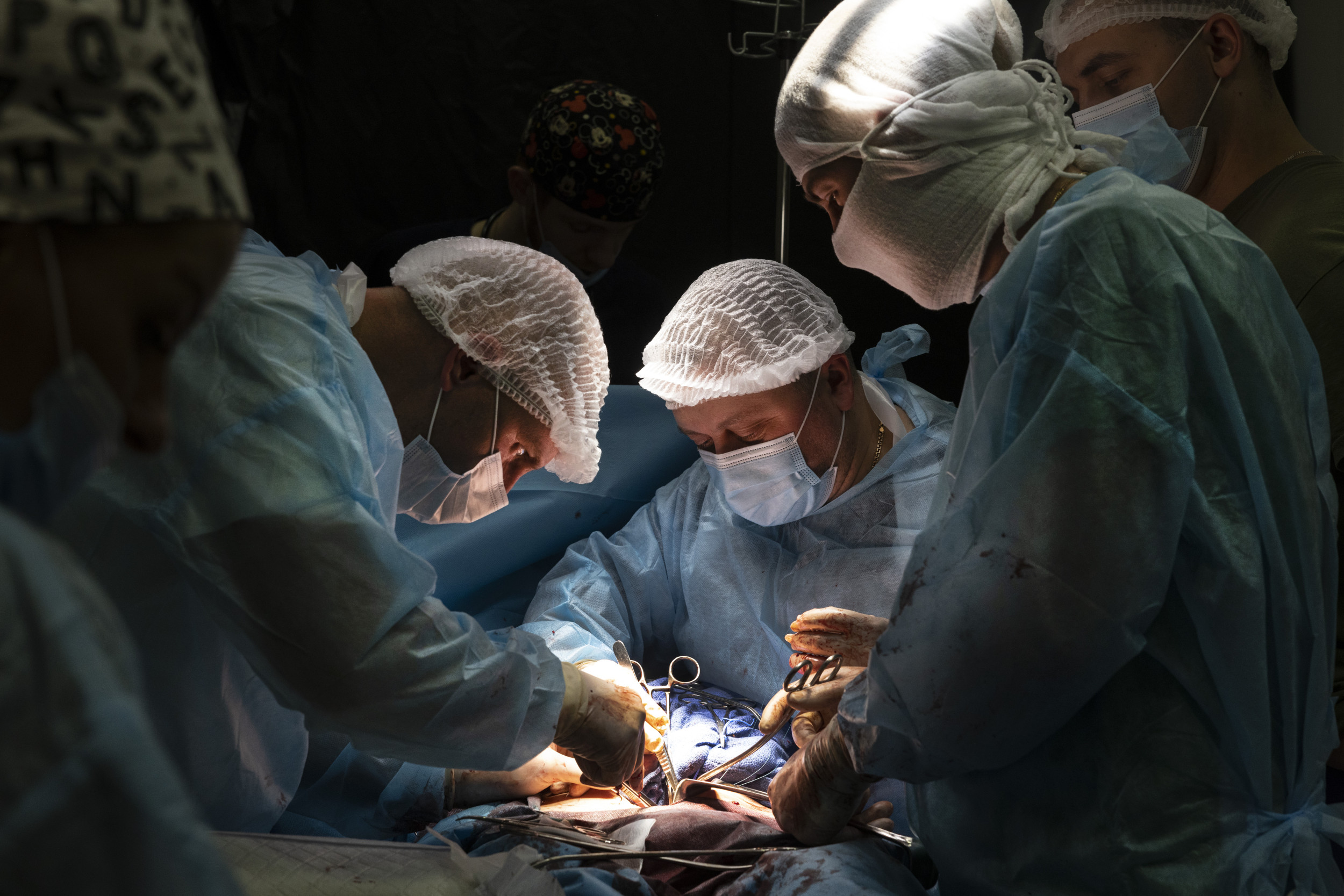 A viral video shared by a Ukrainian journalist on Twitter shows a team of surgeons continuing a child’s heart surgery in Kyiv after a Russian missile plunged the operating room into darkness.

Russian forces have increasingly targeted Ukraine’s power grid with missile attacks, as Moscow’s politicians previously told Russian state media television that they supported shuttering Ukraine’s energy, resulting in the starvation and freezing of Ukrainians. The missiles have been shown exploding near energy facilities, damaging the infrastructure. On Wednesday, Kyiv was subject to an attack that killed six, injured 30 and destroyed critical infrastructure. The attacks damaged Kyiv’s power supply, and many residents and organizations were left without power.

The attack caused a loss of power in a Kyiv hospital as a child was undergoing heart surgery. A video depicts a team of surgeons continuing the operation with limited light. Other than the glow of the surgeons’ headlamps, the darkness covers the operating room. The bright overhead light typically seen in operating rooms is not powered.

“Heart surgery in Kyiv. A child is being operated on, and power goes off due to a Russian missile attack,” Kyiv Independent journalist Illia Ponomarenko tweeted. “Surgeons carry on with their batteries and power generators.”

The video is almost two minutes long and has been viewed nearly 350,000 times. It has been retweeted almost 20,000 times.

The doctors are apparently speaking Russian in the video, and one Twitter user responded to Ponomarenko’s tweet with a version of the video that included English subtitles.

“That’s how we perform heart surgery today,” the video shooter said while filming the surgeons in the operating room, adding the surgery involves cardiopulmonary bypass, which the team was hoping to power by a generator. The child is having surgery to replace two heart valves.

During the video, the person filming asks another doctor if everything is stable. When the doctor confirms, the video shooter urges the staff to “try to finish sooner.”

“Nobody knows what happened, but the operating room completely blacked out,” the person taking the video said.

“So, Russians, rejoice,” he added sarcastically at the end of the video. “Today it’s a child on the operating table. And power was completely lost in the middle of the surgery. Good job. Very humane people.”

Hundreds of Twitter users replied to the video, many of which praised the surgeons as heroes.

After the attacks, the Kyiv Independent tweeted that electricity for Kyiv residents would be reduced to two to three hours a day until power was fully restored.

“[DTEK Executive Director Dmytro] Saharuk said electricity has been restored to around 30% of the city’s residents,” The Kyiv Independent tweeted Thursday night.

Russia and Japan Have Fought Before, and It Was Won Decisively
Donald Trump Jr. Says ‘The West Ceded Moral High Ground’ to Qatar