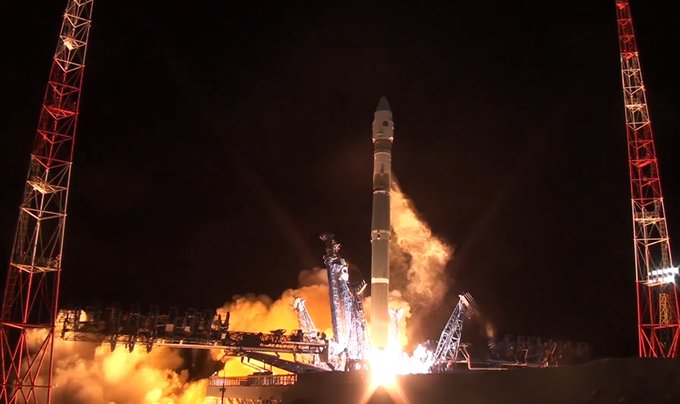 Russia’s ministry of defense sent a classified payload into orbit on a Soyuz rocket Thursday (Sept. 9), according to state media outlet TASS.

The spacecraft lifted off Thursday (Sept. 9) at 3:59 p.m. EDT (1959 GMT or 10:59 p.m. local time in Moscow) from the Plesetsk Cosmodrome in northern Russia, a Russian-language TASS report stated.

“The Soyuz-2.1v light-class launch vehicle successfully launched a spacecraft into the calculated orbit in the interests of the Russian Ministry of Defense at the appointed time,” TASS said in the terse report (machine-translated from Russian).

Video: Russian military satellite launched atop Soyuz rocket
Related: Russia wants you to buy a seat on a Soyuz mission to the space station

Another report from The Barents Observer noted the payload fairing of the massive rocket was expected to splash down somewhere in the northwest Barents Sea, north of Russia, following the launch.

Longtime Russian space observer Anatoly Zak, who runs the website Russian Space Web, wrote that the spacecraft, known as Kosmos-2551 or EMKA, has a mass of 330 pounds (150 kilograms) and will be in a near-polar orbit for reconnaissance purposes. (The advantage of a polar orbit is the Earth, over time, rotates underneath the spacecraft and allows the entire planet to be visible.)

“It is suspected to be the first Razbeg imaging satellite, an operational followon to the Kosmos-2525 EMKA test satellite,” astrophysicist and satellite tracker Jonathan McDowell of the Harvard-Smithsonian Center for Astrophysics tweeted.

Kosmos-2551 was delayed after three launch opportunities in July, and is expected to fly in low Earth orbit between 198 miles (319 kilometers) and 215 miles (347 km) above the planet. By comparison, the International Space Station’s inclined equatorial orbit is at roughly 200 miles (450 km).

This is the second EMKA satellite, Zak said on Russian Space Web. The first one launched on March 29, 2018, “apparently designed to test a new miniature Earth-imaging system.” This satellite, known as Kosmos-2525, re-entered Earth’s atmosphere on April 1, 2021, according to western data sources cited by Zak. The new launch may thus be a replacement for this older spacecraft.