Russians Protesting a Mile From Kremlin: ‘Send Putin to the Trenches’

Home /General/Russians Protesting a Mile From Kremlin: ‘Send Putin to the Trenches’ 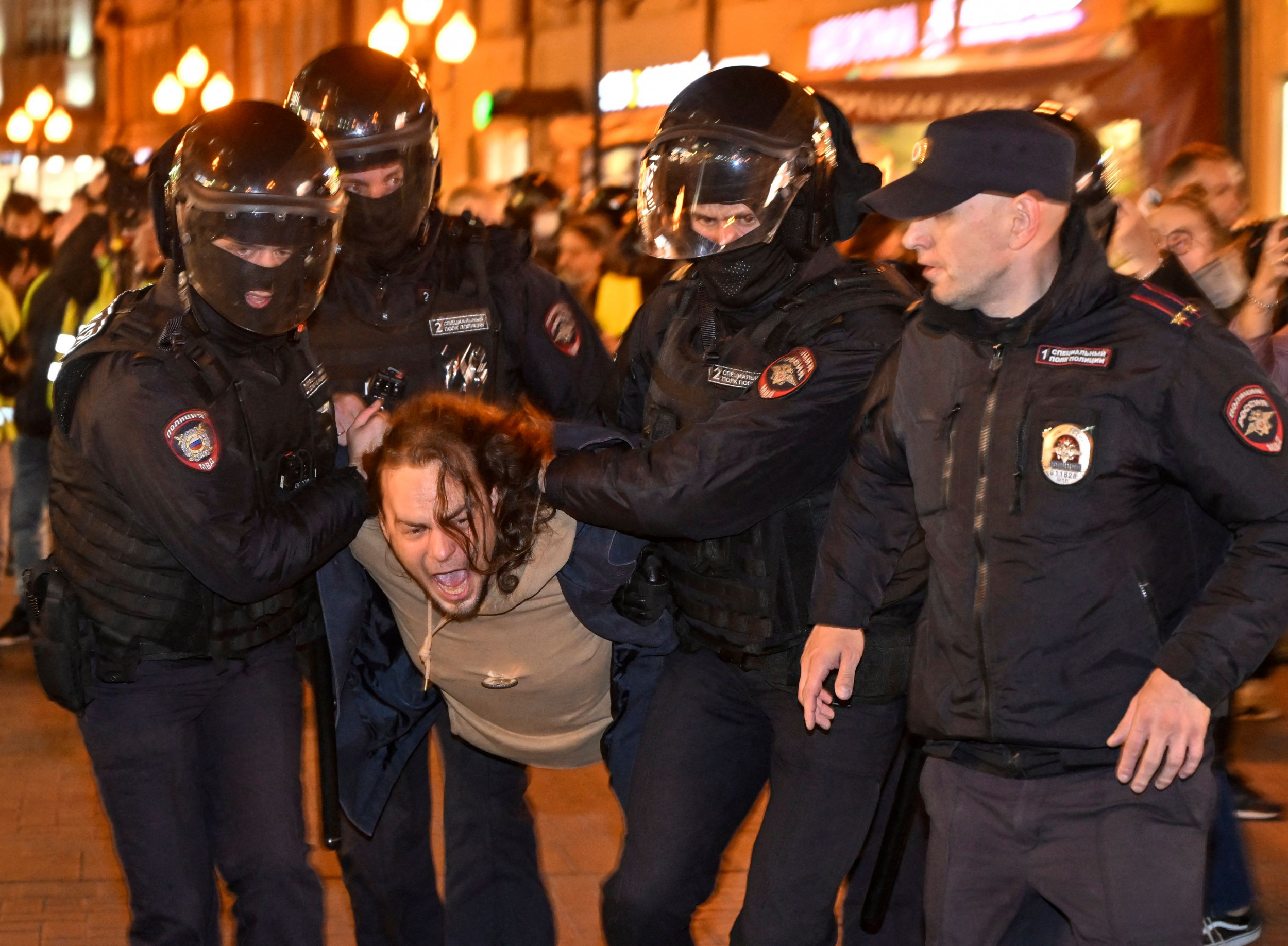 Russian citizens assembled Wednesday in the streets of Moscow to protest President Vladimir Putin’s mobilization of 300,000 additional troops in the Ukraine war.

Journalist Francis Scarr posted a video on Twitter of a nighttime crowd gathered on Moscow’s main pedestrian street of Arbat, shouting, “Send Putin to the trenches!” Arbat Street is located only about a mile from the Kremlin, Putin’s official residence.

The gathering followed Putin’s announcement on Wednesday in response to a Ukrainian counteroffensive in regions like the Donbas. Part of the mobilization includes a transfer of forces in Izyum and Balakliya for what Russian officials refer to as the continued liberation of the Donetsk People’s Republic.

Putin repeatedly referred to Ukraine as a “neo-Nazi regime,” adding that mobilization is necessary “in order to protect our Motherland, its sovereignty and territorial integrity, to ensure the security of our people and people in the liberated territories.”

The protest scene in Moscow was one of the multiple rebukes of Putin’s announcement. Demonstrations have taken place in Irkutsk in Siberia and Ulan-Ude in Russia’s far east, as well as Khabarovsk and Yakutsk.

One Russian-language petition against conscription, titled ‘Against partial and total mobilization,’ was created on change.org and has been signed over 140,000 times.

“We, the citizens of Russia, women and men, oppose general and partial mobilization,” the petition states. “President Vladimir Putin has no legal grounds, weighted and well-reasoned reasons for announcing it, and cannot have any. In the current state of uncertainty we are not prepared to expose our men – brothers, sons, husbands, fathers and grandfathers – to any moral, ethical or physical danger.”

This isn’t the first time Putin’s faced pushback to his war in Ukraine. One former close ally of Putin’s, Russian journalist Zhanna Agalakova of the state-run TV network Channel One, has returned medals awarded by the Russian president in protest.

She quit her job in protest in March due to the invasion of Ukraine, saying Wednesday that Putin is “leading the country to the abyss.”

Putin has been cracking down on dissenters, and the current round of protests, called “illegal rallies” by Russian media outlets, could lead to protesters being drafted. Putin’s allies and propagandists have said that participants would be referred to Russia’s Internal Affairs Ministry after detention and then conscripted.

Biden said there is nobody else to blame but Putin for the war that has nearly reached the seven-month mark: “No one threatened Russia and no one other than Russia sought conflict.”

In an interview with Newsweek, Russian Foreign Minister Sergey Lavrov said protection of the Donbas region and the “demilitarization and denazification” of Ukraine” remains “relevant and will be achieved, no matter how long it would take.”

Newsweek reached out to the defense ministries of Russia and Ukraine for comment.