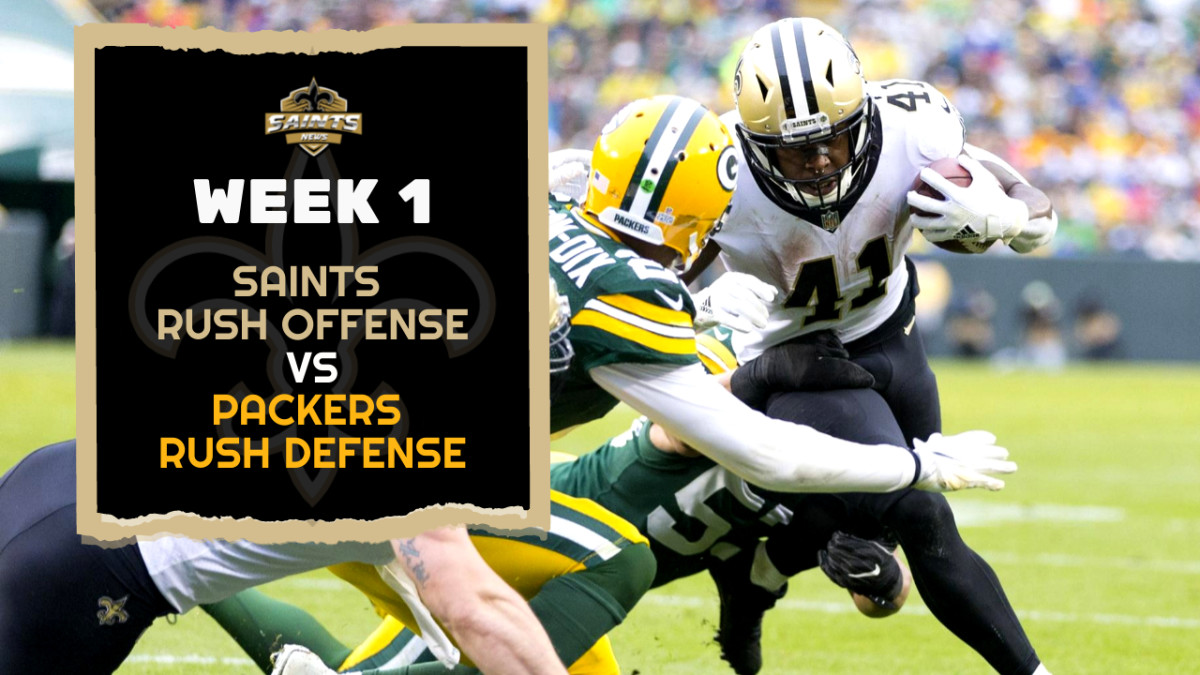 The New Orleans Saints kick off their 2021 regular season with a showdown against the Green Bay Packers on Sunday.

This clash between NFC contenders was supposed to take place in the Superdome. Because of the damage to the Gulf Coast region caused by Hurricane Ida, the game was moved to Jacksonville.

New Orleans has annually had one of the NFL’s top offenses since coach Sean Payton took the helm in 2006. Much of that success was because of QB Drew Brees and a historically efficient passing attack.

Payton’s best teams in New Orleans also included an underrated rushing attack that maintained offensive balance. Last year was no exception, as the Saints had to lean more on their running game because of injuries to Brees, their receiving corps, and a decline in the abilities of their legendary quarterback.

Brees retired this offseason, with Jameis Winston taking over starting duties. The Saints ranked fifth in points scored and 12th in total offense in 2020. Aside from Winston in place of Brees, many of the same faces will be back on offense.

One of those faces won’t be All-Pro WR Michael Thomas, at least initially. Thomas will miss the first chunk of the year while recovering from ankle surgery.

New Orleans takes on a Packers defense that was 13th in points allowed and 9th in total yardage in 2020. While all eyes will be on how Winston and the passing attack fares, the Saints may rely more heavily on their ground game.

Let’s look at how their running attack matches up against Green Bay’s defense.

The Saints were carried by their running game at times in 2020. They averaged nearly 142 yards on the ground last season, ranking sixth in the league. Their 30 rushing touchdowns were the most in the NFL.

New Orleans rushed for 2,265 yards, the highest total in Sean Payton’s 15-year tenure and the franchise’s highest output since 1983. Their 494 rushing attempts was the team’s highest total since 2000, and their 147 first downs on the ground the most in team history.

The ground assault is led by dynamic RB Alvin Kamara, the most versatile offensive weapon in the league. Kamara led the team in rushing with a career-high 932 yards, only missing a 1,000-yard campaign because he had to sit out the season finale.

Kamara’s 16 rushing scores were second in the league and a new franchise record. He had ten games of over 94 yards from scrimmage and carried the offense at times.

The rushing high-point of Kamara’s year was a career-high 155 rushing yards and an NFL-record six rushing touchdowns in a Christmas Day rout of Minnesota.

New Orleans will scheme Kamara all over the formation to get him in open space as often as possible. He’s also proven very capable of picking up tough yards between the tackles.

Over the last two years, the Saints have had arguably the NFL’s best backfield tandem of Kamara/Mark Ingram in 2017 and 2018 and Kamara/Latavius Murray in 2019 and 2020.

Murray was released earlier this week after a lackluster training camp. Replacing him is undrafted second-year RB Tony Jones Jr. Jones had an outstanding training camp and preseason. He runs with excellent vision and decisiveness between the tackles.

Taysom Hill is another player that is a major contributor to the running attack. Hill will be moved all around the formation. When used as a runner, he powers over defenders at the line of scrimmage and has an explosive burst in the open field.

The biggest key to the success of the New Orleans ground game is the performance of their offensive line, who bullies opponents up front. Much of their rushing production comes over the right side, where Pro Bowl RT Ryan Ramczyk and RG Cesar Ruiz pave the way.

The Packers ranked 13th against the run in 2020. They allowed an average of 113 yards per game on the ground, but the 4.5 yards per carry against them ranked just 21st.

Pro Bowl DT Kenny Clark leads Green Bay’s frontal charge. Clark clogs the middle and ties up multiple blockers inside with his 314-Lb frame, making the Packers difficult to run against inside.

Defensive lineman Kingsley Keke is an emerging star. His combination of size (6’3”, 288-Lbs.) and athleticism is a handful for offensive linemen. Dean Lowry, a stout run defender, rounds out Green Bay’s thin 3-4 front.

Outside linebackers Za’Darius Smith, Preston Smith, and Rashan Gary are better known as pass rushers, but all crash inside effectively against the run. Inside LB Krys Barnes struggles in space against athletic backs, but fellow ILB De’Vondre Campbell is an athletic sideline-to-sideline defender.

The Packers have an active defensive backfield that doesn’t shy away from run support. Darnell Savage is a big hitter that flies up from his free safety spot. SS Adrian Amos, the team’s leading tackler last year, is just as effective in the box as he is in coverage.

When these teams met last September, a 37-30 Packers victory, Green Bay had no answer for Kamara, who had 197 total yards and several big plays.

The Packers gave up several long gains in 2020 when a runner reached the second level of their defense because of poor discipline and positioning. Other than Campbell and rookie CB Eric Stokes, the Packers have mostly the same defensive personnel.

New Orleans had 397 total yards against Green Bay last season, including 122 on the ground. They’ll need to duplicate that rushing success to avoid a one-dimensional attack on Sunday.

The Saints need to establish early control of the line of scrimmage and Payton must stay discipline and patient with his play-calling. They’ll work Alvin Kamara all over the field, meaning Taysom Hill and Tony Jones must also be effective rushers when Kamara isn’t in the backfield.

If the Saints can establish their ground game, it will open up play-action opportunities for Winston and the receivers. It will also slow the Green Bay pass rush, allowing an inexperienced New Orleans receiving corps extra time to get open.