Sainz Has No Chance Against Leclerc at Ferrari for Now: “We Know Internally”

Home /Sports/Sainz Has No Chance Against Leclerc at Ferrari for Now: “We Know Internally” 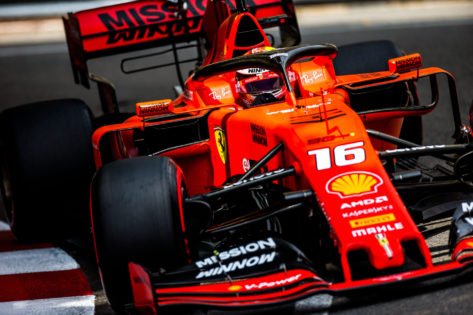 Having let go of Sebastian Vettel before the 2020 season began, Ferrari has a fresh face behind their wheel for the upcoming season. Carlos Sainz will partner up with Charles Leclerc for this year’s championship.

However, Marc Gene, who has considerable knowledge about the Maranello-based team, knows that there will be some bias towards Leclerc. The Monegasque driver will be entering his third season with the Scuderia, and hence, would have an advantage over his Spanish teammate.

The two drivers have a mammoth task ahead of them; Ferrari endured a horrible campaign last year, and hence, rely on the talents of Leclerc and Sainz to lead them forward for their quest for redemption.

Ferrari already knows who their favorite driver is

Marc Gene told Onda Cero as quoted by Soymotor, “Leclerc starts as a favorite because he knows the team much more.

“I can guarantee you that there is no number one and number two because it doesn’t make any sense. We know internally and Carlos also that Leclerc has an advantage from the start. From here, I am very sure that Carlos this year is going to be in front of Leclerc on some occasions. I expect this more from the second half of the season.”

Gene added, “The cars are both the same. They will always know what settings the partner has and can ask for exactly the same.

“Normally, it does not work for you because you have a slightly different driving than your partner. And if one has a speed higher tip, that would not have to happen.

“An engine may have one or two more horses, but you should not see a difference in speed in the telemetry.” (translated via Google)

The first day behind the new red car for Sainz

Carlos Sainz drove the new SF21 in Bahrain during the pre-season test. He had some positive things to say when piloting his new car, getting ready for the 2021 season and his first in the red overalls.

He said, “Finally, the day has come where I actually get the car that I’m going to race with. It’s been a positive day in terms of adapting to the car and feeling comfortable in the seat and with the switches  there’s been a lot of preparation in the winter and today.”

We are just weeks away from the opening race, the race will take place on the same track on March 28.

Will Ferrari favor Charles Leclerc in the 2021 season? We’ll find out soon.