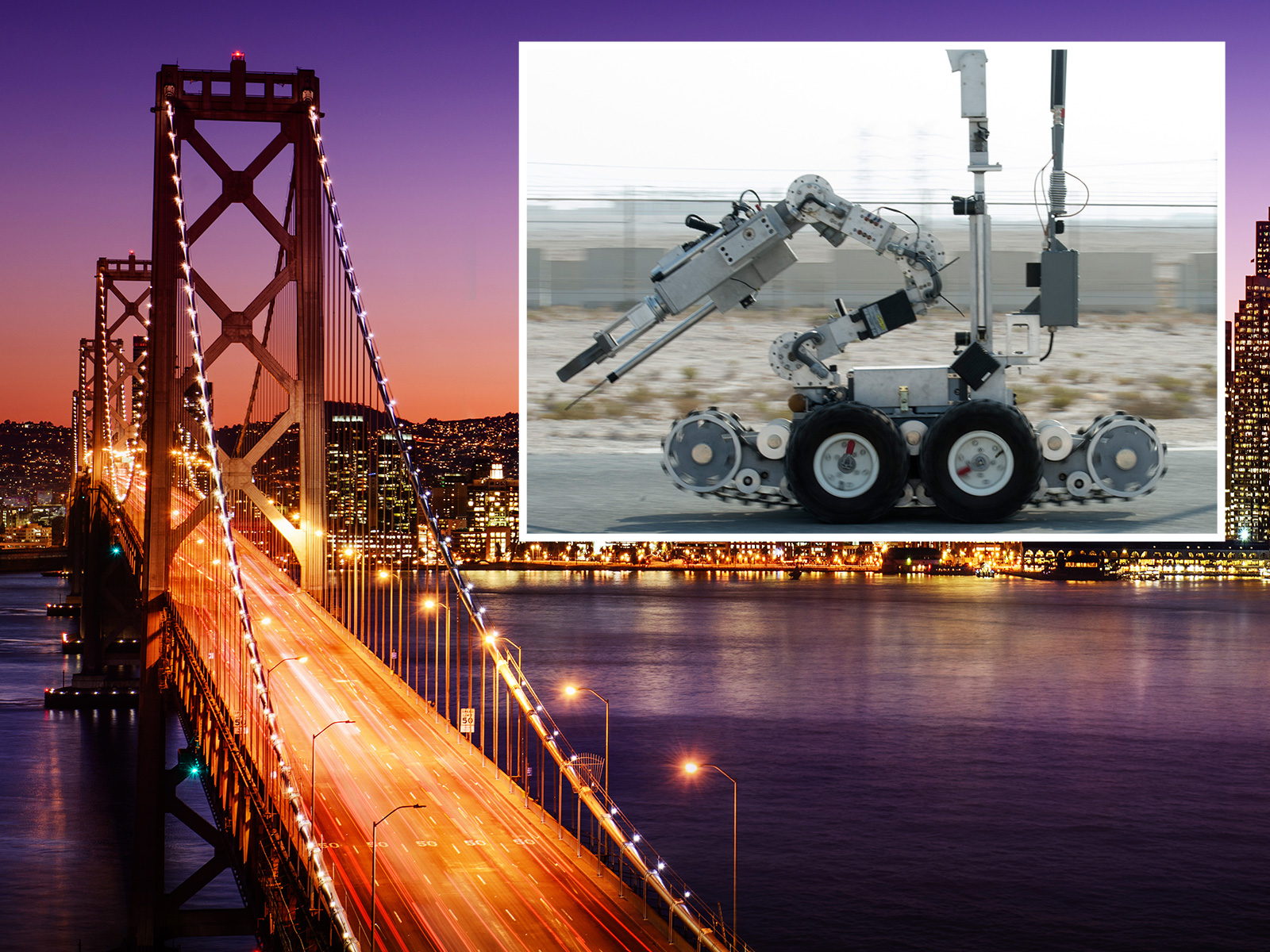 The San Francisco Police Department’s proposal to use robots with a license to kill has sparked mockery among social media users who have promptly drawn a parallel with the popular dystopian TV show Black Mirror.

According to the proposal, submitted in a document unanimously approved by the San Francisco’s rules committee last week, the SFPD would employ robots allowed to use deadly force in situations where risk of loss of life to members of the public or officers is “imminent” and “outweighs any other force option available to SFPD.”

These military-style robots—a collection of 17 remote-controlled, unmanned robots which the SFPD purchased before January this year, of which five are not functioning—would be operated only by assigned operators who have completed the required training, according to the document.

Most of these robots are used for defusing bombs or handling hazardous materials, but some of the new models have optional weapon systems.

The robots, according to the draft policy, should not be used outside of training and simulations, criminal apprehensions, critical incidents, exigent circumstances,
executing a warrant or during suspicious device assessments.

But after news of San Francisco’s draft policy broke out in the public, few shared their support for the idea. Most, on the other hand, mocked it.

“The killer robots in Chopping Mall are ludicrous and accurate,” wrote a Twitter user sharing an image of the 1986 movie about three malfunctioning high-tech security robots going on a killing spree at a shopping mall.

“I think I saw this movie. They put a psycho killer’s brain in the robot. RoboCop 2,” another wrote.

“Oh good now the police are getting armed robots to be able to more safely murder unarmed citizens in the street. Black Mirror wasn’t supposed to be prophesy why did they let people in Silicon Valley watch that one ep,” another Twitter user commented.

An episode of the British series Black Mirror, titled “Metalhead,” portrays an ominous robotic killer robot dog chasing humans (the design of the robot was inspired by Boston Dynamics’ BigDog).

According to Mission Local, who first reported on the SFPD proposal, the first draft of the policy did not contain mention of use of deadly force until Aaron Peskin, the dean of the city’s Board of Supervisors, added a line saying that “robots shall not be used as a Use of Force against any person.”

The document was then reportedly returned by the SFPD with Peskin’s line crossed out and replaced with the mention of deadly force.

The new policy is not yet effective, as it first needs to be voted on by the San Francisco Board of Supervisors on Tuesday next week.