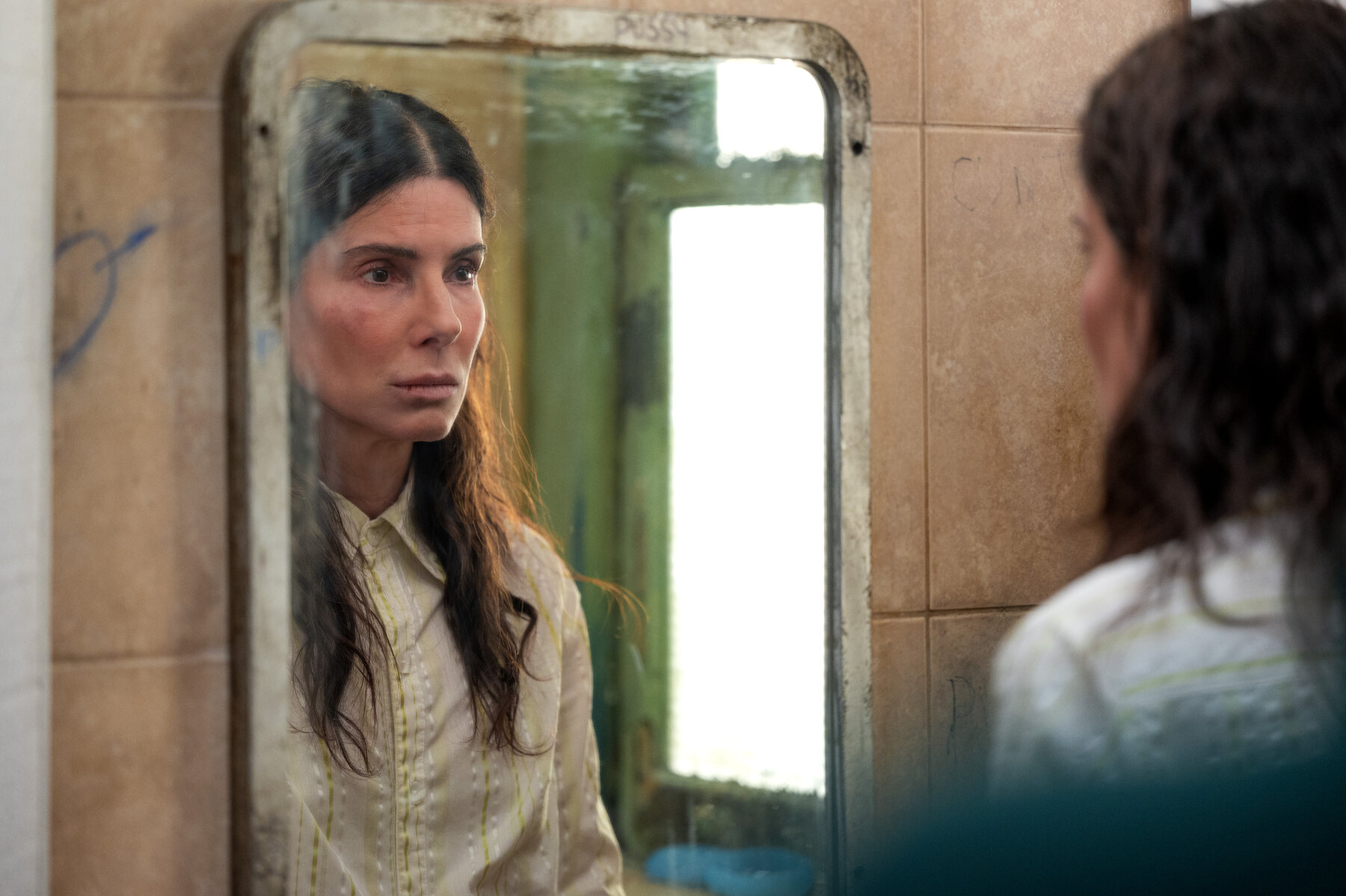 “I was in prison,” Ruth Slater, played by Sandra Bullock, says in the first few seconds of the newly released trailer for The Unforgivable — a forthcoming Netflix original movie that hits select theaters less than a month from now (and which will debut on Netflix on December 10).

Continues Bullock as Slater, recounting her time behind bars: “I just got out … I was there for 20 years.” Later, at what looks like a small-town diner, someone asks her why she went to jail. Was it an accident, whatever you did? The cold expression on Slater’s face doesn’t change. She shakes her head.

That’s the setup for this ex-con drama from Netflix, which also stars Vincent D’Onofrio and Jon Bernthal in addition to Bullock. “Released from prison after serving a sentence for a violent crime,” Netflix’s press material explains, “Ruth Slater (Bullock) re-enters a society that refuses to forgive her past. Facing severe judgment from the place she once called home, her only hope for redemption is finding the estranged younger sister she was forced to leave behind.”

Also included in the cast are Rob Morgan, as well as Viola Davis. Nora Fingscheidt, meanwhile, directed the movie. It’s based on the 2009 British miniseries Unforgiven, and this movie was written by Peter Craig, Hillary Seitz, and Courtenay Miles.

No one walks free from their past. From director Nora Fingscheidt and producer Graham King…

Reactions to The Unforgivable first look

“We started shooting in February 2020,” Fingscheidt told Entertainment Weekly. It should go without saying, however, that by mid-March, everything was essentially paused because of the coronavirus pandemic. “We came back in September and, of course, when we filmed the second half shooting was different. We had to be super, super careful, and learn how to work with COVID.”

Can Bullock effectively turn in a performance as a grizzled, newly released ex-con? Our first look at the movie is certainly intriguing along those lines. The release of the trailer on Tuesday, meanwhile, was met with pretty widespread excitement on social media. Many users on Twitter, for example, praised the cast lineup. Overall, it looks like the movie at least stands an outside chance of being potential awards bait for Bullock.

our trailer for THE UNFORGIVABLE.
this cast! 🔥 https://t.co/x4NkijAghm

Again, The Unforgivable will stream on Netflix starting December 10. The movie will be in select theaters from November 24. In the meantime, you can also check out the rest of our recent Netflix coverage — including all of next month’s new TV show and movie releases on the popular streaming service. We cover each month’s new titles, as well as offering closer looks throughout each week at the hottest series and movies available on the streamer.