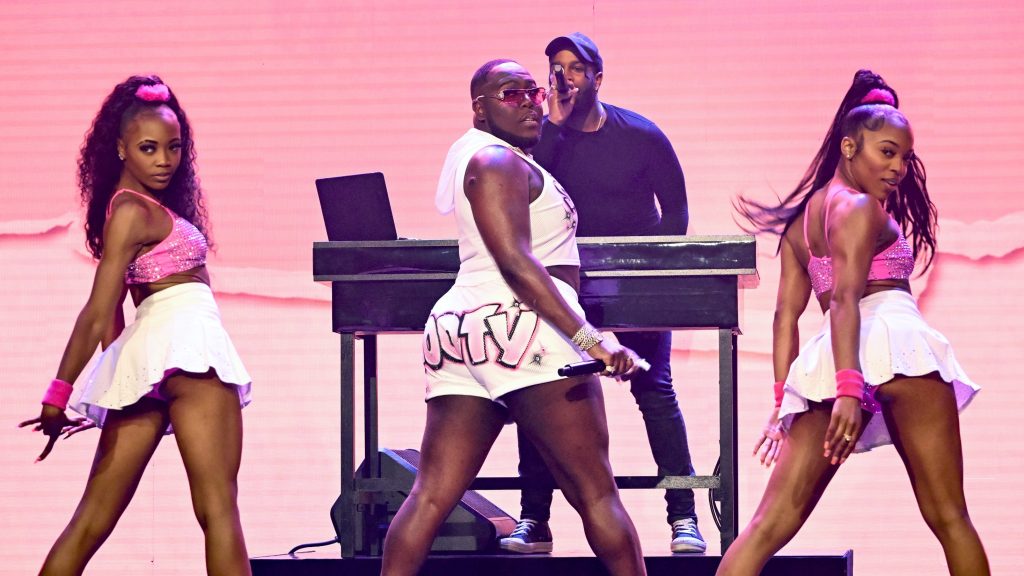 Saucy Santana made his late-night television debut on The Tonight Show with Jimmy Fallon on Thursday night (Aug. 4). Giving an entertaining live performance of his latest Latto-featured single, “Booty,” Santana left it all on the floor. Accompanied by his DJ and backup dancers, he was sure to hit every beat with his embellished shorts as he danced around the stage.

Santana became an artist to watch as his music made waves on TikTok and Instagram. His first single, “Walk Em Like a Dog,” and popular track “Here We Go,” went viral in 2019 and 2021, respectively, with the latter starting a dance craze on TikTok.

His popularity continued with his viral “Walk” single, and his hit “Material Girl” quickly rose to critical acclaim in 2020. In June of this year, he followed up with “Booty” after sharing a snippet with fans on social media. The energetic single samples Beyoncé’s iconic 2003 smash “Crazy in Love.”

The 23-year-old’s “Material Girl” fostered one of the biggest trends on TikTok and went on to be loved by fans and celebrities alike. The original “Material Girl,” Madonna, brought out Santana for a remixed performance during New York City pride event.

Check out Santana’s upbeat “Booty” performance above and behind-the-scenes footage from his song’s music video below.