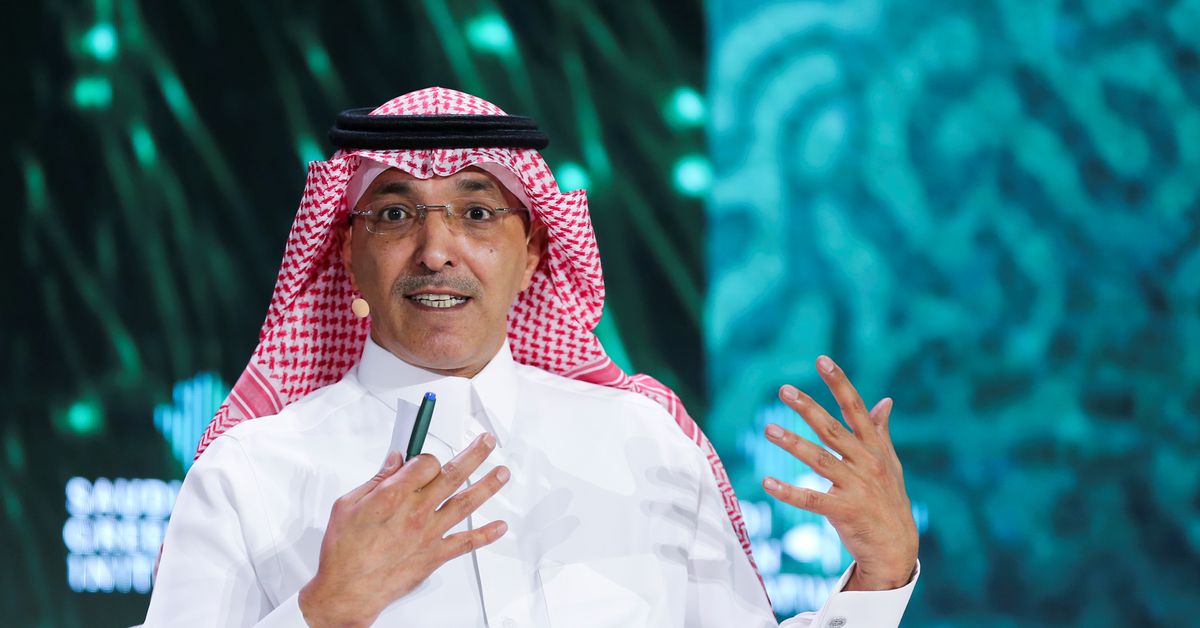 DUBAI, Oct 31 (Reuters) – Saudi Arabia has appointed financial advisers for a planned green debt issuance but has yet to decide on the format, Finance Minister Mohammed al-Jadaan said on Sunday.

He also said told Reuters in a virtual interview that Saudi Arabia’s economy was recovering well from the COVID-19 pandemic and he expected the non-oil economy to grow between 4.7%-5% this year, with overall GDP growth seen at 2.8%.

Authorities have no plans for now to adjust value-added tax, he said, after tripling it last year to 10% to offset the impact of lower oil revenue on state finances. read more

Speaking from Rome, where he attended a summit of the Group of 20 major economies, Jadaan said the kingdom, the world’s top oil exporter, was working towards a sustainable economy, revenues and energy sources.

“The sovereign has multiple projects that are green. We have a lot of solar, wind, power plants that require financing and we have multiple new plans in the pipeline,” he said.

He said Saudi Arabia had appointed financial advisers, but had yet to decide on details, such as whether the new financing would be syndicated, bonds or sukuk, local or international.

“We are working that out and we will be announcing it very soon,” he said.

Ahead of U.N. climate talks that began on Sunday in Glasgow, Scotland, Saudi Arabia said last month it planned to reach “net zero” emissions of greenhouse gases by 2060, which climate scientists say is too slow. read more

“We are very serious about climate change… (but) we need to make sure that we are also realistic when it comes to the transition,” Jadaan said.

The world’s top oil exporter has repeatedly stressed the continued importance of fossil fuels for the security of global energy supplies.

As part of economic diversification efforts, the crown prince in March announced a programme called Shareek under which the local private sector would invest 5 trillion riyals ($1.3 trillion) by 2030.

The finance minister said this was a medium to long-term programme, but that year-to-date it had achieved a total of 470 billion to 500 billion riyals of investments from private and publicly listed companies.

Sovereign wealth fund PIF, the engine of the kingdom’s economic transformation drive, also plans to inject some 150 billion riyals into the national economy each year until 2025.

Jadaan said PIF has “ample liquidity” and that there was “no thinking currently at all for any further transfers” following a $40 billion transfer from central bank foreign reserves last year to help PIF fund investments.