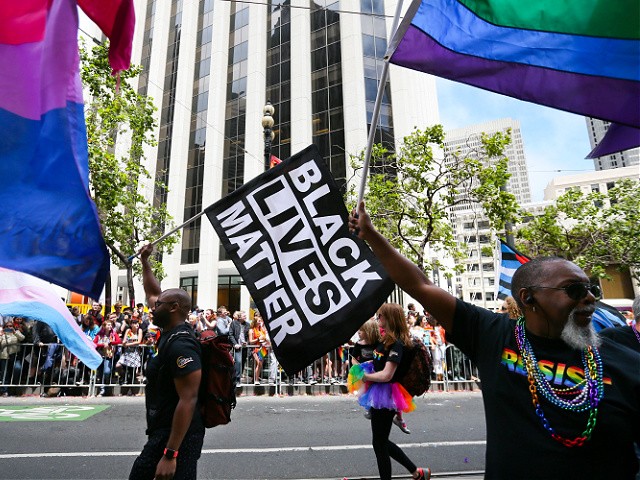 An increasing number of schools across the country are banning LGBTQ “pride” and Black Lives Matter flags, calling them too political and divisive.

“The bans have sparked concerns with many students and teachers resigning, protesting or being suspended for voicing their opinion on the schools’ action,” the U.K.’s Independent reported Wednesday.

In August, an Oregon school district voted to ban LGBTQ and Black Lives Matter flags, as well as other “political” signs and articles of clothing.

“We don’t pay our teachers to push their political views on our students. That’s not their place,” Brian Shannon, school board director and vice-chair of Newberg Public Schools, said. “Their place is to teach the approved curriculum, and that’s all this policy does, is ensure that’s happening in our schools.”

Superintendent Joe Morelock said he would meet with the district’s attorneys prior to enforcing the policy, NBC News reported.

Board member Ines Peña, who reportedly wore both a Black Lives Matter shirt and a “pride” rainbow headband during the meeting, also said students weren’t given enough of a say in the decision and discussed how some students and their families described feelings of having experienced discrimination.

“The quality of some of the stories that we heard should count more than just the number of emails that we received,” said Peña. “And I feel like that’s not being heard. The students are not being heard.”

Woke Disney+ will host a LGBTQ Pride concert aimed at kids and starring drag queen Nina West, with performances of popular Disney songs that will reportedly be re-imagined with LGBTQ themes. https://t.co/RT9bn9tu7P

Administrators say the symbols are too “politically charged,” reported the Salt Lake Tribune.

“So, no flags fly in our schools except for the flag of the United States of America,” said district spokesman Chris Williams, adding that sports team flags are an exception to the rule.

Utah Board of Education member Natalie Cline has recommended that classrooms not be a place for “identity politics,” the report noted.

“These people who want to remove the flag, they don’t understand what it means to us,” said Amanda Darrow, director of youth, family and education at the Utah Pride Center. “That flag represents love and acceptance.”

A Neosho, Missouri, teacher resigned last week after his school district responded to parents’ complaints of his display of an LGBTQ “pride” flag in his classroom, instructing the teacher to remove it. https://t.co/ZIumVFXywv

In September, John M. Wallis, a teacher from Neosho, Missouri, resigned after his school district responded to parents’ complaints of his display of an LGBTQ “pride” flag in his classroom with instructions to remove it.

“I was then asked to sign a letter that stated I would not discuss human sexuality or my own personal sexuality in the classroom and could have no displays or coursework on those subjects,” the teacher tweeted in a thread that is no longer public. “This action was the reason for my resignation.”

Wallis, 22, filed a complaint with the U.S. Department of Education’s Office of Civil Rights.

“There is never a problem when a heterosexual teacher displays pictures of themselves and their spouses in a classroom but I have a flag and all hell breaks loose,” he complained, according to a report at the Springfield News-Leader.

Mary Emily O’Hara of LGBTQ activist group GLAAD, told Yahoo Life that flag bans “are harmful messages that youth and adults alike recognise as hurtful discrimination, when the message should be that we include, protect and value the most vulnerable among us.”

“Displaying an LGBTQ pride flag is an inclusive and harmless way to show LGBTQ people they are welcome and safe,” O’Hara said.

But Newberg, Oregon’s school board director Shannon said the flag ban policy’s main purpose is to “get political symbols and divisive symbols out of our schools so we can focus on the already difficult task of educating our students in the core subjects.”