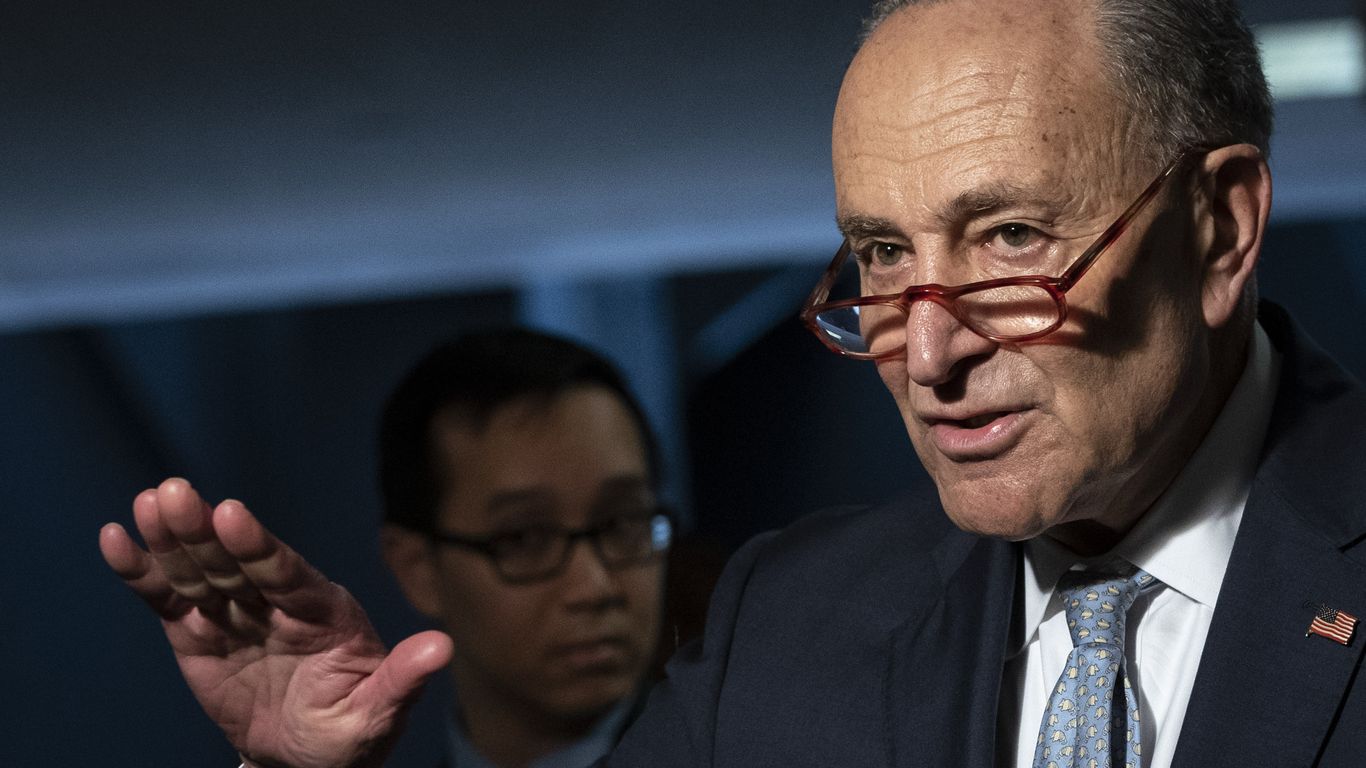 Democratic leaders have found a mechanism to enable them to bypass an initial Republican filibuster and debate the party’s sweeping elections reform bills, according to a new leadership memo obtained by Axios.

Why it matters: The strategy is the latest example of how Democrats are seeking new ways to try to bypass Senate procedures that are blocking their agenda. But the ultimate outcome will likely be the same: insufficient support to change the 60-vote threshold needed to pass sweeping voting rights reforms.

Driving the news: The House is expected to take up an amendment in the coming days related to NASA leasing “underutilized” property to private groups. Democratic leaders are referring to this as the “shell bill.”

Between the lines: This would allow the Senate — for the first time — to quickly take up the bill and debate it on the floor.

Worth noting: This wonky process is similar to the strategy Congress used last month to quickly take up and eventually pass a debt limit increase and avoid a default.

Be smart: Regardless of this new tactic, the Senate would still need to lower the 60-vote filibuster in order to pass the Freedom to Vote Act and the John Lewis Voting Rights Advancement Acts in the face of Republicans’ total opposition to the bills.

What they’re saying: “Taking advantage of this existing exception to the Senate’s supermajority requirements will allow us to end the Republicans’ ability to block debate on voting rights legislation,” Schumer said in the memo to Senate Democrats.

What’s next: The House is expected to vote on the “shell bill” as early as tomorrow, and then the Senate will immediately take up the bill.