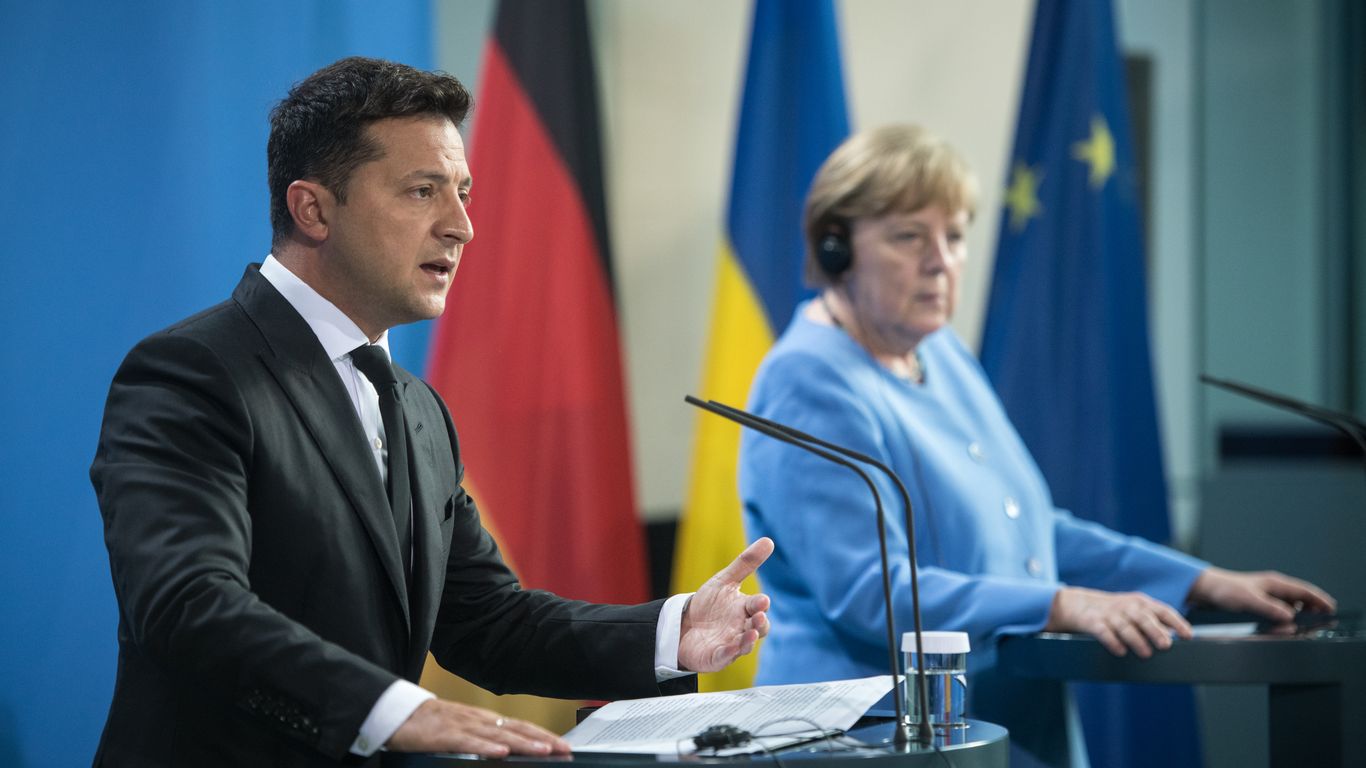 The soon-to-be-announced deal between the U.S. and Germany on the Nord Stream 2 pipeline falls well short of Ukraine’s hopes and fails to address the country’s national security concerns, an adviser to President Volodymyr Zelensky tells Axios.

Why it matters: The deal is designed to allay concerns in Kyiv and on Capitol Hill about the imminent completion of the Russia-to-Germany gas pipeline, which the Biden administration itself has condemned as “a Kremlin geopolitical project that threatens European energy security.”

Behind the scenes: The deal has been finalized in the wake of Merkel’s visit to D.C., and as the U.S. and Ukraine worked to set a date for Zelensky’s visit to Washington.

Between the lines: The fact that the date was discussed in the same conversations in which senior U.S. officials were seeking Ukraine’s support for the U.S.-Germany deal led the Ukrainians to believe their reaction to the deal could have bearing on the visit.

State of play: Republicans in Congress are already lining up to bash the deal, and the Ukrainians are deeply concerned about its contents.

Driving the news: The Biden administration argued today that it was Donald Trump who missed a chance to stop the pipeline by implementing sanctions sooner, and that they secured the best deal they could from Germany to effectively drop their opposition to a pipeline that was 90% complete when they took office.

Ukraine had pushed for a deal that would link the Nord Stream issue directly with Ukrainian national security, either through a pledge of military support or a long-term commitment to Ukraine’s development that would send a signal to Russia.

Worth noting: Zelensky’s visit was announced a day after the Ukrainian president criticized Biden’s approach to Nord Stream 2 in an interview with Axios and pleaded for a meeting before the June Biden-Putin summit.

Editor’s Note: This story has been updated with White House confirmation of the date of Zelensky’s visit.