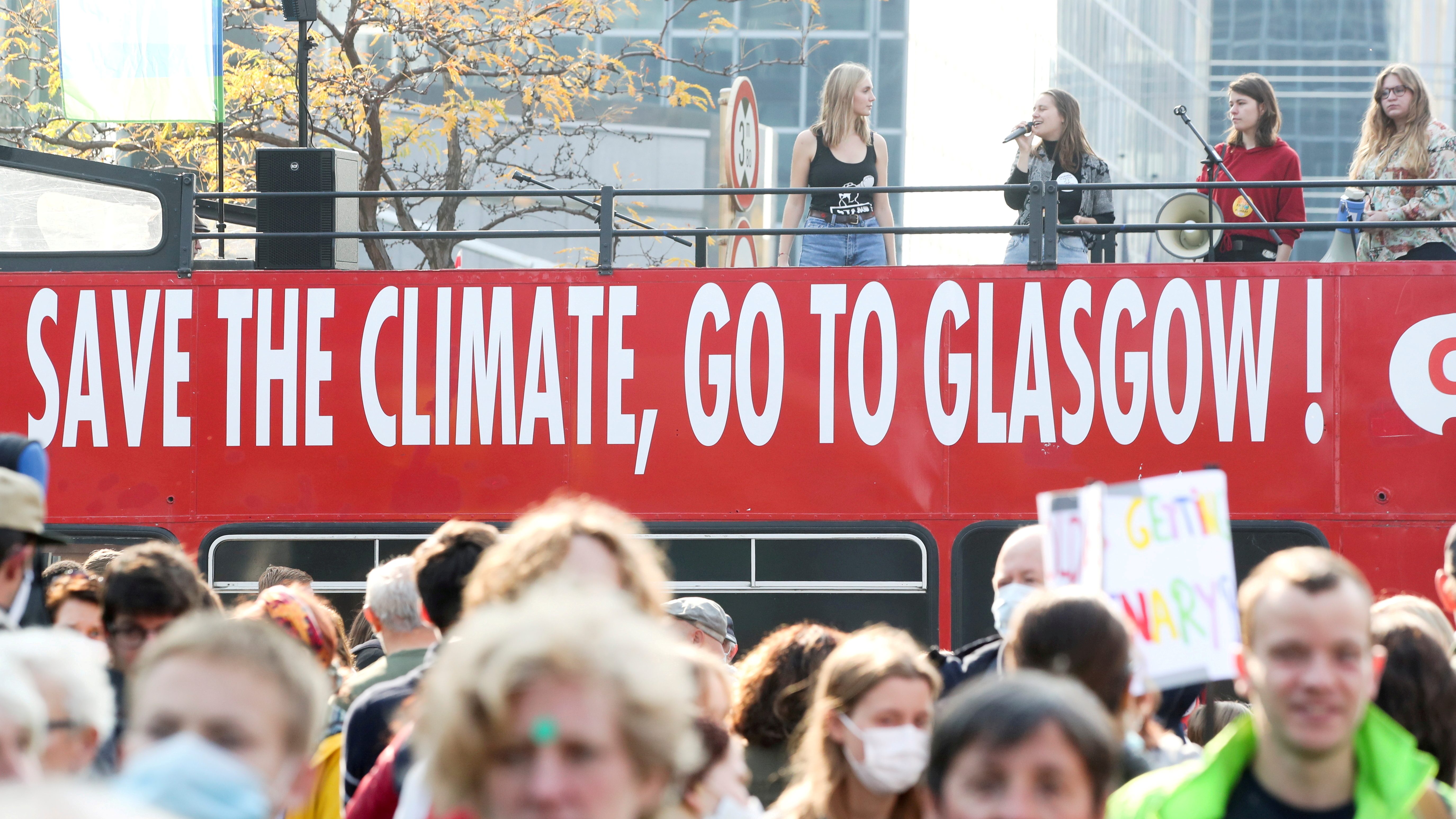 Scottish rail workers have voted overwhelmingly to strike during the COP26 climate meeting, using the global attention on Glasgow as leverage for ongoing negotiations over pay.

Bus drivers, garbage collectors, school cleaners, and janitors, also plan to go on strike during the summit, and there could be chaos. Glasgow’s functioning and physical appearance would hit a note contrary to the goals of the summit—one of a world awash in trash and without sustainable infrastructure.

“This the irony of it,” said Mick Lynch, secretary-general of the National Union of Rail, Maritime, and Transport Workers (RMT), ”Rail jobs are green jobs.” The workers operating urban public transport, he says, provide a service that is essential to green transport. “You can’t have climate justice without pay justice,” he added.

In 2015, the Paris Agreement adopted during COP21 noted that a “just transition“—the idea that as economies switch to more sustainable systems, governments should take into account the fair employment of people who are affected—is an essential dimension of climate change. It’s a provision that the International Transport Workers’ Federation (ITF) is invoking as the RMT strike looms over COP26.

“It is a powerful reminder of the central role that workers must play in any transition to a green future,” said Stephen Cotton, general secretary of the ITF.

How likely are the strikes to happen?

On Oct. 14, 84% of RMT’s members voted to move ahead with a strike spanning the period of the COP26 summit, from Oct. 31 to Nov. 12. Lynch says the offer of a 4.7% raise over two years is less than projected inflation in the UK and amounts to a “pay cut.”

Lynch insists rail workers do not want to strike during the climate meeting. “It doesn’t have to be this way,” he says. “There’s still an opportunity to get it done.”

According to BBC News, ScotRail defended the raise as “a strong offer,” given the financial position of the rail system following the drop in ridership during the pandemic. Scotland’s transport minister, Graeme Dey, said he is “not optimistic” that they would be able to avoid a rail strike during COP26.

How could this affect the meetings?

Glasgow is expecting more than 30,000 visitors, including some 120 world leaders. The transport ministry is warning of widespread disruption, and says it is working on contingency plans including limited rail service across the city and between Glasgow and Edinburgh, operated by managers and supervisors that are not members of the union.

The organizers of COP26 have laid out its sustainability goals, including encouraging attendees to use public transport along with walking and bicycling, and using electric and low-emission vehicles. If the strike pushes through, some attendees may have to rent cars, undermining the organizers’ goal “to be a carbon-neutral conference, with sustainability at its core.”

“There will be disruption. It won’t just affect COP26—it will affect the wider traveling public,” Dey told BBC News. “It will be extensive—there is no doubt about that but we are working flat out to try and ensure that as many trains as possible are running.”

What does this have to do with climate change?

The transition from a fossil fuel-driven economy to a sustainable one will require cataclysmic transformations of existing systems. The International Labor Organization, a United Nations agency, estimates that a new green economy will create a net increase of 24 million jobs globally. However, millions of workers will be affected during the transition. Some will lose their jobs, especially those directly related to the fossil fuel industry. or their tasks may fundamentally change.

The concept of a just transition, as laid out by the ILO, aims to steer governments towards making provisions for workers as they shift to greener economies, and create well-paying jobs that bring down a country’s poverty rate.

The RMT strike has been brewing for a long time, independently of the COP26 conference in Glasgow. But Jeremy Anderson, who leads sustainability for the ITF, says the strike shows the difficulty of protecting workers’ rights, and including their input as governments solidify their decarbonization plans, and investments pour into sustainability projects.

“It’s very worrying that COP26 does not even recognize the crucial role that these workers have,” Anderson said. “This is an example of how not to do a just transition.”