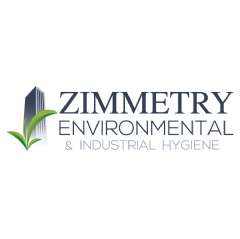 With over 20 million Americans smoking marijuana on a monthly basis, and millions more smoking tobacco, a lot of other people are being exposed to secondhand smoke and the residues left behind on indoor surfaces.

It has long been recognized that exposure to secondhand smoke can be a threat to a person’s health. For those who do not smoke, many do not have a choice when being exposed to secondhand smoke and the thousands of chemicals found in tobacco smoke, including about 70 known to cause cancer according to the Centers for Disease Control and Prevention (CDC).

CDC reports that secondhand smoke, sometimes referred to as environmental tobacco smoke (ETS), is a known cause of sudden infant death syndrome (SIDS), respiratory infections, ear infections, and asthma attacks in infants and children. It is also associated with heart disease, stroke and lung cancer in adult nonsmokers.

Marijuana smoke is also an issue for many. According to the CDC, smoked marijuana has many of the same cancer-causing substances as smoked tobacco. It also contains tetrahydrocannabinol (THC), the chemical responsible for most of marijuana’s psychological effects. The smoke is a complex mixture of many chemicals and particulate matter (PM). Exposure to PM can cause lung irritation, may trigger an asthma attack in some people with the condition, and can be a concern for people who have lung diseases.

“With over 20 million Americans smoking marijuana on a monthly basis, and millions more smoking tobacco, a lot of other people are being exposed to secondhand smoke and the residues left behind on indoor surfaces,” said Harry Pena, President of Zimmetry Environmental. “These residues cause odors, discoloration of surfaces, and they contain a host of chemicals, including THC when marijuana has been used.”

Zimmetry also recently sponsored an educational video about secondhand marijuana smoke exposure risks that can be seen at: https://youtu.be/Yld5gP8Hz2M

To learn more about this or other indoor air quality, building science, and environmental compliance testing and consulting services, please visit www.zimmetry.com, call (787) 995.0005 or email info@zimmetry.com .