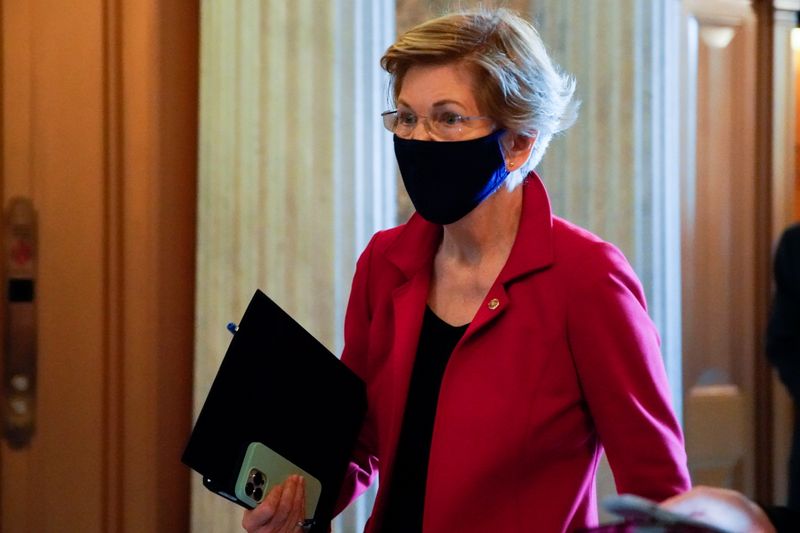 The proposal, part of a two-pronged legislative strategy to curtail tax avoidance by corporations and the wealthy, was put forward by Senator Elizabeth Warren and Senate Finance Committee Chairman Ron Wyden, both Democrats, along with Senator Angus King, an independent who caucuses with the Democrats.

The corporate minimum tax targets public and privately owned companies that post more than $1 billion in annual profits over a three-year period.

The lawmakers said it would dovetail with the global corporate minimum tax agreed by 136 countries https://www.reuters.com/business/finance/us-treasurys-yellen-confident-congress-will-pass-global-minimum-tax-2021-10-10, which is aimed at corporations that pay little or no tax by gaming the international tax system.

“What we have put together is built around the proposition that corporations ought to pay their fair share and profitable corporations should never pay zero tax,” Wyden told reporters.

The corporate tax would apply to around 200 companies and raise hundreds of billions of dollars over a decade, the lawmakers said.

Wyden said he will also unveil a new “billionaires tax” that would impose a levy on individuals with unrealized assets worth more than $1 billion and a three consecutive years of annual income of $100 million.

The White House signaled support for the legislation, saying Biden would continue to fight to include it in his “Build Back Better” bill. The three lawmakers also predicted widespread backing from the 50-member Senate Democratic caucus, including moderate Senator Joe Manchin.

But the strategy, particularly the more unconventional billionaires tax, could face pushback from Democrats in the House of Representatives, who favor more straightforward hikes in tax rates for corporations and wealthy individuals to pay for Biden’s plan.

Democratic Senator Kyrsten Sinema, a moderate who had opposed raising the corporate tax rate, said the proposal unveiled on Tuesday represented a “common sense” step toward ensuring that highly profitable companies pay what she called a “reasonable minimum corporate tax” on their profits.

Democrats had shifted their plans on taxation in the face of Sinema’s opposition to raising the corporate tax rate and the top personal income tax rate to pay for the hefty spending plan, which is a pillar of Biden’s domestic agenda.