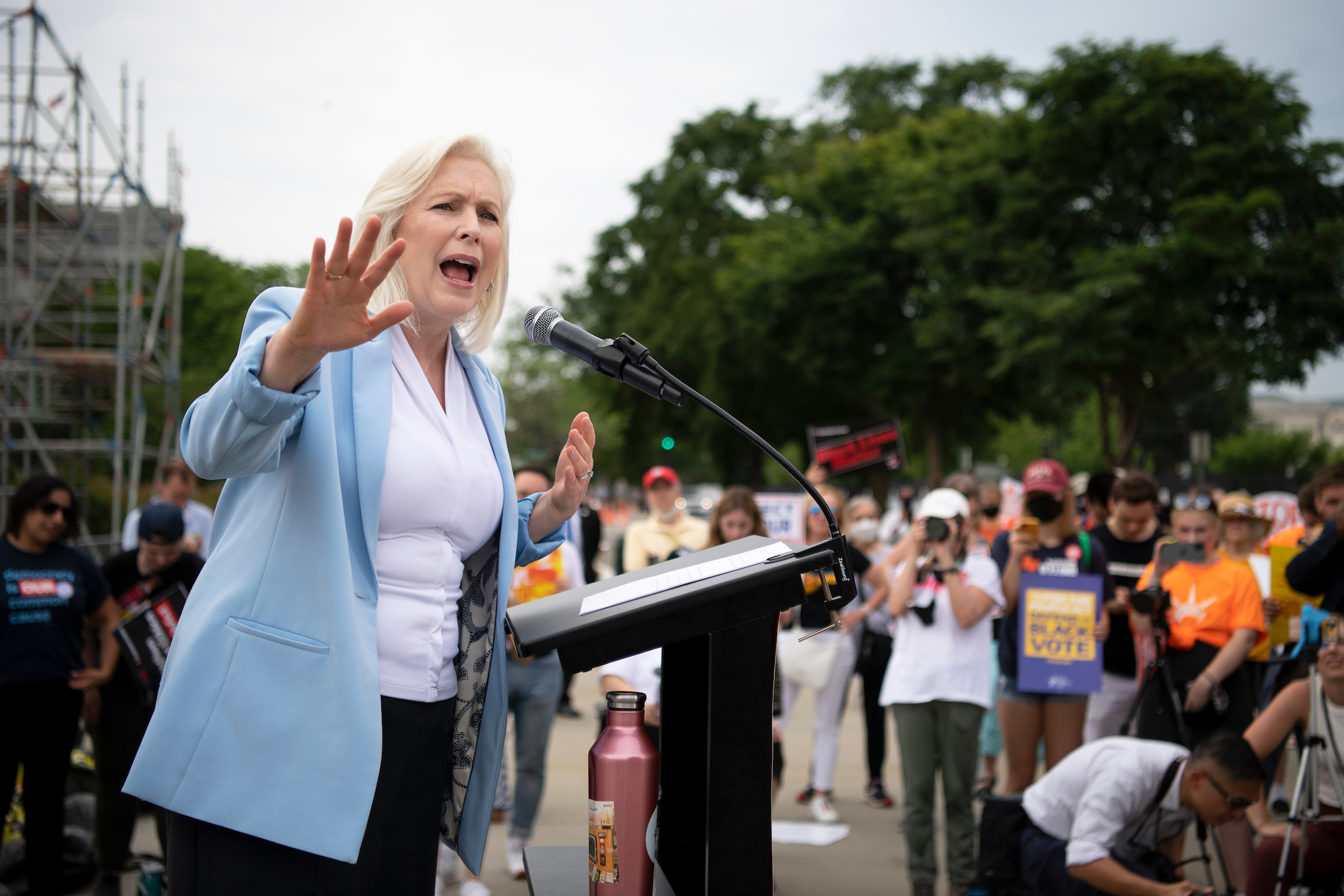 A bipartisan group of senators criticized the Defense Department on Tuesday for moving too slowly to combat sexual assault in the ranks.

The group of eight senators, including three who serve on the Armed Services Committee, made their views known in a letter to Defense Secretary Lloyd J. Austin III that was obtained by CQ Roll Call.

The senators expressed their “disappointment and concern” with the Pentagon’s “vague approach and lax timeline,” in particular Austin’s decision to take up to nine years to implement key elements of the department’s response to the problem.

“The men and women who serve in our military cannot continue to operate another day, let alone another decade, under a chain of command that is unwilling or incapable of taking decisive action to address this epidemic,” the senators wrote. “A problem of this magnitude demands an immediate, proportionate response.”

Gillibrand, Blumenthal and Ernst serve on the Armed Services Committee.

In late June, a Pentagon-chartered panel called the Independent Review Commission released a report with 82 recommendations on how the U.S. military could improve the prevention of and response to the problem of sexual assault among servicemembers. The proposals included moving the power to decide whether to prosecute such crimes away from senior officers in the chain of command and giving it to what would become new offices of trained prosecutors in each of the services.

On Sept. 22, Austin announced the department’s implementation plan. The response — setting up new billets, preparing training materials and the like — would roll out in phases, he said. Some actions are already underway, but the soonest deadlines for completing the first of four “tiers” of actions would occur in 2027, and the latest in 2030.

By sharp contrast, the authors of the letter form part of a 66-senator supermajority that has backed legislation to implement the core of the recommendations in just six months. Moreover, that group has advocated professionalizing prosecution of not just sexual crimes in the military but nearly all major offenses.

In their letter on Tuesday, the eight senators asked Austin to brief their offices by Nov. 30 on how he intends to make changes, such as creating the new prosecutors’ offices, “in no later than six months,” as opposed to years.

The difference between the Pentagon’s timeline and the one envisioned by majorities in both chambers on Capitol Hill is stark. In fact, Austin’s schedule may soon be supplanted by a law requiring faster changes than he plans.

The six-month timeline endorsed by the letter’s signatories is part of the Senate Armed Services Committee’s National Defense Authorization Act bill. That bill has yet to come to the Senate floor, let alone be reconciled with the House’s NDAA, which that chamber has already passed.

According to the bill, the two offices have overlapping responsibility for making prosecution decisions on nine types of crimes.

The overlap in duties and the differences in timelines, among other issues, still must be reconciled. That will be done either by Congress in the final version of the NDAA, or by the Pentagon, when it implements the law.

Regardless of what the NDAA ends up stipulating, Congress is on track to send President Joe Biden an NDAA that makes most major changes within two years, and perhaps within six months — a far cry from the Pentagon’s 2030 goal.

Given the magnitude of the problem, the senators told Austin in Tuesday’s letter, “the Department has no valid reason not to keep its foot on the gas.”