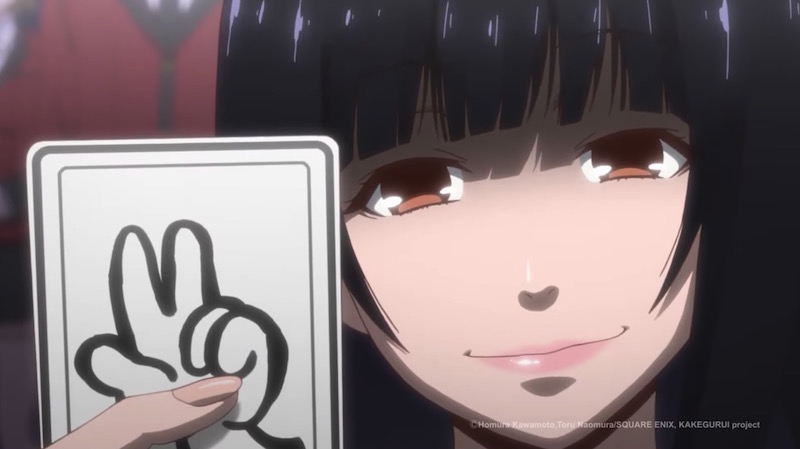 Sentai Filmworks recently announced the license of the Kakegurui XX anime for home video, but before that we have the first season of Kakegurui to look forward to. The high-stakes gamble comes to Blu-ray on November 30, and Sentai Filmworks shared a new English dub clip along with the full cast list for the series.

First up, here’s the preview:

Here’s how Sentai describes the Kakegurui anime, which adapts the manga by Homura Kawamoto and Toru Naomura:

Only the extremely rich can enroll at Hyakkaou Private Academy, but few remain that way and many lose more than everything. Run by a corrupt and sadistic school council, the “system” at Hyakkaou is based on gambling, with losers who are unable to cover their debts being demeaned by their peers and forced to serve their debtholders. And if that’s not terrifying enough, some games can result in losing an eye, one’s fingernails, or even their life! But the system is shocked when transfer student Yumeko Jabami arrives. Dark, mysterious and attractive, she’s a wildcard who plays for the thrill of it… and to maintain her habit, she’s become insanely skilled. The odds are rigged, and the council will stop at nothing to destroy her, but they’re about to be steamrolled by a high roller from Hell in KAKEGURUI!