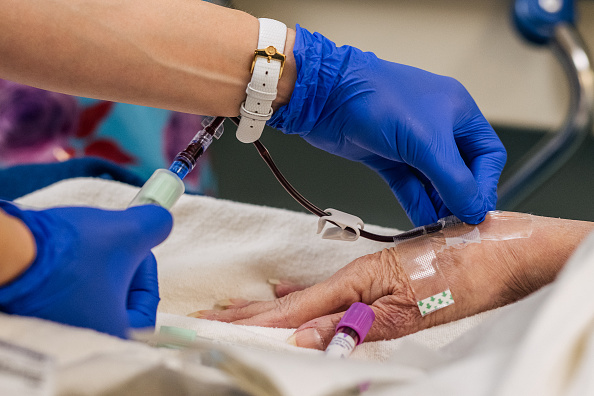 Serial killer William Davis has been sentenced to death for killing at least four patients while he worked at a hospital in Tyler, Texas.

After nearly two hours of deliberation, a jury reached its decision on Wednesday afternoon and handed Davis the death penalty.

Davis—who served as a nurse at Christus Trinity Mother Frances, per the Associated Press—was convicted on a charge of capital murder last Tuesday after a three-week trial found that he killed at least four patients in a months-long murder spree between June 2017 and January 2018.

Prosecutors said the former nurse may be connected to six more alleged victims.

All four of Davis’ victims—Chris Greenway, Joseph Kalina, John Lafferty and Ronald Clark—were healthy and recovering in the ICU from heart surgery when they suffered seizure-like episodes without going into a seizure.

Heart specialists testified in an arrest warrant that all of them died in the same manner, with one expert concluding, “these patients were intentionally injected with air through their radial artery lines by William Davis. I can find no other logical explanation for the events described above.”

Davis was arrested in 2018 after hospital officials saw an “anomaly” of similar deaths, according to the warrant.

In the last three weeks, the prosecution, led by Smith County District Attorney Jacob Putman, called dozens of witnesses from family members of the victims to surgeons and nurses who treated the victims.

Tiffany Farmacka, the daughter of Clark, said she felt as though Davis killed her entire family, saying she lost her brother to grief while her mother became “just a shell of what she was.”

“We don’t trust anybody as much as we do than the people at the hospital. It’s when we’re at our most vulnerable… Nobody could imagine someone being that evil,” Putnam said last week.

During the sentencing phase, investigators also played two phone calls Davis made from jail only hours before the verdict was handed down.

In one call, Davis admitted to his ex-wife that he attempted to prolong the patients’ stay in the ICU so he could pick up extra shifts to make more money. In another, he and his brother slammed the jury for not deliberating longer, showing little remorse for his actions.

“It’s hard enough to hear about it. But you don’t have to live it. It wasn’t your parent that was murdered As hard as it was for you to hear about it, it wasn’t hard for him to do it,” Putman told the jury on Wednesday.

Davis’ case will be automatically appealed to the Texas Court of Criminal Appeals.