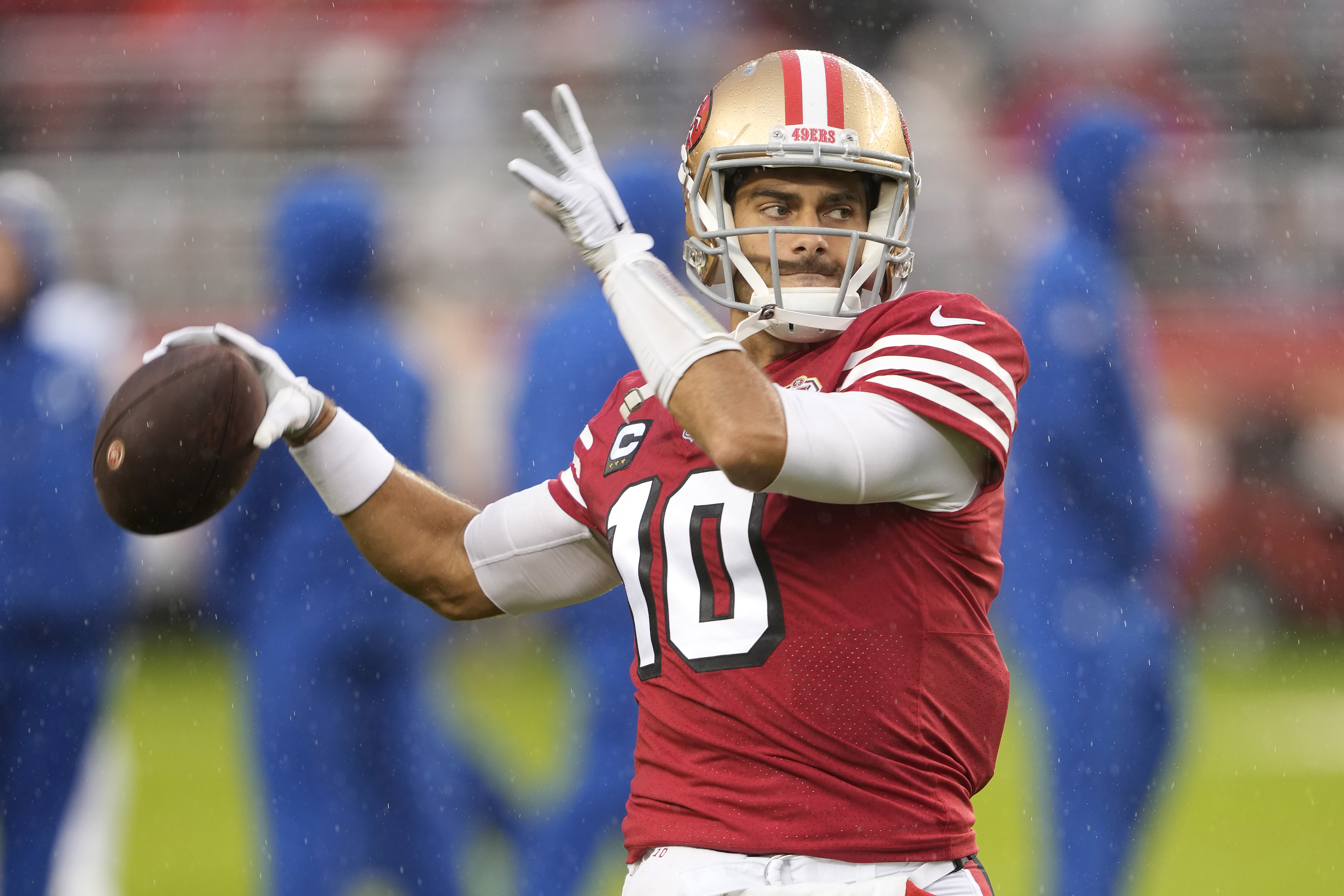 In @SethWickersham’s book, he reports that the Patriots called the 49ers asking about Jimmy Garoppolo’s trade value on Day 1 of the draft. New England reportedly offered a 2nd; San Francisco wanted a 1st

Any truth to the report that the Patriots offered a second-round pick for Jimmy Garoppolo during the draft?

“I’d also like to not keep answering questions about a book,” Shanahan added. “I promise if that was the case, then I would have talked to their head coach.”

Kyle Shanahan says the #Patriots didn’t offer a 2nd round pick to the #49ers for Jimmy Garoppolo around the time of the 2021 draft.pic.twitter.com/WRux1VkAeR

It isn’t hard to draw a link between the Patriots and Garoppolo.

The 29-year-old spent the first three years of his career in New England, serving as Tom Brady’s backup. In the 2017 season, the Pats traded Jimmy G to the Niners for a second-round pick.

Patriots owner Robert Kraft reportedly mandated Belichick to trade Garoppolo, per ESPN’s Seth Wickersham. The quarterback was set to hit free agency in the 2018 offseason after turning down long-term extension offers from the team.

But the Patriots head coach also “believed that Garoppolo would excel under [Kyle] Shanahan” and had also “long admired Kyle’s father, Mike, who not only had been one of the NFL’s smartest tacticians but had also personally defended Belichick to commissioner Roger Goodell during the Spygate scandal.”

According to Wickersham, Belichick didn’t want to trade Jimmy G. He hoped to make him Brady’s eventual successor and was “furious and demoralized” when the trade mandate was passed down. But he obliged Kraft.

If the Patriots were interested in re-acquiring Garoppolo this past offseason, it wouldn’t have come as a huge surprise. Belichick clearly held him in high regard. Likewise, the Niners fielding calls on the veteran quarterback after they used the No. 3 overall pick on quarterback Trey Lance wouldn’t have raised many eyebrows around the NFL.

The dots would be easy enough to connect. But Shanahan pretty firmly denied any trade talks from this past offseason on Wednesday. And once the Pats drafted Mac Jones with their own first-round pick, it all became a moot point anyhow.