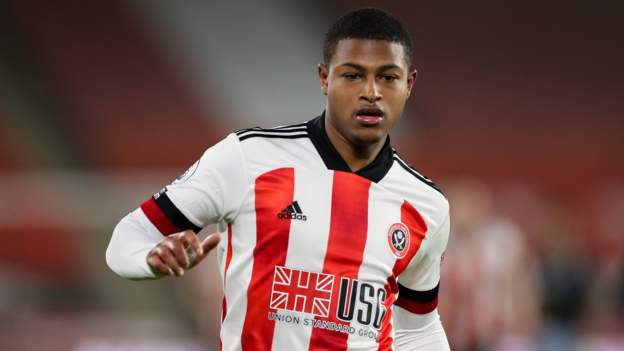 Sheffield United say they will support striker Rhian Brewster after he became the latest player to be subjected to racist abuse on social media.

The Premier League side said it would work with authorities to “ensure the person behind the post is brought to justice”.

“As a club we applaud Rhian for bringing the disgusting message sent to him to light,” it added.

Brewster is one of a number of Premier League players to have been racially abused on social media in recent months, including Manchester United trio Marcus Rashford, Anthony Martial and Axel Tuanzebe, and Chelsea defenders Antonio Rudiger and Reece James.

Facebook, which owns Instagram, said last month that it was “horrified” at the continued online abuse of footballers and announced what it said were tougher measures to tackle the issue.

The UK government has threatened social media companies with “large fines” which could amount to “billions of pounds” if they fail to tackle abuse on their platforms.

Celtic v Rangers match to go ahead after call-off warning
SonicFox dominates at MK11, Soulcalibur VI next at WePlayUFL