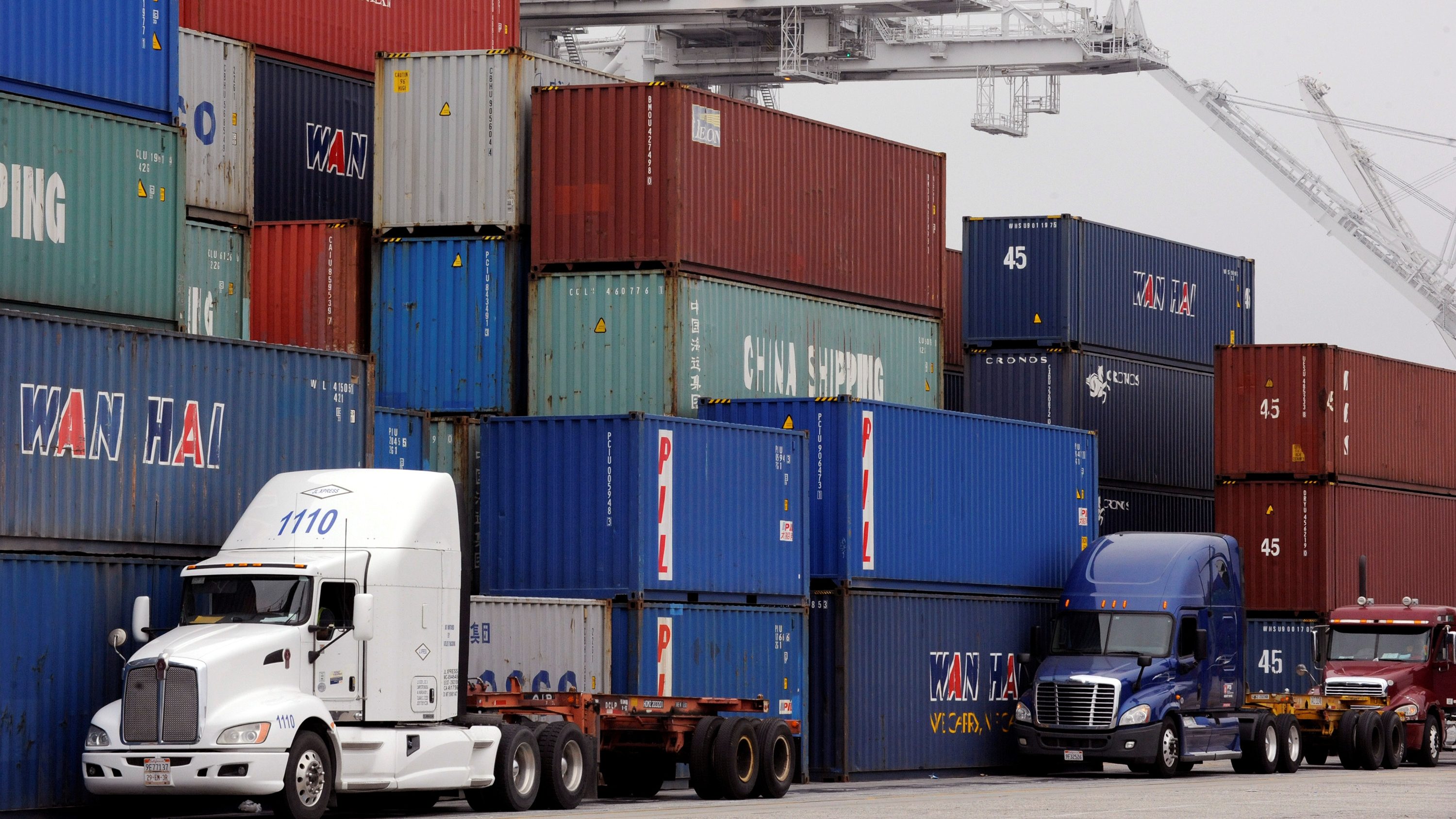 ﻿Officials in Long Beach, California are trying out an unusual tactic to ease congestion at the city’s port, one of the busiest and most backlogged in the US: stacking shipping containers to record heights.

A lack of storage space for containers is one of the major bottlenecks at the ports in Long Beach and Los Angeles. Empty containers are piling up at truck yards, outside warehouses, and parking lots near the port. Some empty containers are stuck on the backs of trucks because they have nowhere else to go. The congestion means truckers can no longer bring the boxes they’ve unloaded back to the ports because there’s no room to store them. It’s a vicious cycle that only exacerbates the backlogs at the ports as they try to unload ships stuffed with record levels of cargo.

Ryan Petersen, CEO of the freight forwarding company Flexport, called on Long Beach and Los Angeles to ease zoning rules that bar truck yards from stacking containers more than two high to free up more trucks to pick up cargo from the ports. During an Oct. 22 tour of the Long Beach port complex, Petersen wrote in a viral Twitter thread that “terminals are simply overflowing with containers, which means they no longer have space to take in new containers either from ships or land. It’s a true traffic jam.”

Hours later, Long Beach listened; the city manager temporarily eased the rule on Oct. 22, allowing truck yards to stack containers up to five high for the next 90 days. Trucking companies can now pile up empty containers in their lots in neighborhoods surrounding the port.

Residents in neighborhoods near the ports of Long Beach and Los Angeles were starting to push back against the encroachment of containers even before Long Beach eased its zoning rules. It’s not just that piles of containers are unsightly or that trucks stuck with empty boxes are rumbling up and down residential streets looking for parking—although those NIMBY-style concerns are part of it. It’s also a question of safety. Residents are on edge after a poorly secured shipping container fell off the back of a truck on Oct. 20 and flattened a car in the Los Angeles neighborhood of Wilmington. No one was injured.

Officials responded to these concerns by cracking down on businesses for stacking containers in violation of local zoning laws. The Wilmington police department, for instance, said it had issued more than 400 citations for illegally stored containers in the weeks leading up to Oct. 23. This crackdown helped create the situation Petersen described in his thread, in which a truck yard owner kept empty containers on his truck chassis rather than break the rules and stack them more than two high in his yard: “If he violates this code they’ll shut down his yard altogether,” Petersen wrote.