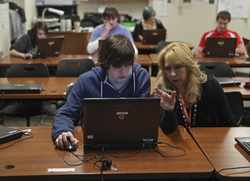 Silicon Valley runs on Asians. This is a well-known aspect of the tech world in general, but it’s especially apparent in elite sub-sectors. Even by 2010, Asian Americans already had become a majority (50.1 percent) of all tech workers in the Bay Area: software engineers, data engineers, programmers, systems analysts, admins, and developers. Census Bureau statistics from the same year put white tech workers at 40.1 percent. Other races made up, in total, slightly less than 10 percent.