Slipknot dial back the tempo on Yen, the brooding third single from their upcoming album, The End, So Far

Home /Entertainment/Slipknot dial back the tempo on Yen, the brooding third single from their upcoming album, The End, So Far 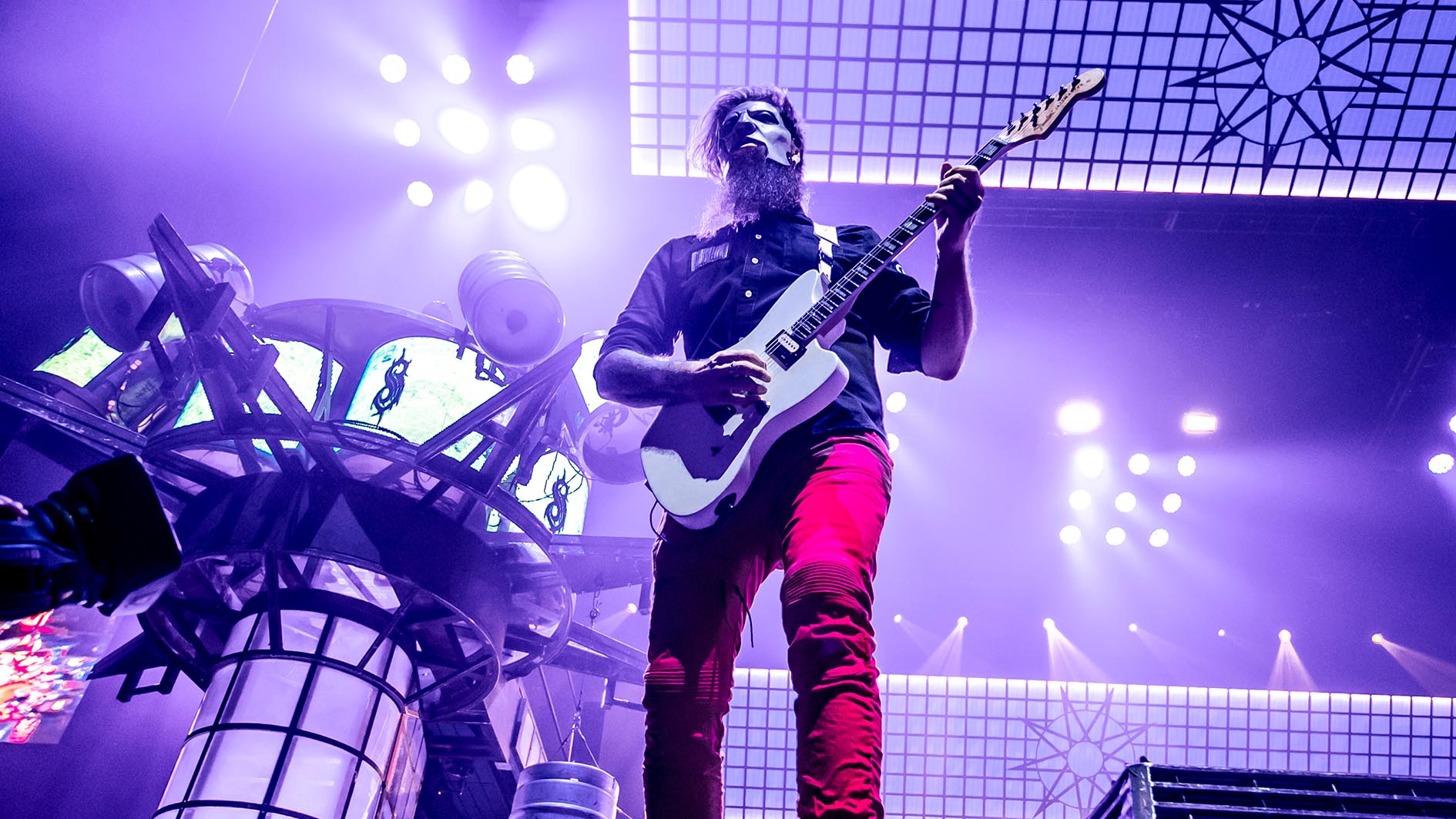 Slipknot have released Yen, the third single from their highly anticipated seventh studio album, The End, So Far.

While the album’s first two singles – The Chapeltown Rag and The Dying Song (Time to Sing) – were vintage Slipknot, with guitarists Mick Thomson and Jim Root on drop-B, riff-heavy overdrive, Yen finds the Iowa metal titans stripping things back with a slower arrangement, though one with moments of chaos. Listen below.

The End, So Far is due to land on September 30 via Roadrunner Records. Produced by both Slipknot themselves and renowned engineer Joe Barresi, the LP follows 2019’s We Are Not Your Kind, and marks “new music, new art and new beginnings”, according to percussionist and founding member Shawn “Clown” Crahan.

In a discussion with music journalist Eddie Trunk last year, Slipknot leader Corey Taylor described The End, So Far as “darker than We Are Not Your Kind”, but with “a ton of melody”.

“I’ve been telling everybody that it’s like a heavier version of Vol. 3 [(The Subliminal Verses)],” he said.

“It’s got so many textures and layers. The heavy stuff has attack but the melodic stuff you can just sink your teeth in; there’s a lot of great melodies and hooks. I’m really, really excited for people to hear it.

The End, So Far will comprise 12 tracks in total, including Yen, The Dying Song (Time to Sing) and The Chapeltown Rag. Take a look at its track list below.

Slipknot have been on tour in Europe since July 20, and made stops in Romania, Italy, Austria, Switzerland and more. The current run will run until August 19, when the band will perform at Belgium’s Pukkelpop Festival, before a US edition of their Knotfest Roadshow commences from September 20.  For a full list of dates, head to the band’s website

Thank you for reading 5 articles this month*

*Read 5 free articles per month without a subscription

Sam is a Staff Writer at Guitar World, also creating content for Total Guitar, Guitarist and Guitar Player. He has well over 15 years of guitar playing under his belt, as well as a degree in Music Technology (Mixing and Mastering). He’s a metalhead through and through, but has a thorough appreciation for all genres of music. In his spare time, Sam creates point-of-view guitar lesson videos on YouTube under the name Sightline Guitar (opens in new tab).

Demand for female and non-binary artists’ signature guitars outstripping supply, says Reverb
Watch Ichika Nito shred a Casio DG-20 and give us a glimpse of what could have been an alternate future for guitar