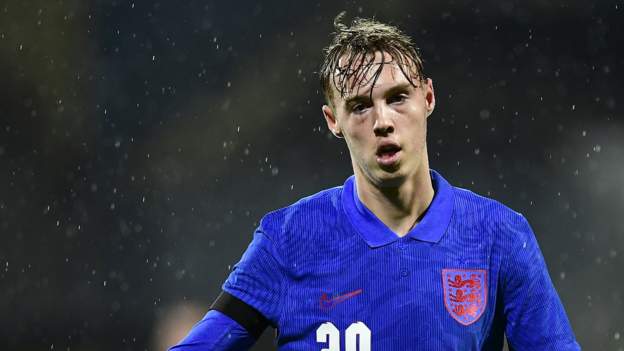 England Under-21s surrendered a two-goal lead as Slovenia fought back to take a point from their European Championship qualifier in Celje.

The Young Lions dominated early on with Conor Gallagher and Cole Palmer scoring inside the first 15 minutes.

A Palmer error saw Mark Spanring pull a goal back for the hosts, who levelled when Dusan Stojinovic nodded in from a corner.

England are third in Group G, behind the Czech Republic and Albania.

Lee Carsley’s side claimed a comfortable opening win against Kosovo in September but the way they shipped two poor goals after the break will be a cause for concern after such a commanding first period.

Oliver Skipp’s superb run and pass created the opener, with Gallagher following up to find the bottom corner after Rhian Brewster had lost his feet while through on goal.

However, the Manchester City midfielder was punished for trying to overplay on the edge of his own box just after the break and an unmarked Stojinovic completed the comeback.

England’s Under-21s have not lost a European qualifier since November 2011 and this latest result extended their unbeaten run to 47 games.