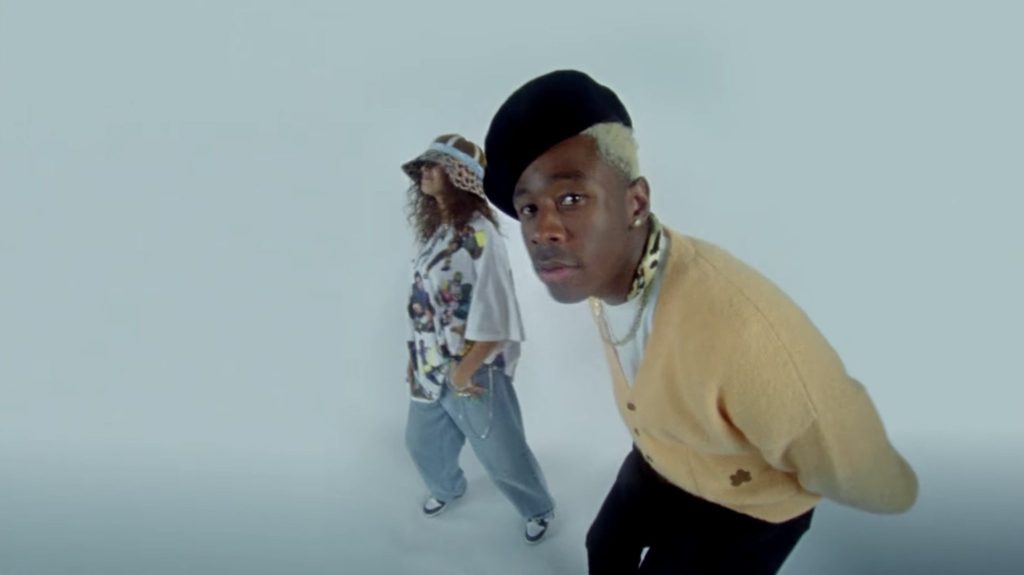 With Snoh Aalegra’s latest project, TEMPORARY HIGHS IN THE VIOLET SKIES, the songbird experiments beyond the dreamy nature fans received on Ugh, Those Feels Again.

For her new single, Snoh is joined by the ever-delightful Tyler, The Creator for “Neon Peach.” Genius described the record as “[Snoh] exploring hints of funk and ’80s pop.”

Maintaining the mystique of the song, the title “Neon Peach” doesn’t correlate to the lyrics of the track as stated in an Apple Music interview with Ebro Darden. When speaking on the “dream” collaboration, the 34-year-old also expressed, “He’s just one of the greats of our time. Tyler is just skilled on a different level. On top of it, he’s the funniest person I’ve ever met. So working with him was hilarious. It never felt like work. He’s so dope, I would let him produce a whole album for me. I love his work.”

Paired with Tyler’s production, the fun visual from this dynamic pairing plays with cinematic effects. Directed by I.P.W., the singer toys with style from rocking a metallic silver ensemble while seated in a foil-covered room to a relaxed vintage T-shirt, jeans, and bucket hat fit to a latex bodysuit with matching gloves and oversized furry purple hat to top off the look.

À la Hype Williams, visually, the director employs a fisheye lens as Snoh sips tea in one scene and Tyler cruises atop a mini Lamborghini.