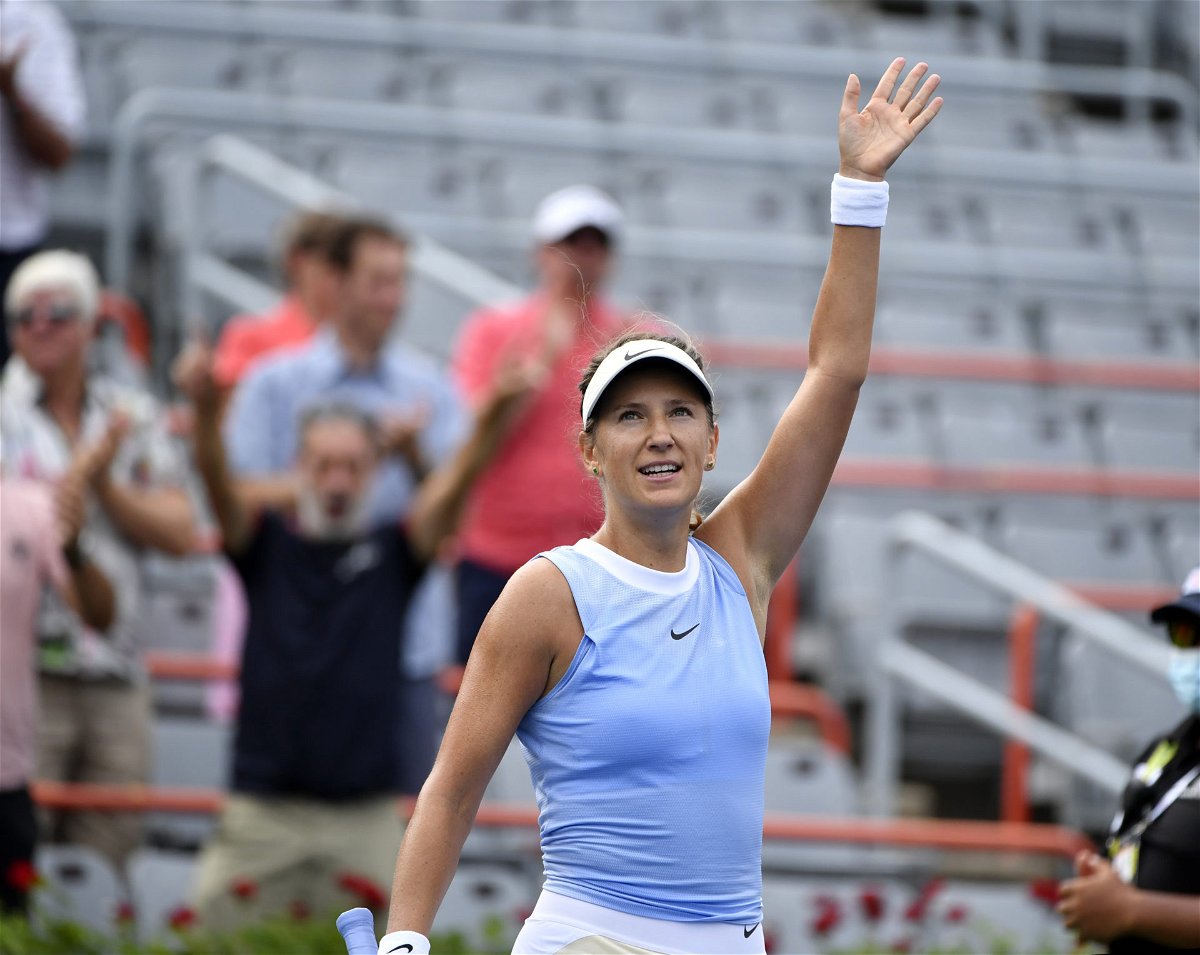 Victoria Azarenka recently took a shot at the Women’s Tennis Association during a talk with former American football wide receiver, Brandon Marshall. They talked about a variety of topics, both personal and professional.

The two-time Grand Slam winner hosts a show titled “Think About It with Victoria Azarenka.” In the recent episode, she gets frank with various tennis stars to discuss their thoughts while adding some amusing touches.

Victoria Azarenka draws a parallel between tennis and football

While speaking with Marshall, the former World No. 1 expressed her surprise at the amount of money paid to college football coaches.

She stated, “how about college athletes finally getting paid? Like that’s I mean I can’t even understand how a coach of a football team at a university can get paid seven million dollars a year.” The former NFL legend responded perkily by saying, “There are some getting paid 10-12 million.”

Azarenka maintained her care for the young football players. “What’s really I think sad is that percentage of these athletes making it to the professional level where they are able with that skill to make money that will set them up for life,” she mentioned. She went on to say that they give up so much at the expense of their family, health, and even educational opportunities.

Both legends then discussed how these players profited on their name image likeness while not partaking in TV rights. This brought Azarenka back to the subject of tennis. “We are going through exactly that in tennis is to understand the governing body, and it’s like here is a little piece. Enjoy that because we are great. We are so generous to give you this little part,” she remarked.

The Belarussian star had to withdraw from a recent match

Until now, the two-time Grand Slam champion has had a stellar tennis career. She has 21 WTA singles titles to her name and has reached the US Open final thrice. Between 2009 and 2013, she finished the year in the top ten in singles for five years in a row. Azarenka is currently seeded No.21 in the world.

Victoria Azarenka, on the other hand, experienced an emotional outburst during her match at the Miami Open. She opted to withdraw from her third-round match against Linda Fruhvirtova in the second set. When she was down 2-6, 0-3, the Belarussian called it quits.

The famous tennis player is also a member of the Women’s Tennis Association Players’ Council. She spoke out about the exploitation of young female tennis players by their coaching staff. In this regard, she praised the French player Fiona Ferro for speaking out publicly and being courageous about what happened to her.

Watch this story- Serena Williams Once Revealed Why She Didn’t Despise Her 80-Year-Old Ailing Father Amid His Refusal to Attend Her Wedding: ‘Doesn’t Look Like Himself’