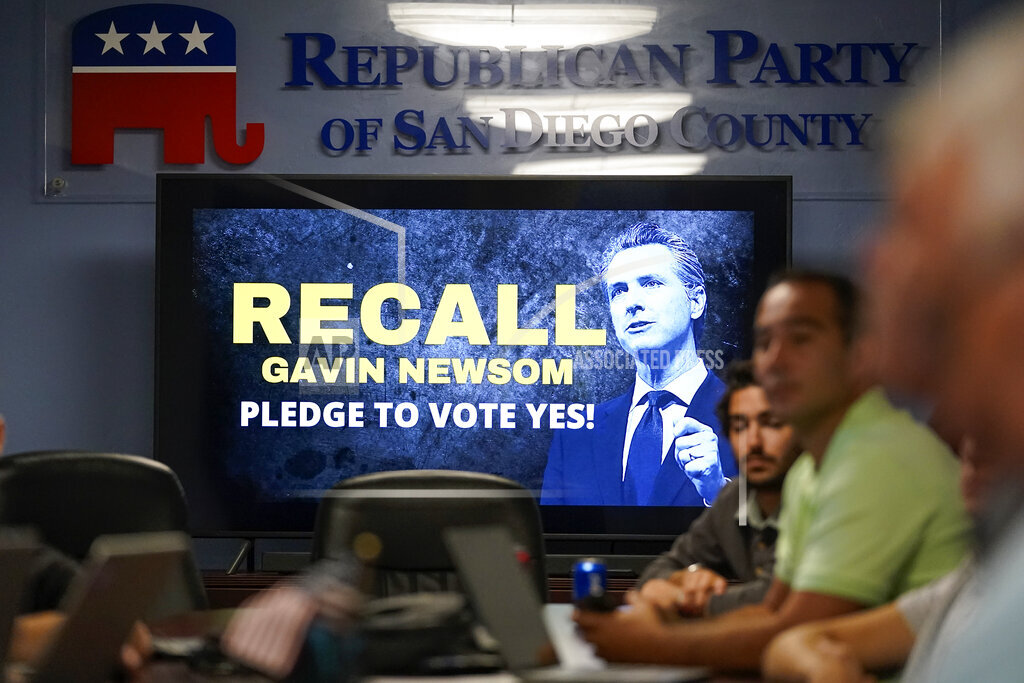 Some voters in Los Angeles County were surprised over the weekend when they arrived to cast ballots in the Gavin Newsom recall election and were told they had already voted.

The incident occurred in LA’s Woodland Hills neighborhood, and impacted an unknown number of voters. According to the Associated Press, the Los Angeles County Registrar’s Office said the voters were mistakenly thought to have voted due to settings on computers used to check voters in at their designated precinct.

The affected voters were given provisional ballots, the registrar’s office said, and those votes will be used as placeholders until voter eligibility is determined.

California’s Republican National Committeewoman Harmeet Dhillon said in a statement that while there could be an “innocent explanation” for the Woodland Hills incident, “rumors spread like wildfires based on facts.”

“Those facts are there are errors in voting in Los Angeles County. People see that online and decide it’s not worth it to vote,” Dhillon added.

In an attempt to ensure election safety, Dhillion made a video with her husband showing how they cast ballots by mail and urged others to do the same. “There will be a lot of questions and potentially litigation after this election about this sloppy-at-best treatment of people’s ballots and their right to vote,” Dhillon said.

Larry Elder, one of the leading Republican candidates seeking to replace Newsom if the recall succeeds, has said he believes “there might very well be shenanigans, as there were in the 2020 election.” His campaign website has a link to a “Stop CA Fraud” website where people can report suspicious voting activity or sign a petition demanding a special legislative session to investigate an election that isn’t even over.

On Monday, former President Donald Trump, who has continued to promote falsehoods about his loss in the 2020 election, issued a statement saying, “Does anybody really believe the California Recall Election isn’t rigged?”

That messaging poses problems for Republican Party officials, who are encouraging everyone to vote while also promoting a narrative that California’s election security can’t be trusted.

Much of the GOP criticism of California’s elections has focused on the wide use of mail-in ballots, which have been automatically sent to all active registered voters for state elections since the start of the coronavirus pandemic. An overwhelming majority of California voters cast ballots by mail even before the pandemic, and no widespread voter fraud issues have surfaced.

As of Saturday, 7.8 million ballots had been cast, or nearly 35 percent of registered voters, according to Political Data Inc., a data firm that works with Democrats. Mike Sanchez, a spokesman for the Los Angeles County Registrar’s Office, said voting by mail is “trusted, secure and safe.”

“There are extensive protocols in place that ensure the security and verification of all returned vote by mail ballots,” Sanchez said. “The claims made disregard and misrepresent those safeguards. As a result, their messaging could be confusing to voters and discourage participation.”

The GOP’s predicament is similar to the one from last year’s presidential election, when many in the party feared that Trump’s claims about widespread fraud from an expansion of mail-in voting during the pandemic would backfire. They were concerned his message would convince many Republicans to stay home.

In California, the GOP needs all the help it can get.

The party has just 24 percent of registered voters, compared with 46.5% for Democrats. People registered to vote without a political party are roughly equal to registered Republicans, but typically align their votes with Democrats. Republicans have not won a statewide office since 2006, when Arnold Schwarzenegger won reelection to governor.

Republican Party officials say they are working to have poll watchers in every county to monitor voting locations and county registrar’s offices, where clerks will verify and count ballots. The state GOP also is urging voters to report suspicious voting activity to the party.

The Elder campaign promoted fraud claims over the weekend, pointing to a website that urges people to sign a petition saying he’s lost an election that isn’t over yet.

“They are trying to throw battery acid on our Constitution, on our electoral norms,” Newsom strategist Sean Clegg said.

Not all Republicans are embracing the claims. John Cox, a businessman running to replace Newsom, said voter fraud concerns are “another distraction.”

“Frankly, all this talk about the election not being valid is a cul de sac because it’s going to result in some people deciding not to vote,” Cox said as he campaigned Monday outside the Capitol.

Separate from the Republican claims, a group of election security and computer science experts have raised concerns about California’s election system. Their warning is rooted not in claims of widespread fraud, but public release of copies of an election management system that is similar to the one running elections in 40 of California’s 58 counties.

The copies were released last month during an event organized by MyPillow CEO Mike Lindell, a Trump ally who has made unsubstantiated claims about last year’s election.

California Secretary of State Shirley Weber said concerns about election security are “inaccurate.” The state’s chief elections official said California has “the strictest voting system testing, procedures for use and security requirements in the nation.”

All votes, whether in person, by mail or drop box, will be cast on paper ballots that can be hand-counted afterward if there are questions about the tally in any county.