Someone got Stardew Valley running on a custom Game Boy, and now I want one

Home /Entertainment/Someone got Stardew Valley running on a custom Game Boy, and now I want one 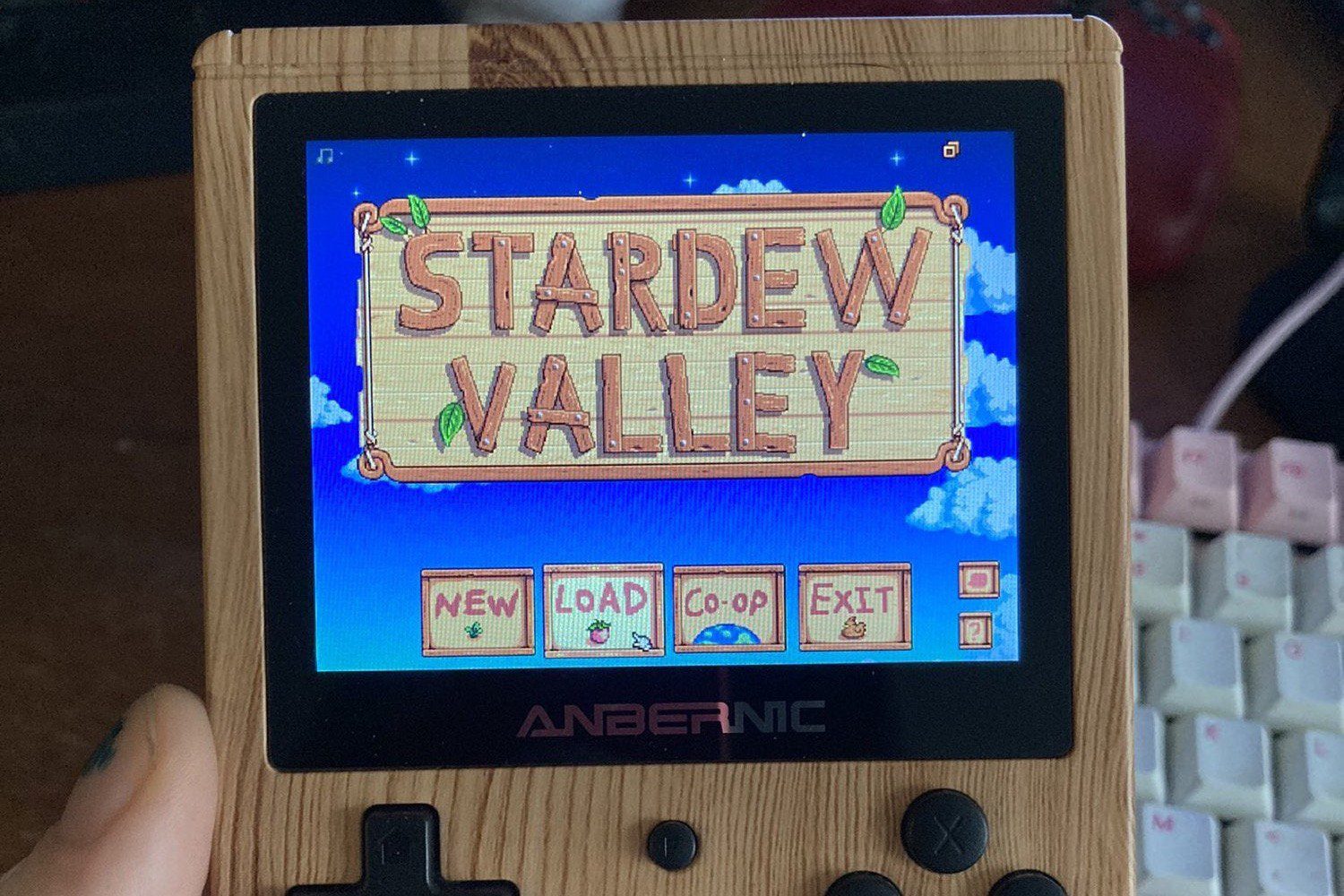 Maru would be so proud

I own Stardew Valley on four different platforms, currently, and it’s one of my most-played games of all time. I go for a while thinking I’ve had enough of it, but then I see something cool on the internet like this: Stardew running on a knockoff Game Boy, and my desire to play the game is lit anew. Like Thanos collecting the Infinity Stones, I want to own Stardew Valley on every possible platform, for no reason other than that I just love it.

A picture of the custom Game Boy was posted to the Stardew Valley subreddit by the hilariously named user u/whiskeypoops, and just as expected, the comments were also full of people clamoring to get their hands on the gorgeous wood-paneled handheld. Well, OP posted an Amazon link, and turns that it’s actually a handheld by the brand MJKJ.

The ad states that the console runs on an open source Linux system, and comes pre-downloaded with 2,500 unique games from various consoles, including N64, PS1, and of course, the original Game Boy. There are honestly tons of listings out there for custom consoles like this, but this one, in particular, has really good reviews on Amazon — so it might be a good choice if it’s something you’re in the market for.

What I find really interesting, though, is that someone specifically got Stardew Valley running on this thing. As someone who (shamefully) knows little to nothing about how computers work, I find it pretty amazing that players are able to figure stuff out like this entirely on their own. Other commenters were asking logistical questions, like how it runs, how the UI scales up, and so on, which are reasonable to ask, I think, but I still can’t get over how cool it looks even to see a picture of the title screen on there.

Who knew Stardew Valley on a Game Boy would look so good with wood paneling?