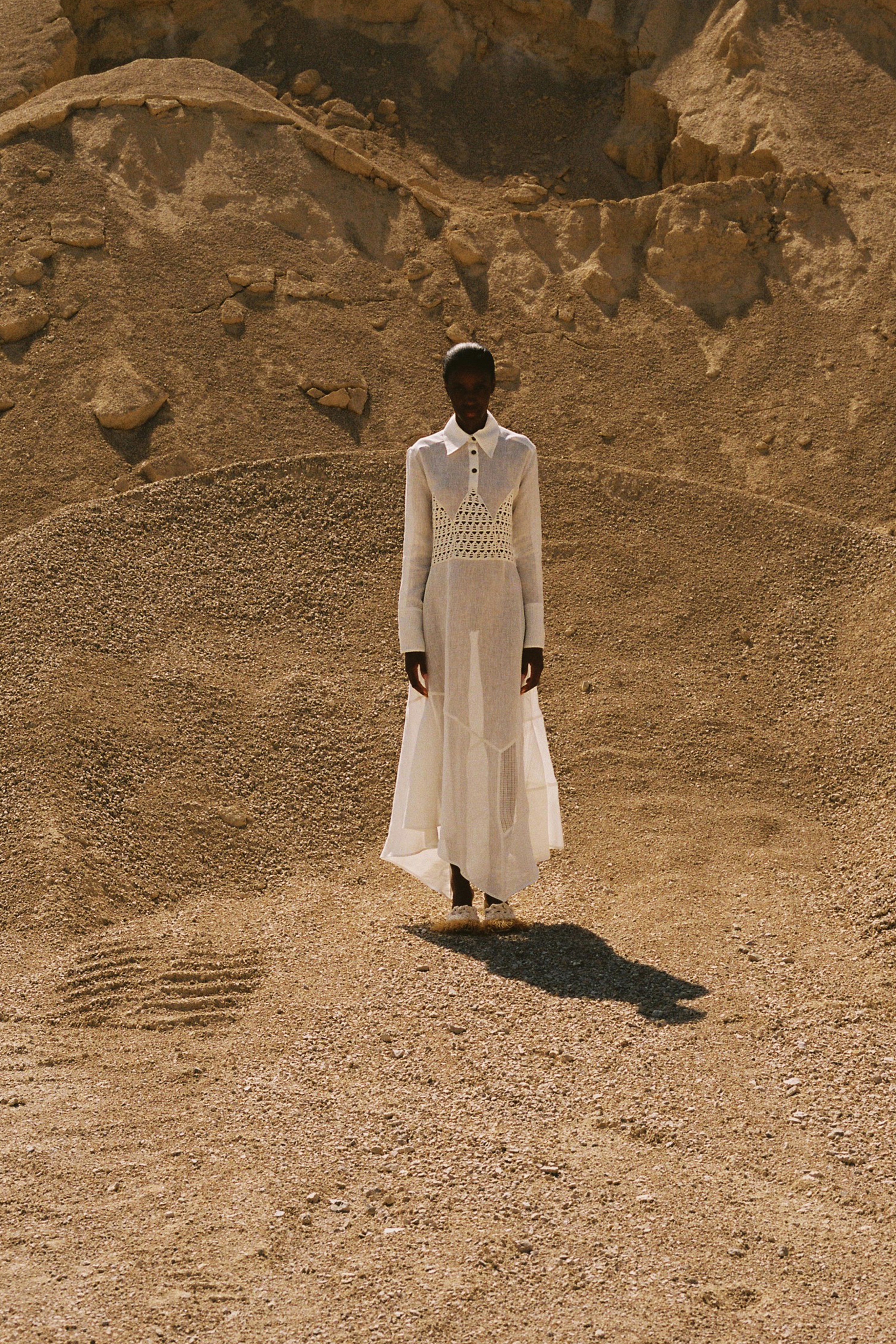 After working for A-list brands such as Alexander McQueen and Celine, Sonia Carrasco knew she needed to create something of her own, even if it wasn’t clear what it was in the beginning. “It was one of those moments where you just want it all: what you like, what is trendy, what is going to sell well… That was back in 2019, but I think I have found myself now,” she said after presenting her fourth collection.

Taking a look into this latest proposal, it’s hard to doubt her: her roots in Spanish tradition and her know-how have helped her find her path, and her aim seems more than clear: to explore the boundaries of knitwear and tailoring, her two passions. “We came up with these knit suits, which now are kind of our ‘it’ pieces. However, the mix between both techniques is present in many other ways.” Carrasco pointed to the macramé tops and dresses combined with studied cuts and volumes, and the crocheted sartorial pieces.

But materials aren’t everything. The designer also knows her way around a pattern. “I wanted to build the whole campaign around three bases,” she said. First, the scarf, which is present in a number of pieces where collars turn into scarves that can be wrapped around the neck through some strategically placed buttons. Secondly, the two-in-one pieces, like trousers that can be converted from full length to Capri style by just unbuttoning a couple of holes. And third, the layering effect: “Like the one used in the skirts, which makes them feel like you are wearing two different pieces, one over the other.”

The result is an earth-toned collection in which femininity and masculinity find balance. “We wanted to achieve that tailoring excellence usually reserved to men and bring it to the womens’ world,” she said.