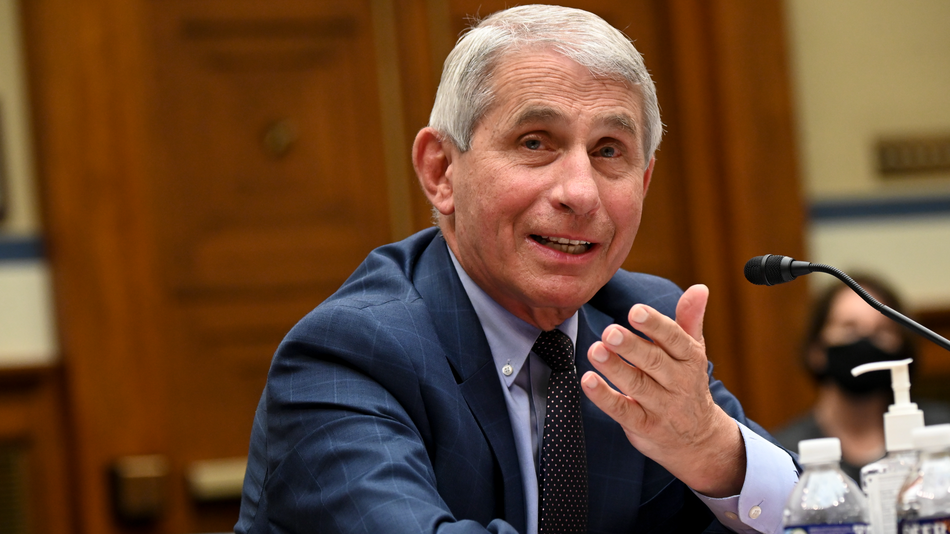 Conspiracy theorists are having a field day with a batch of recently released emails from Dr. Anthony Fauci’s official government account.

If you’ve been on social media at all over the past few days, you may have seen #FauciEmails trending. Or you may have seen your own family and friends sharing screenshots of the emails along with commentary about the big reveals and discoveries uncovered from the email release.

Let’s break down the misinformation that’s being spread around so you can avoid it.

For starters, the emails are real. They are from Dr. Anthony Fauci, the director of the U.S. National Institute of Allergy and Infectious Diseases. They weren’t hacked, either. (We’re so used to hearing about email archives obtained by hackers and dumped online that it’s an easy assumption to make.) The emails were obtained legitimately by media out like The Washington Post and BuzzFeed using Freedom of Information Act requests.

There are thousands of pages of work emails from Dr. Fauci, the man who became many Americans’ go-to source of COVID-19 information.

Conspiracy theorists, along with some on the far right, claim that the emails are filled with hidden truths about COVID-19 that are finally coming to light. This is not the case.

For example, conspiracy theorists claim the emails prove that the COVID-19 virus was created in a lab in Wuhan, China, and also that Dr. Fauci was lying about masks. Those two points seem to be the main focus of the conspiratorial talk surrounding the newly released emails.

The first point, that COVID-19 escaped from a Chinese lab, had already gained momentum as a theory in recent months. The idea this could have happened was, in fact, spoken about in some of the emails that were sent early on in the pandemic. However, as more experts weighed in as they continued to learn more about the virus, the lab origin theory became less and less likely.

Fast forward to June 2020. A viral post on Medium by Nicholas Wade, a fairly controversial New York Times science reporter, gave new life to the lab leak theory. However, there still isn’t any new evidence that points to it being true. Now the ongoing scientific uncertainty about the origins of COVID-19 have combined with the recent Fauci email dump to give anyone looking to prove the theory plenty of ammunition.

What the conspiratorial thinkers going through Fauci’s emails don’t seem to realize (or at least won’t acknowledge) is that many of these documents are not authored by Fauci himself. The email release includes messages that were sent to him as well.

It’s with those emails, the ones that were written by others and sent to Fauci, that the lab leak theory is mentioned and where the misinformation originates.

“This is how the virus was created,” reads the start of the email, followed by another paragraph full of medical jargon that looks like it could be the recipe for creating a virus.

That would be eye-opening if that was written by Dr. Fauci. It wasn’t. It was authored by an individual named Adam Gaertner and forwarded to Fauci by a redacted sender.

As for the supposed COVID-19 recipe included in his email that was sent to Fauci? It was a paragraph from a scientific coronavirus study in 2005 that was copied and pasted. It has nothing to do with COVID-19.

Another email being used to push the lab leak theory is one from immunologist Kristian G. Andersen. In the February 2020 email to Fauci, Andersen theorized that the virus looks “unusual” and has features that could possibly indicate it was engineered.

However, as The Washington Post , that didn’t turn out to be true. Andersen’s team had a look at the virus and studied the possibility of that theory.

“Our analyses clearly show that SARS-CoV-2 is not a laboratory construct or a purposefully manipulated virus,” Andersen’s study concluded.

The second topic that’s being portrayed as an earth-shattering reveal from conspiracy theories is Fauci’s early opinion on the effectiveness of masks.

“Masks are really for infected people to prevent them from spreading infection to people who are not infected rather than protecting uninfected people from acquiring infection,” reads an email in early February written by Dr. Fauci. “The typical mask you buy in the drug store is not really effective in keeping out virus, which is small enough to pass through material.”

However, this was . This was the CDC’s official public position on mask wearing in the early days of the pandemic. As time went on and scientists about COVID-19, the efficacy of mask wearing became clear and the CDC very publicly changed their stance.

Dr. Fauci and other officials were slightly unclear in their initial messaging on masks because they wanted to keep PPE available for medical workers when masks were hard to find in the earliest days of the pandemic. But, again, that failure was about.

Here’s Dr. Fauci during an appearance on the national news show 60 Minutes, telling the public not to wear masks. This was on March 8, 2020:

Conspiracy theorists claim the media is ignoring the newly uncovered truth laid out in these emails. But, it’s just not true.

The media has covered the emails — and had already covered the masks messaging confusion throughout the first part of the pandemic. The fact of the matter is there is no significant new information in any of these emails that would require wall-to-wall coverage.

Sure, the emails themselves are . They are a peek into what Dr. Fauci was thinking and going through during the earliest days of the coronavirus pandemic.

What we don’t see in these emails are any uncovered truths that validate conspiracy theorists wildest, false claims about COVID-19.