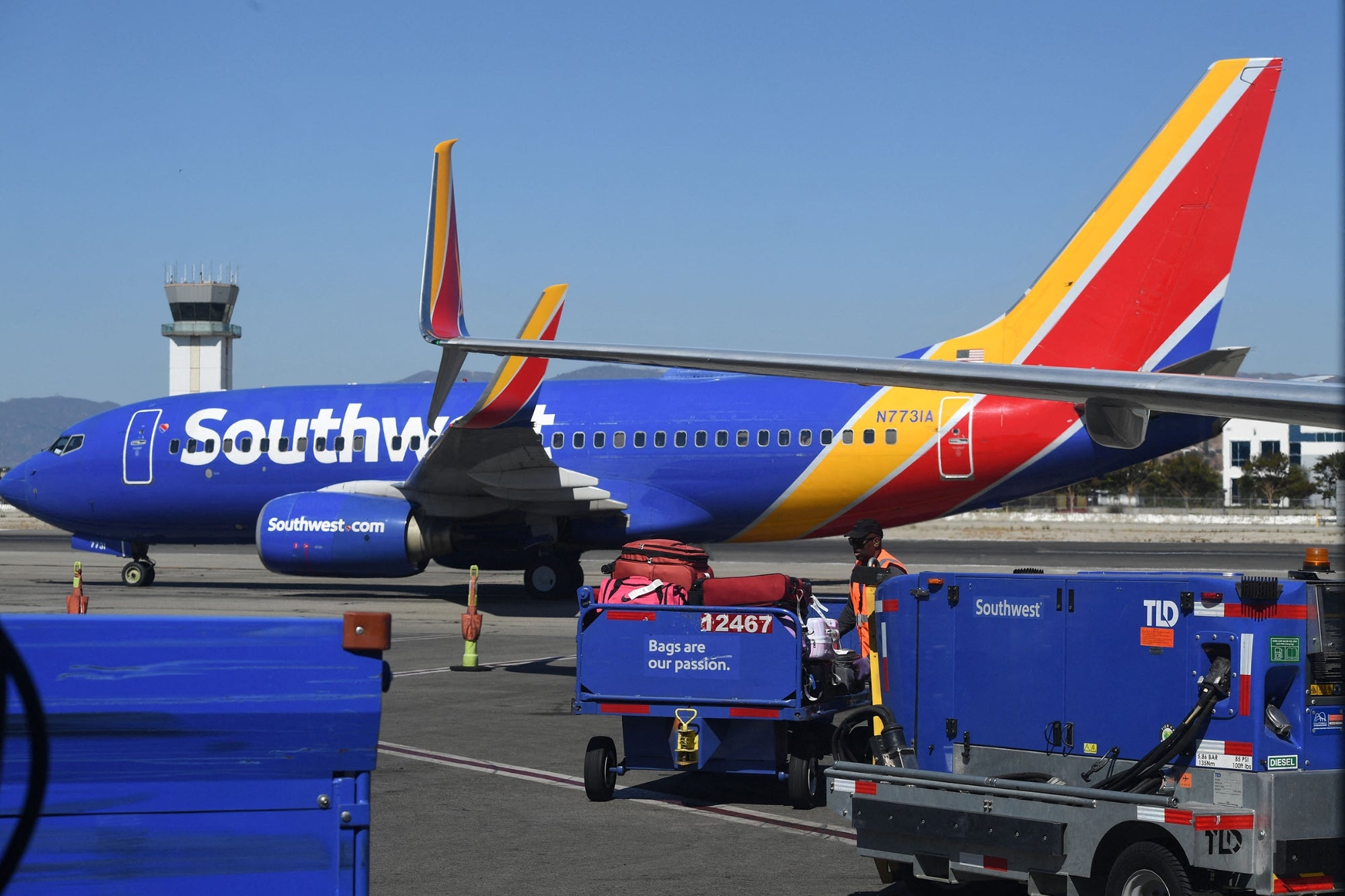 In his interview with George Stephanopoulos, Kelly admitted that though there were no ATC issues that occured over the weekend, the outfall and setbacks caused by the initial issues at Florida-based airports ended up being the root cause of the mass cancellations.

“Things are much improved today and essentially all of this starts with FAA Florida delay programs on Friday about half of our airplanes touched the state of Florida. Orlando, as an example, had a ground stop for seven hours. So we just put the airline way behind on Friday,” Kelly explained. “There were no ATC issues over the weekend, that’s absolutely true. I think any industry expert knows that it takes several days, if you have that large of an impact on the operations, to get the airplanes to where they need to be and then to match the crews up with that.”

Kelly explained that over half of Southwest’s fleet touches the state of Florida as the airline follows a linear route system.

He also said that operations are, for the most part, “back to normal,” give or take a few more cancellations than usual.

When pressed about whether or not the staffing shortages had to do with the company’s new vaccine mandate, Kelly took a strong stance.

“There’s no evidence of that … our people are working very hard, they’re doing a great job, I’m very proud of them. Especially when we get into a difficult situation like this, they’re also delayed and they’re also ending up in places that they didn’t expect,” he said. “The vaccine mandate obviously is controversial, it’s not anything that I wish for our company. This is a government mandate, this is a presidential order. We’re doing our best to comply with the deadlines that have been set. We’re not going to fire any employees over this. We’re urging all of our employees to get vaccinated. If they can’t get vaccinated, we’re urging them to seek an accommodation. We’ll do everything we can to support our people.”

Over the weekend, Southwest Airlines disrupted the plans of thousands of customers after canceling more than 1,800 flights. The Dallas-based airline cited air traffic control problems and bad weather as the reason behind the cancellations, although other airlines canceled few flights in comparison.

In a note seen by CNBC, Southwest Airlines’ executive vice president of daily flight operations Alan Kasher told employees that the airline was staffed for the weekend, but it didn’t anticipate “significant disruption that was created from unexpected [air traffic control] issues and bad weather” across its Florida stations.

“[Air traffic control] issues and disruptive weather have resulted in a high volume of cancellations throughout the weekend while we work to recover our operation,” the airline wrote in a tweet on October 9.

ATC issues and disruptive weather have resulted in a high volume of cancellations throughout the weekend while we work to recover our operation. We appreciate your patience as we accommodate affected Customers, and Customer Service wait times are longer than usual. (1/2) pic.twitter.com/o1scQJ5lLb

The Federal Aviation Administration said that although there were a “few hours” of flight delays on Friday afternoon due to severe weather and staffing issues at its Jacksonville Air Route Traffic Control Center, no air traffic staffing shortages have been reported since Friday.

The mass flight cancellations come nearly a week after Southwest announced that employees must be vaccinated by December 8 to continue working for the airline. However, the company denies a connection between the announcement and the flight disruptions.

“It’s inaccurate,” a Southwest spokeswoman told CNBC in an email. “There’s a lot of unfounded rumor and speculation circulating.”

On October 9, Southwest Airlines Pilots Association, the Southwest pilots’ labor union, released a statement further emphasizing that pilots are not engaging in any “unofficial job actions.”

“SWAPA is aware of operational difficulties affecting Southwest Airlines today due to a number of issues, but we can say with confidence that our Pilots are not participating in any official or unofficial job actions,” the statement read.

“Our Pilots will continue to overcome SWA management’s poor planning, as well as any external operational challenges, and remain the most productive Pilots in the world.”