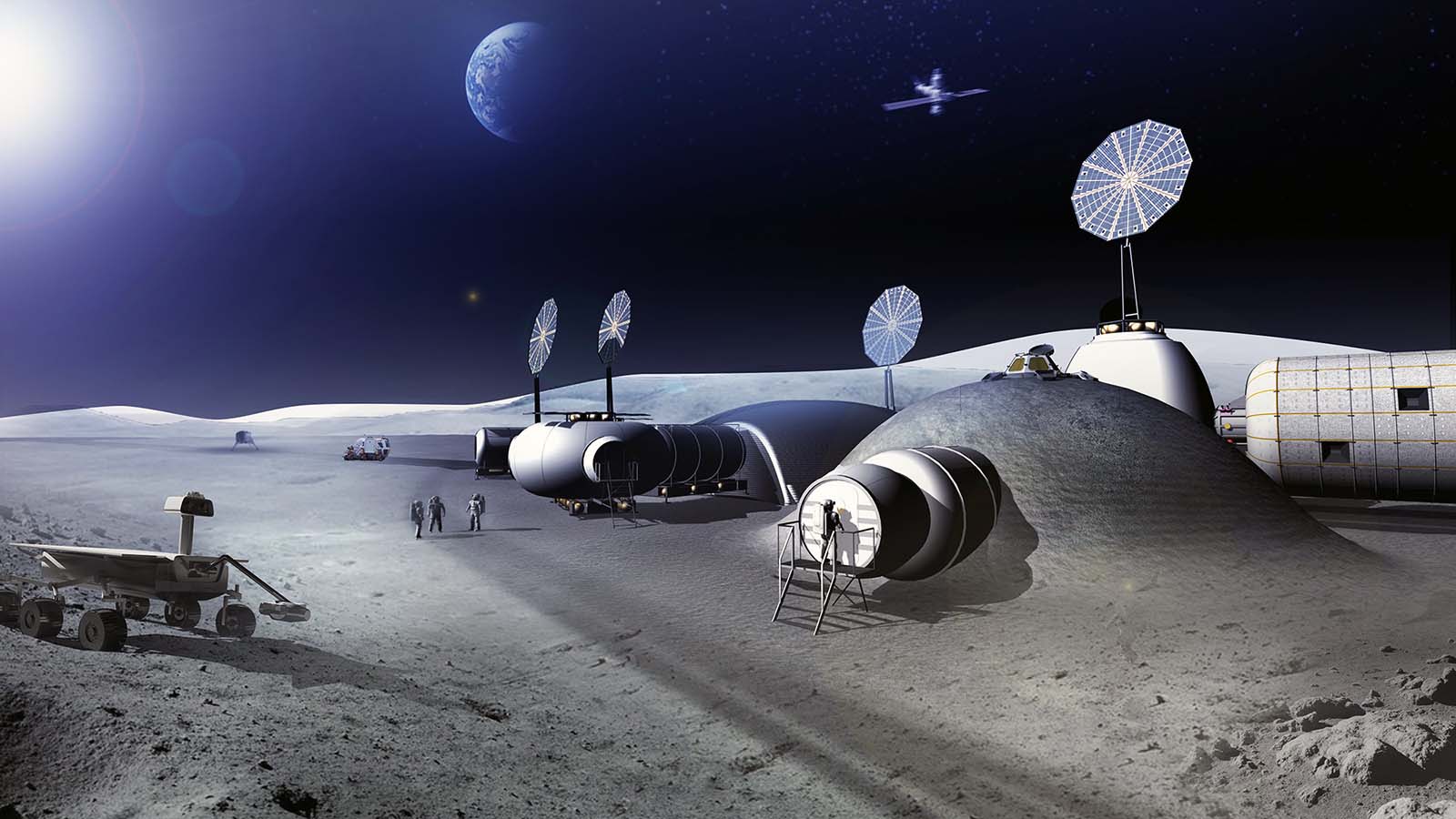 If you’re of the Elon Musk mindset and think that humans, to survive, will have to become a multiplanetary species, we’re going to need a place to live and work. Out there. In space. On other planets.

We’re going to need somebody — a lot of somebodies, really — to build us houses and apartment buildings and offices and space Walmarts and modes of transportation to haul us between all those places. Heck, we’re going to have to build a lot of places to do everything we do here on our rapidly decaying home planet.

The Idea Behind Space Architecture

Olga Bannova doesn’t carry a business card that reads “Space Architect,” though she admits that would be pretty awesome. Instead, Bannova’s title (or one of them) is director of the Sasakawa International Center for Space Architecture (SICSA) — it’s been a thing since the late 1980s — in the University of Houston’s Cullen College of Engineering. SICSA is home to the world’s only space architecture graduate program. A diploma nets you a Master of Science in Space Architecture.

It’s not a huge program yet, churning out only a few graduates every year. It is, like much of the whole idea of multiplanetary expansion, an emerging field.

But for those who believe that our very existence relies on someday moving to a different galactic neighborhood, space architecture has us covered. It is, in a very real way, simply the latest exploratory mission away from Mother Earth.

“You can’t stay in your house forever and think that somehow everything else will be the same … everything is changing, including our Earth, including us, including the solar system, including the galaxy. It’s all changing and moving,” Bannova says. “That’s why it’s important. It’s mostly about understanding more about ourselves.”

What Is Space Architecture, Really?

Space architecture, really, is just what it sounds like. Bannova heads an American Institute of Aeronautics and Astronautics (AIAA) committee, the Space Architecture Technical Committee (SATC) that concentrates specifically on the field. The SATC, on the site spacearchitect.org — if it has an internet site, you know it’s a thing — describes it like this:

Space Architecture is the theory and practice of designing and building inhabited environments in outer space (it encompasses architectural design of living and working environments in space related facilities, habitats, and vehicles). These environments include, but are not limited to: space vehicles, stations, habitats and lunar, planetary bases and infrastructures; and earth based control, experiment, launch, logistics, payload, simulation and test facilities.

Space architects, then, are charged with designing buildings and houses and offices and a whole bunch of other stuff that humans need to survive — those interstellar Walmarts, perhaps — both here and in space plus devising ways to get between them. All this, not for nothing, while dealing with problems that Earthbound architects don’t even dream about. Don’t need to dream about. Maybe can’t dream about.

Say, for example, a lack of oxygen or atmosphere. Weather patterns that make our current climate-change problems look like a calm day at a sunny beach. A lack of sunlight. Too much sunlight. Microgravity.

Carving out a space in space for our species to continue is a huge undertaking, perhaps the most audacious ever for mankind. It must be what the possibility of flying to the moon — of human flight at all — must have felt like to Galileo.

But, yeah, we knocked those out, didn’t we?

Identifying the multitude of challenges in our move into space, thinking them through, and realizing that so many have yet to be recognized is a sizable part of what space architects now, and space architects in the future, must do. The field cries out for critical thinkers who have an understanding (if not necessarily a doctorate-level degree) in a multitude of specialties; not only architecture and its different branches, but the different areas in engineering (industrial, aerospace, systems and aeronautical, to name a few), physics, geometry, mathematics, logistics, computer science, human biology and many more.

In meta terms, architecture embraces both art and science. It addresses how we build, how we live, in the space we inhabit. You don’t build a library without figuring out how we move about it, where the books go, where the light comes in.

If our living space is to become outer space — a habitable space that humans have been learning about, up close, for at least 20 years — well, we better start cracking the books.

What’s a habitat on Mars to look like? How do winds there affect what you build? What about gravity? How do you construct a farm, if one can be built, with the radiation of another planetary body beaming down? How do we build living quarters on a ship that may take decades to get where it’s going? How can we make sure that a flying habitat flies?

What can we learn by building these habitats on some of the less-hospitable areas of Earth? How can what we learn help us while we’re still here?

You want to be a space architect? Get yourself a planet-sized toolbox.

“Space architecture is not for the technically timid. To play this game, one needs to educate oneself about the harsh realities of life beyond Earth, and the science and technology for fashioning habitable bubbles in deadly environments,” Theodore Hall, a former chairperson of the SATC and an extended reality software developer at the University of Michigan, said back in 2014. “Only then is one prepared to stand toe-to-toe with the engineers and strive for architectural aesthetics that treat the human as more than a deterministic biochemical subsystem of a soulless machine.”

Those still interested in space architecture — and, again, we’re going to need a lot of forward-thinkers to sign up — shouldn’t be intimidated, though. Plenty of problems are there to be faced, certainly, and it will take all kinds to determine how our species can best live away from home.

But we have cellphones now that are more powerful than the computers that sent men to the moon. We’ve been on the International Space Station for 20 years and counting. We’re exploring Mars and other deep-space outposts at this very moment.

Problems in finding a new home among the stars? Space architects are on the job.

“It’s impossible to predict everything, in space especially. It’s hard to design some close-to-perfect habitat even on Earth,” says Bannova, who carries an undergraduate degree from the Moscow Architectural Institute, dual masters degrees (in architecture and space architecture, both from UH) and a doctorate from Sweden’s Chalmers University of Technology. “We have more questions than answers. It’s the nature of the profession. But it gives you an opportunity to see and decide for yourself where your passion is.”