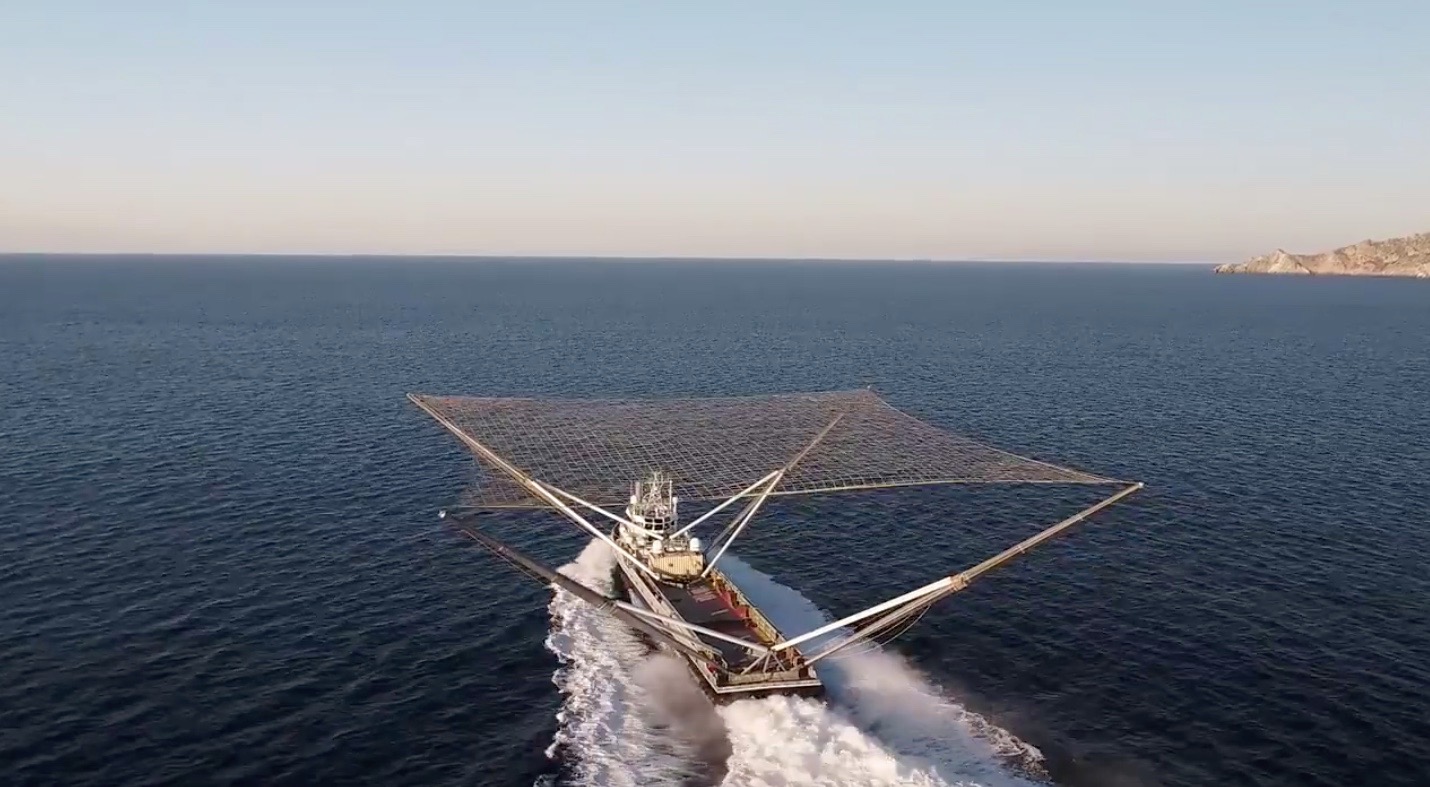 CAPE CANAVERAL, Fla. — SpaceX made history two years ago when a net-equipped boat snagged a falling piece of hardware out of the sky. And now its nose cone catching fleet is retired.

A rocket’s payload fairing is a clamshell-like protective shell that shrouds the rocket’s payload as the vehicle soars through the Earth’s atmosphere. Typically this type of hardware is used once and then discarded, usually into an ocean, after each flight.

It started with a boat named Mr. Steven

In 2015, SpaceX shook up the launch industry when it recovered its first rocket. The company has since expanded its recovery efforts to payload fairings. To that end, company founder and CEO, Elon Musk, announced that SpaceX would use a boat to catch its fairings as they fell back to Earth.

A vessel named Mr. Steven joined SpaceX’s fleet of boats in 2017, appearing at the Port of Los Angeles. The boat, a former offshore supply vessel, was easy for eagle-eyed fans to spot. It had four large arms shooting out from its deck, supported by a bright-yellow net stretched between them. The net spanned nearly 40,000 square feet (3,700 square meters), allowing Mr. Steven to essentially act as a mobile catcher’s mitt.

Together, the two pieces of the payload fairing measure nearly 43 feet tall (13 meters) and 17 feet (5 m) wide and weigh more than 2,200 lbs. (about 1,000 kilograms). Resembling the hull of a boat, the awkwardly shaped fairing halves plummet through the atmosphere at high speeds, causing them to tumble.

To facilitate recovery, SpaceX has outfitted the fairings with cold nitrogen thrusters that allow the shells to stabilize, and once they’ve slowed down enough (thanks to atmospheric drag), a GPS-equipped, steerable parachute (called a “parafoil”) deploys approximately 5 miles (8 km) above the water, enabling the fairing piece to glide gently into Mr. Steven’s net.

The boat went through many trials before it achieved its first success. After switching to the East Coast and receiving a new name — Musk changed it to GO Ms. Tree in 2019 — the boat was ready to make history.

Related: The Evolution of SpaceX’s rockets in pictures

SpaceX went through nearly two years of trial-and-error before its zany idea of a mid-air catch would prove to be fruitful. But in the middle of the night, after the company’s third-ever Falcon Heavy launch, Ms. Tree plucked the falling fairing out of the sky.

The boat celebrated numerous success, although not consistently. In an effort to recover both fairing pieces, SpaceX introduced a new vessel: GO Ms. Chief. Identical to her cohort, Ms. Tree, Ms. Chief was adorned with four arms and a giant net.

The dynamic duo roamed the Atlantic launch after launch, attempting to make history with a dual fairing catch. That day eventually came. Following the Anasis-II mission on July 20, 2020, both boats snagged its respective fairing.

SpaceX tweeted video of the successful catch, celebrating the milestone.

Catching falling fairings proved to be trickier than the company expected, as a number of uncontrollable factors — like sea states, winds, and other weather conditions — played a role in how successful SpaceX’s dynamic duo actually were.

To that end, the company made some modifications to its fairings pieces that would allow the hardware to stand up to the corrosive nature of seawater better.

For a time, SpaceX used the twin boats to both scoop fairings out of the water, and catch them in midair. But with the boats delicate arms too easily damaged by rough seas, SpaceX decided that it would look to another avenue for its recovery efforts: its fleet of recovery vessels for its Dragon spacecraft splashdowns.

SpaceX has two main Dragon recovery ships in its arsenal: GO Searcher and GO Navigator. Coupled with GO Quest, the boats have all played roles in the company’s fairing recovery efforts.

Fair winds and following seas to both Ms. Tree and Ms. Chief who proved that even the zaniest of ideas, like plucking fairings out of the sky, are possible. The two boats officially retired in April, bidding Port Canaveral and SpaceX farewell with a water salute as they sailed out of port for the final time.