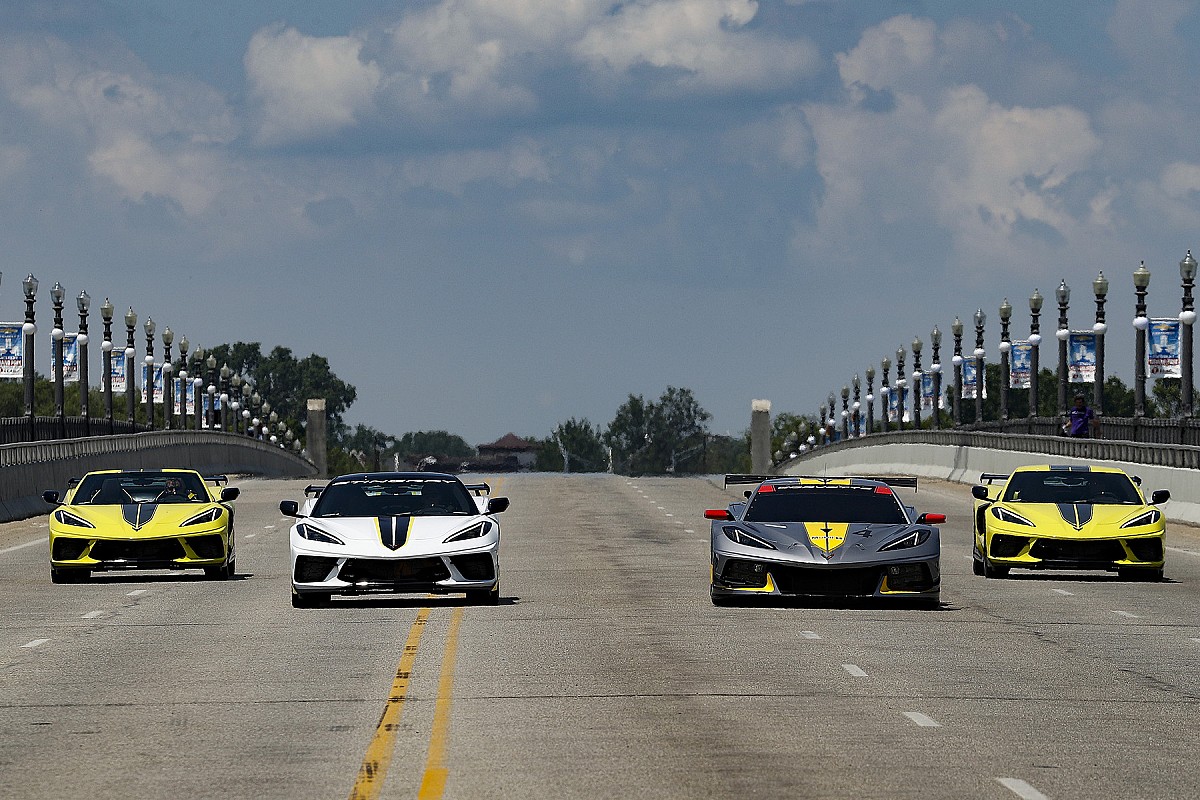 Last year, Corvette Racing’s Jordan Taylor and Antonio Garcia scored five wins and three second places in the #3 Corvette C8.R on their way to the IMSA GTLM drivers’ championship, with Tommy Milner and the now-retired Oliver Gavin taking a further victory to finish the season in third.

Between them these two entries captured the Manufacturers’ crown for Corvette – the marque’s 13th since 2001 – in the very first year for the mid-engined C8.R, and to commemorate the fact, Chevrolet will produce 1000 IMSA GTLM Championship Edition models.

Ahead of this weekend’s IMSA round at Belle Isle, Detroit, Taylor and Garcia drove coupe and convertible #3 Corvette Stingray IMSA GTLM Championship Editions across Belle Isle’s MacArthur Bridge and onto the 2.35-mile track. Nick Tandy, Gavin’s replacement this year in the #4, led on track in a Corvette Stingray convertible, the official pace car of the 2021 Detroit Grand Prix, while Milner followed the group in the #4 C8.R racecar.

“Racing has been part of the Corvette’s DNA from nearly the beginning,” said Laura Klauser, GM sportscar program manager. “Both the Corvette Stingray and C8.R have seen tremendous success capitalizing on the benefits of a mid-engine platform – and we’re just getting started.”

The cars are based on the 3LT trim with Z51 Performance Package, and the IMSA GTLM Championship Edition package starts at $6,595. The 2022 Corvette Stingray costs $62,195 in coupe form and $69,695 for the hardtop convertible, excluding tax, title, license, dealer fees and optional equipment.

For 2022, a new low-profile rear spoiler and the Z51 design front splitter will be offered on non-Z51 models while the LT2 6.2L V-8 engine gets an upgraded direct injection fuel system, improved engine calibration and an enhanced Active Fuel Management range. It remains rated at 490hp (495 with a performance exhaust).