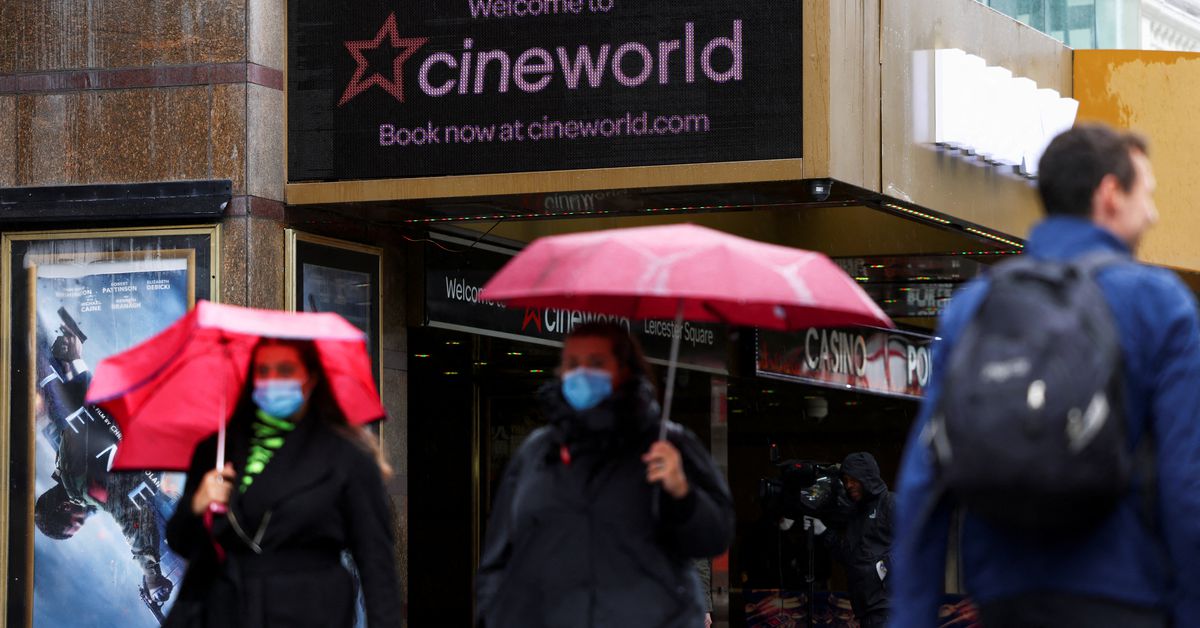 People walk past a Cineworld in Leicester’s Square, amid the coronavirus disease (COVID-19) outbreak in London, Britain, October 4, 2020. REUTERS/Henry Nicholls

Cinema operators have also been hurt by straight-to-streaming, but Cineworld has seen gradual recovery since April helped in part by Marvel films including “Black Widow” and “Eternals”.

The December sales update is likely to bring some relief for Cineworld after it was ordered last month to pay C$1.23 billion ($985 million) in damages to rival Cineplex (CGX.TO) for abandoning a planned takeover, though Cineworld has appealed the decision. read more

Many of the main markets for Cineworld have refrained from stringent lockdowns, while vaccinations have also helped. The company gets 90% of its revenue from vaccine-advanced nations such as the United States, UK and Israel.

“Spider-Man: No Way Home” became the sixth-highest grossing movie ever at the U.S. box office, raking in $668 million so far and surpassing 1998 Oscar-winner “Titanic”. The superhero adventure was the first pandemic-era film to top $1 billion in global sales.

Group sales for Cineplex in December stood at 88% of pre-pandemic 2019 levels, up from 56% in November.

Britain’s Cineworld, which also operates U.S.-based Regal Cinemas, acknowledged challenges remain due to the pandemic but said a strong slate of 2022 releases, including “Jurassic World: Dominion” and “Top Gun: Maverick”, gave it confidence.

Reporting by Pushkala Aripaka in Bengaluru; Editing by Sherry Jacob-Phillips and Rashmi Aich