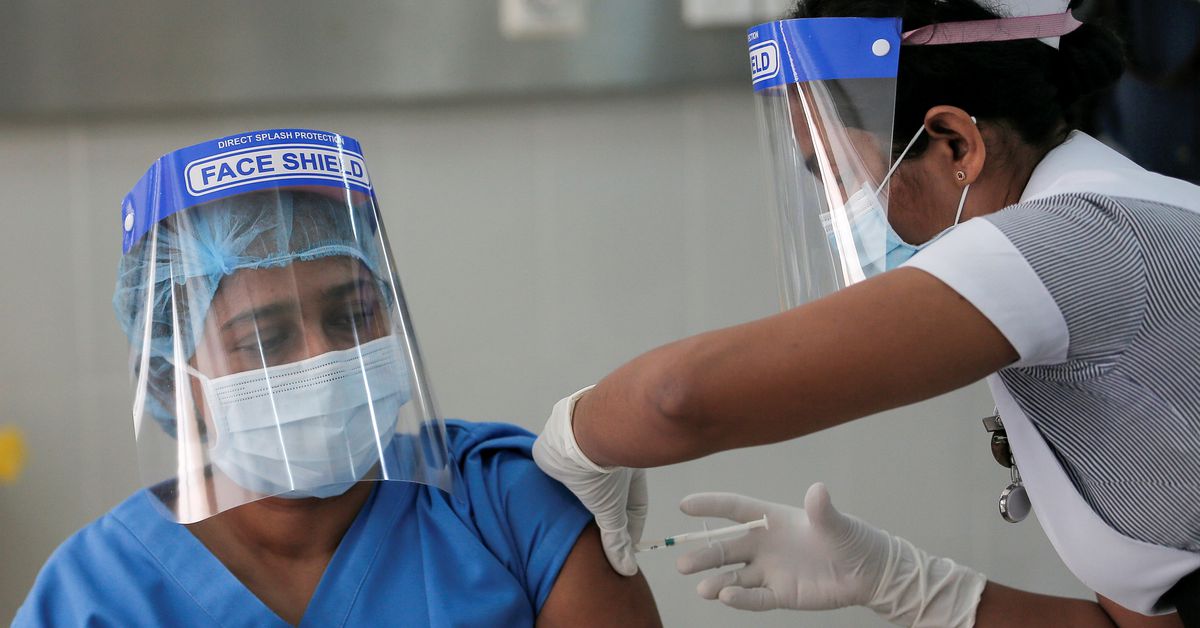 COLOMBO, Oct 22 (Reuters) – Sri Lankan President Gotabaya Rajapaksa on Friday ordered frontline workers and tourism staff to be given a third booster shot of COVID-19 vaccine next month, part of a bid to reopen the travel industry and revive the economy.

More than 1 million people including security personnel, health care staff and tourism industry workers will be given third shots of the Pfizer vaccine beginning Nov. 1, the president’s office said in a statement.

So far Sri Lanka has fully vaccinated a little over 60% of its 22 million people. The country depends on international tourism, and partially rolled back COVID-19 restrictions late last month, allowing fully vaccinated travellers with a negative test to enter without quarantine.

Earnings from tourism plummeted from $4.3 billion in 2018 to just $33 million in the first eight months of this year. Reviving the industry is seen as crucial to restoring reserves which stood at just $2.6 billion at the end of September.

Tourism Minister Prasanna Ranatunga said there was strong interest from travellers from countries such as Russia, Britain, France and Germany, and that international flights will be increased from next month.

“The target is to have a strong winter season from November to March or April of next year,” he told Reuters.

An estimated 400,000 people are employed in the tourism industry. Some travel limits, including on trains between provinces, will be lifted only from Nov. 1 as the authorities focus on reducing the death rate from COVID-19 to zero.