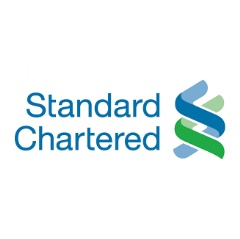 Standard Chartered (the Group) today announced the appointment of Dr. Sandie Okoro as Group General Counsel. She will be reporting to Group CEO, Bill Winters and be based in the UK.

Speaking about the appointment, Bill Winters said: “We’re delighted to have a General Counsel of Sandie’s calibre joining Standard Chartered. Her extensive experience, industry achievements and accomplishments, and focus on championing social justice make her ideally suited for the role. I look forward to her valuable contributions in supporting our ambitious strategy.”

Dr. Okoro said: “I am excited to be joining the team at Standard Chartered, which I have long admired for the breadth of services it offers across the globe, and the reputation it has built of innovation and putting people and their communities first. I am also thankful for an incredible five years at the World Bank Group, where I was humbled to work alongside colleagues and peers on some of the most urgent global development priorities. As I close an important chapter in international development, I look forward to starting a new one and contributing to Standard Chartered’s goals.”

Dr. Okoro replaces David Fein, who retired as Group General Counsel at the end of 2021. He has remained with the Group in an advisory capacity and will ensure a smooth handover.

Sandie is an Honorary Bencher of Middle Temple in the United Kingdom (2018) and was named one of the Upstanding 100 Leading Ethnic Minority Executives (2016), Top 20 Global General Counsel (2019) by the Financial Times, and was recognized as Britain’s 5th most influential person of African and African Caribbean heritage by Powerlist (2018). She holds Honorary Doctorates in Law from City University London (2014), London Southbank University (2018), and her alma mater Birmingham University (2019). Sandie received a lifetime achievement award from the UK Black Solicitors Network (2016), was named one of the Power 100 Women by City A.M. and 100 Women to Watch by Female FTSE Board.

Sandie was appointed inaugural Chair of the UK-based charity WOW-Women of the World Festivals in June 2021. She received the Howard University 2019 Vanguard Women Award for her accomplishments as a woman of colour who has blazed the trail and her commitment to mentoring young women and advancing the rights of women and girls globally. She is also the recipient of the Beyond the Glass Ceiling Award presented by the Leadership Institute for Women of Color Attorneys (2019), the Chambers 100 Outstanding Global General Counsel (2019), and an honoree of Harvard Law’s 7th Annual International Women’s Day Portrait Exhibit (2020).

Sandie is an ardent defender and champion for women empowerment, gender equality, and justice for all. Outside of work, Sandie is a Governor of the Royal Shakespeare Company, and was a council member of the human rights organization JUSTICE, Ambassador for the Law Society’s Diversity Access Scheme and sat on the Equality Standards Panel of the Premier League.