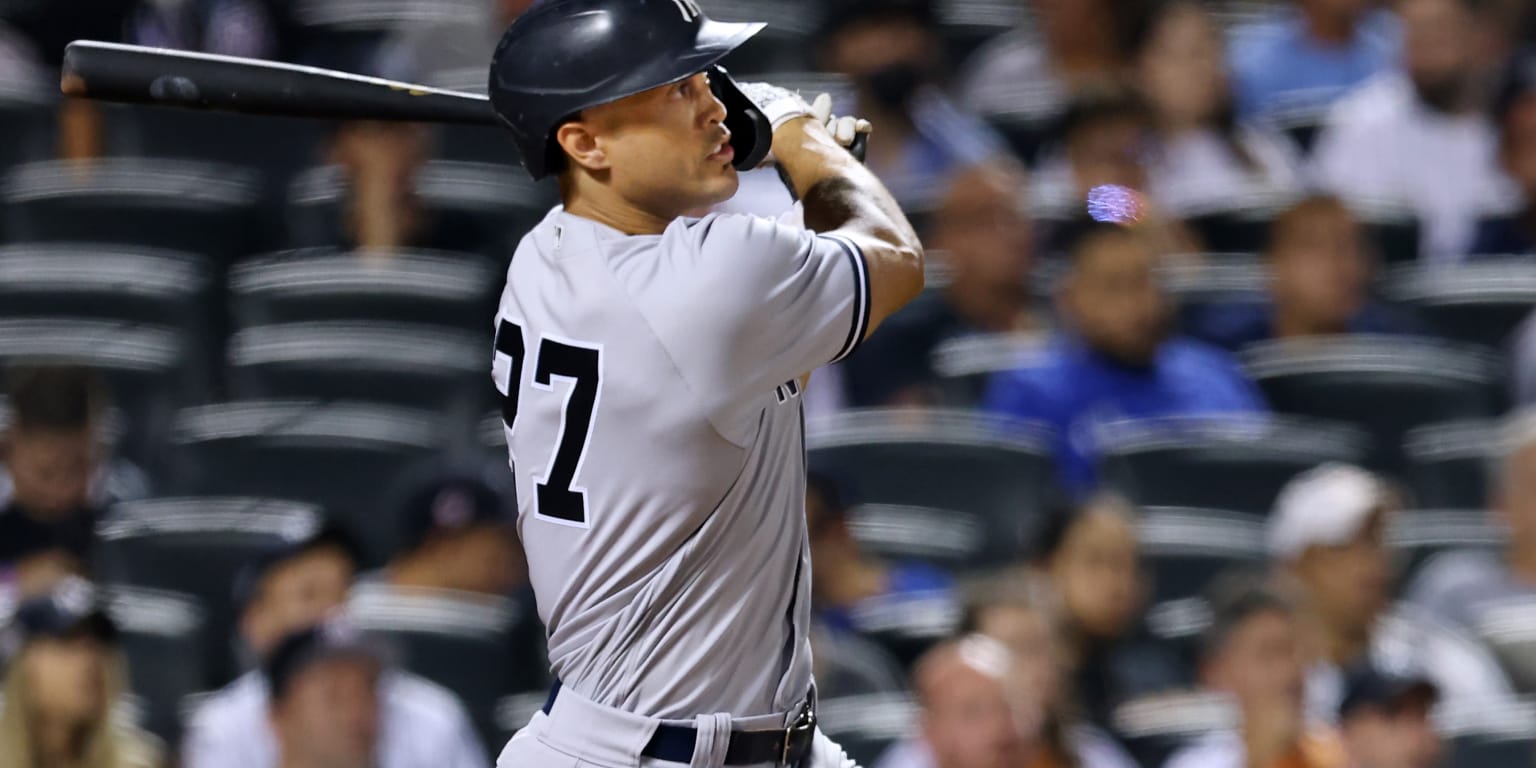 NEW YORK — Giancarlo Stanton’s seventh-inning jog around the bases provided an opportunity for a spirited exchange with Francisco Lindor, halting his game-tying trot to question the whistling gesture that the Mets shortstop made into the Yankees’ dugout one half-inning prior. The benches and bullpens cleared, adding sizzle to the finale of this year’s Subway Series.

And, to hear the Yankees explain it, it was all one big misunderstanding … centered around relief pitcher Wandy Peralta? That was the version of events presented after the struggling Chad Green surrendered Lindor’s third home run of the night, sending the Yankees to a 7-6 loss on Sunday evening at Citi Field.

“I believe it was Wandy whistling and being loud in the dugout the first couple of innings,” Stanton said. “I don’t know if he thought something was being relayed or whatever, but he was just bringing some noise for what has been a flat few days and weeks for us.”

Stanton connected for a two-run shot off Brad Hand in the seventh inning, responding after Lindor used his sixth-inning blast off Peralta as a platform to accuse the Yanks of relaying tipped pitches one evening prior.

According to ESPN, the Mets heard whistles coming from the visiting dugout early in Saturday’s 8-7 Yankees victory, when Mets starter Taijuan Walker surrendered three home runs in a five-run second inning. Lindor and Stanton jawed, with their teammates responding swiftly. Stanton said he didn’t like how Lindor had accused the Yanks’ Gio Urshela and Gleyber Torres.

“If you’ve got a problem to Wandy, give it to Wandy,” Stanton said. “Don’t be talking to multiple people, bringing everybody into it. Running around the bases, that was my thought process. Obviously, I didn’t get all that out [while] running around.”

Gardner made a double thumbs-down gesture toward Lindor and Javier Báez, a reference to a Mets incident from earlier this month, while Aaron Judge — who exited the game in the third inning with dizziness — was spotted as part of the on-field fray.

The scene provided a compelling contrast one night after the clubs shared their baselines during pregame ceremonies, meant to display “one unified New York” exactly two decades after the Sept. 11 terrorist attacks.

“You guys saw Lindor when he went around the bases,” Boone said. “G gave a little bit back, and then boys will be boys. That’s about it. … The last couple of nights, we’ve just been loud over there. Not doing anything.”

The Yankees have been on the other side of a similar situation; their coaching staff was incensed during Game 1 of the 2019 American League Championship Series, when they believed the Astros were whistling to relay signs to hitters.

Stanton directly denied any such scheme on the Yankees’ part, and outfielder Joey Gallo said that Peralta has been whistling all weekend to “liven up the dugout.”

“It has been hurting my ears, honestly,” Gallo said. “It’s unbelievable how loud he can whistle.”

Even Lindor was not certain that the whistling — whether from Peralta or anyone else — had nefarious intent. In his postgame comments, the Mets shortstop acknowledged that he “can’t accuse them of whistling for the signs because I’m not 100%. But I know what I heard and I felt there was something out of the ordinary ”

The most compelling Subway Series showdown in recent memory ended with two men on, as Stanton popped out softly to the left side of the infield — a ball caught by (who else?) Lindor.

“Talk is cheap,” said Stanton, who also belted a first-inning double as part of a three-RBI performance. “The talk is out on the field, getting it done, getting the ‘dub.’ We were both in an opportunity to get that done, and I didn’t come [through] in that situation.”

At four hours and six minutes, Sunday’s nationally televised contest was the longest nine-inning game played by the Yankees and Mets.

“I knew he sees spin pretty well,” Schmidt said. “I left a pitch up and gave him too much plate. Credit to him: He put a good swing on it. He obviously had himself a night.”

James McCann lifted a fifth-inning sac fly off Schmidt, who walked three, struck out two and hit a batter. Boone said that he was not yet sure if Schmidt would remain in the rotation.

“Sunday Night Baseball, playing the Mets on 9/11 weekend, that’s a pretty big stage,” Boone said. “He’s a confident kid. He likes to pitch, likes to compete, and that comes through when he’s out there.”

Theatrics aside, Lindor’s performance was costly for the Yankees, who have lost 12 of 15 games following a 13-game winning streak.

“These games are huge,” Boone said. “It stings when you lose them. It’s pretty joyful when you win. If we play well, we’ll be where we want to be. Bottom line: If we play really good baseball, we’ll get where we need to go.”