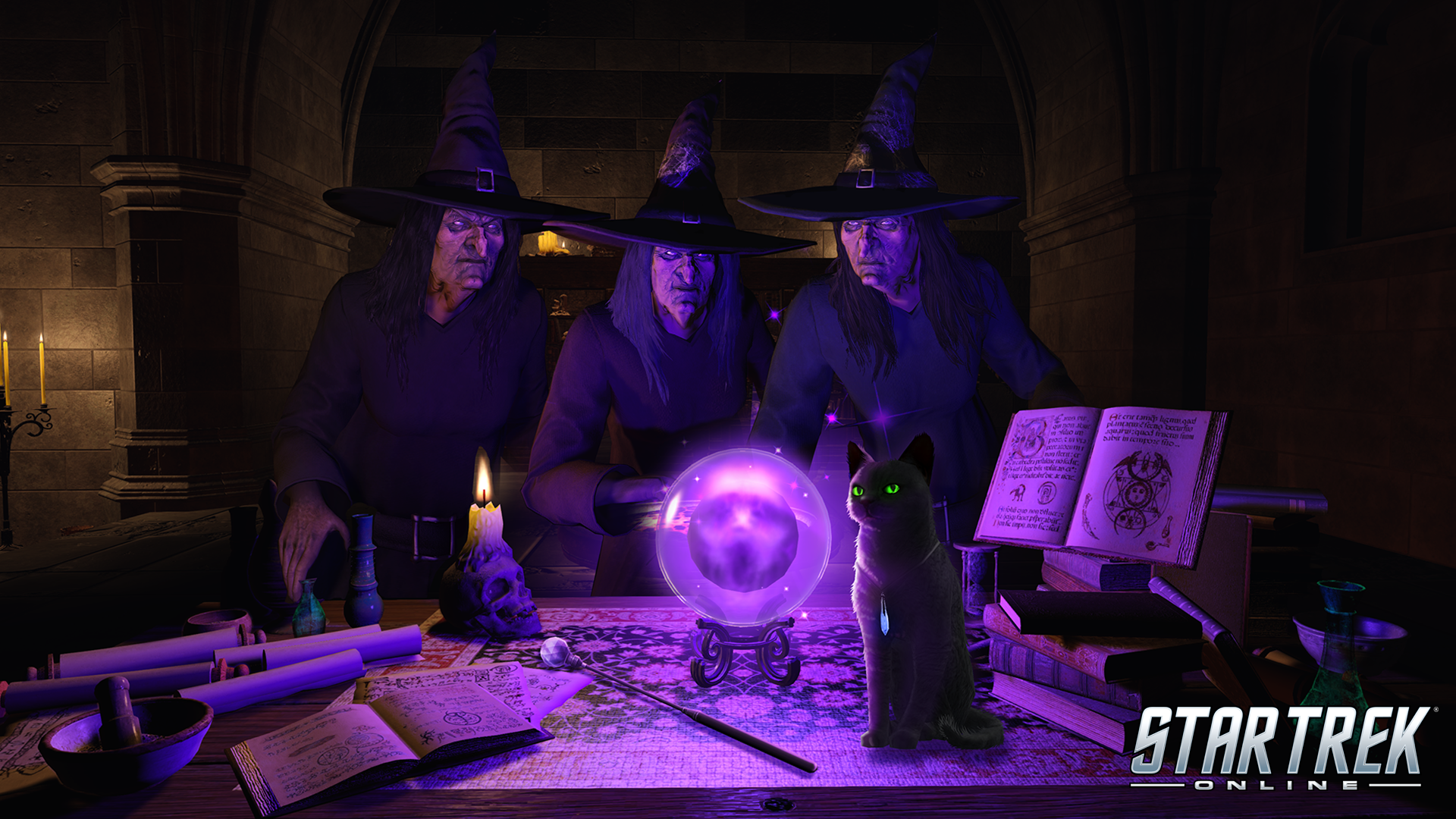 Players of “Star Trek Online” are facing down the game’s first Halloween event, which is a battle for lives, souls and possibly the universe itself.

The three-week event, which launched Oct. 13, allows the massively multiplayer online role playing game’s (MMORPG) captains to beam down to an ancient castle on Pyris VII to hunt down aliens called the Old Ones, whose plans to study humans are interrupted by another set of aliens, Devidians.

Long-time watchers of “Star Trek” will probably remember the infamous Old Ones android duplicator from “The Original Series”, used on Captain James T. Kirk; the aliens also featured in the episode “Catspaw.” As for the Devidians, these are shapeshifters that feed off human energy and that have appeared in a few Trek franchises.

“Participating in this event grants daily progress towards the Grand Prize: The Transmuter Wand Universal Kit Module, and the Old One Vanity Pet,” Arc Games and publisher Perfect Entertainment said in a statement. Star Trek Online is free to play and you can get it here.

If a Trek Halloween isn’t enough of the final frontier for you, check out our Star Trek streaming guide to see how to watch any episode of any Trek franchise you fancy. And you “that other franchise” is more your speed, here’s a look at our picks for the best Star Wars games to play.

“Additionally, the first character on your account that claims this reward will also receive 25,000 Dilithium ore, and 3 Featured Episode Reward Boxes,” the statement added. After completing the event, you can continue to collect Dilithium ore. There is also an option to “buy out” some of the work, with the price depending on how much of the episode players completed before making the purchase.

Keeping with the Halloween theme, the Transmuter wand can change a target into a black cat, which creates a “bad luck aura” that disables shields and most powers of nearby allies. It is said that the allies may flee on sight after experiencing this terror.

The Vanity Pet, which is not useful for combat, “took an interest in you for helping its people,” Arc Games said, warning that the pet is more powerful than appears. “He is observing you as much as you are observing him,” the company added.

The latest season of “Star Trek Online” is called “Reflections.” It released to PC in September and consoles in November, and follows the ending of the longstanding Klingon Civil War.