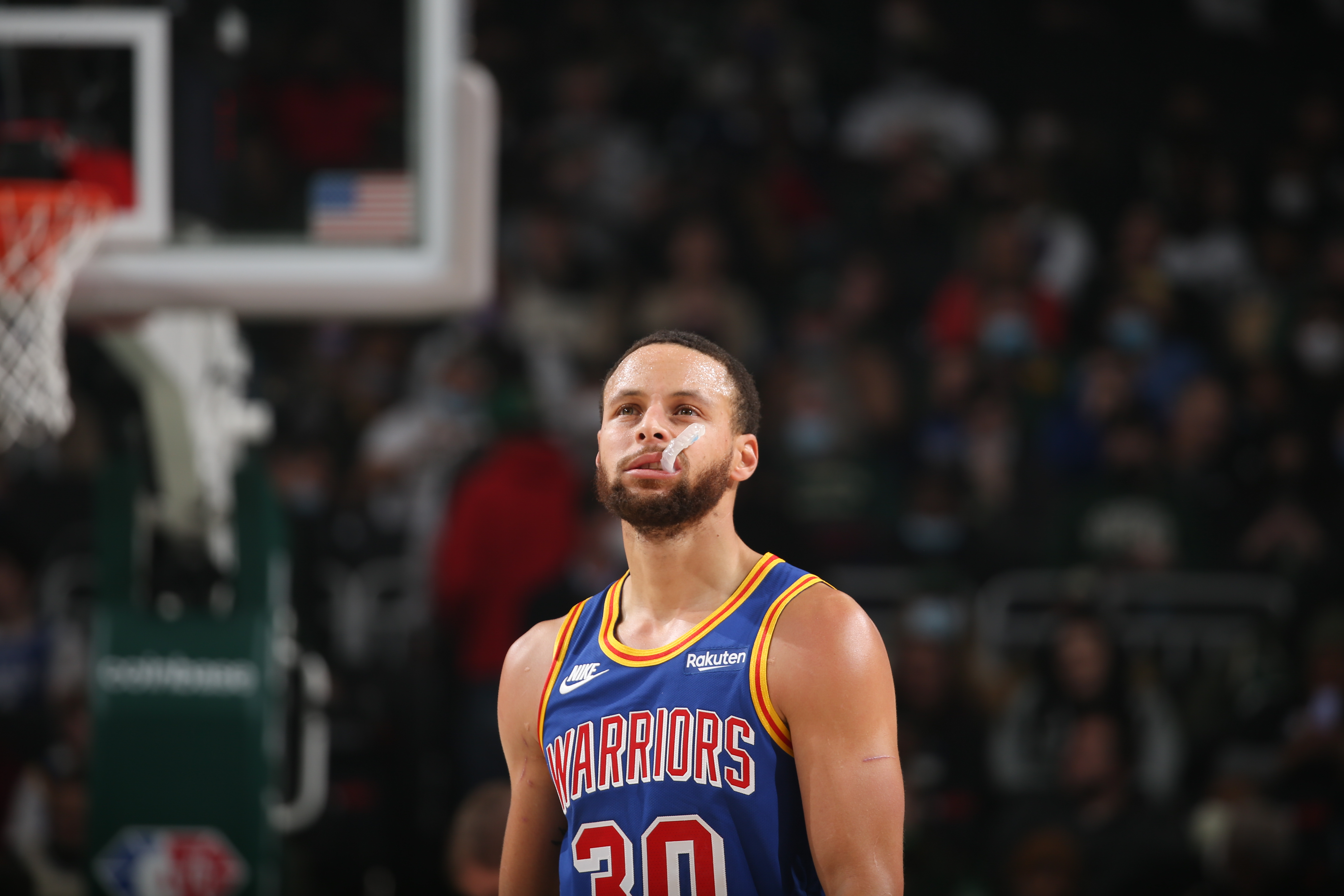 The Golden State Warriors have now dropped four of their last five games after falling 118-99 to the Milwaukee Bucks on Thursday. Milwaukee never trailed en route to leading by as many as 39 points.

After the game, Warriors point guard Stephen Curry told reporters that “there’s no panic” despite the team’s struggles.

“We obviously have stuff to work on, but it’s not like a situation where we don’t know what to do or how to get it done,” Curry said, per Connor Letourneau of the San Francisco Chronicle.

“… We just got off to a terrible start where everything went wrong on both ends of the floor.”

The Warriors have largely been short-handed throughout their recent skid, to the point where they’ve had different starting lineups each of their past five games.

Draymond Green (hip, calf) has missed all but seven seconds in the last four games, as he made a cameo appearance when Klay Thompson returned to the court following missing two-and-a-half years due to injury.

Thompson has been limited to 20 minutes per game since returning for the Warriors’ 96-82 win last Sunday over the Cleveland Cavaliers. Curry sat for the Warriors’ 101-96 loss to the New Orleans Pelicans (quad).

Simply put, the Warriors haven’t benefitted from having all their key players on the court of late.

Plus, the Warriors are still 30-11 at their midway point of the season, and they’re on pace for 60 wins. They have the second-best record in the league, only behind the Phoenix Suns.

On the flip side, the Warriors’ offensive performance during the 1-4 stretch is concerning, with the team posting just 96.2 points per game, over 13 fewer than what it has averaged this season.

The bottom has also fallen out on the defensive end, with the Warriors giving up 116 points versus the Memphis Grizzlies before allowing 118 against the Bucks.

There is a bit of a reprieve coming up after the Warriors finish their current road trip against the Chicago Bulls and Minnesota Timberwolves, as Golden State has a seven-game homestand lined up through Jan. 29. No team has been better at home this year than the Warriors, who are 18-3 in Chase Center.

For now, the Warriors have to visit the Eastern Conference-leading Bulls on Friday at 7:30 p.m. ET.

Giants Rumors: Brian Flores Would Have NYG Job ‘At or Near the Top of His List’
Rams’ Matthew Stafford Says He’ll ‘Be Good to Go’ vs. Cardinals Despite Toe Injury