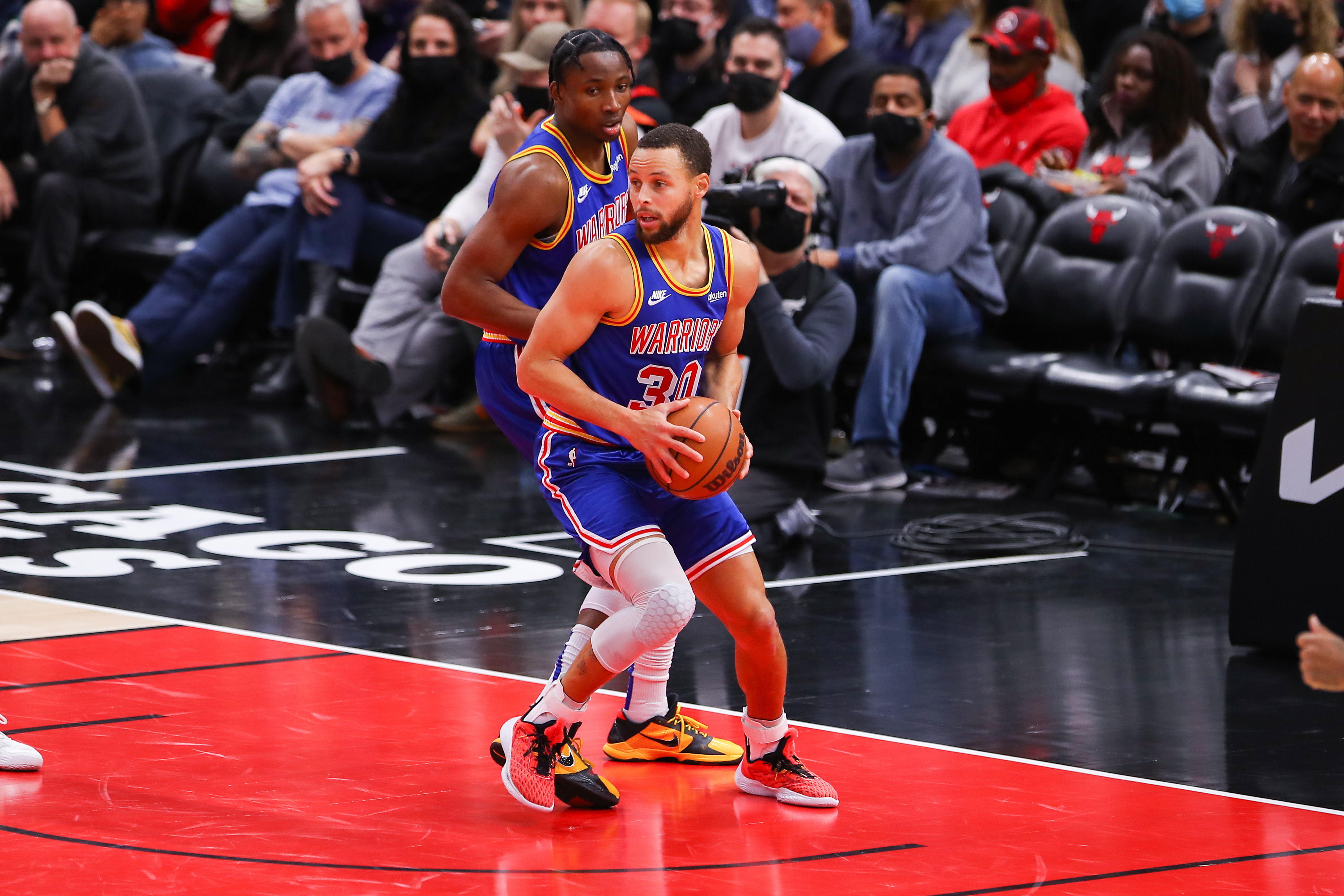 The Golden State Warriors bounced back from a 118-99 loss to the Milwaukee Bucks in what was potentially an NBA Finals preview on Thursday with a 138-96 win over the Chicago Bulls on Friday at the United Center. They improved to 31-11 with the win, while the Bulls dropped to 27-13.

Friday’s win was the team’s first since a 96-82 win over the Cleveland Cavaliers on Jan. 9. Before falling to the Bucks, the Warriors were upset by the Memphis Grizzlies 116-108 on Tuesday.

It was an impressive win for the Dubs, who have been in a shooting slump as of late. In addition, the team was without two of its best players in Klay Thompson (rest) and Draymond Green (calf) in addition to James Wiseman, who has yet to make his season debut due to injury.

Golden State was not going to lose three games in a row, especially after being embarrassed by the Bucks on Thursday night, and the team tallied the most points it has all season in Friday’s game against Chicago.

The Dubs put together their most complete performance in more than a week, snapping out of a slump that saw them hit the lowest of lows against Milwaukee as they shot just 33-of-95 (34.7 percent) from the field and 16-of-48 (33.3 percent) from deep.

rook’s doin’ it all

RT this, you know why. #StephenCurry || #NBAAllStar pic.twitter.com/CHP1VtCMfB

Most points scored in any half this season

Curry specifically broke out of his cold shooting spell, putting together one of his better shooting performances of the last week. In addition, the Warriors got much-needed scoring from Andrew Wiggins and Jordan Poole in the starting lineup.

While they didn’t do that against the Bucks, they certainly did on Friday night.

The scoring effectiveness from up and down the lineup highlighted one of the team’s most complete performances since Green was ruled out with a calf injury. Green’s absence has been glaring, especially on the defensive side, but the Warriors proved on Friday night that they could win without him if they hit their shots and protect the rim.

Golden State allowed more than 100 points in each of their last two games. The team limited Chicago to just 96 points on Friday in one of its better defensive games of late.

Moving forward, Golden State’s focus on spreading the floor and protecting the rim. While Green is expected to return soon, there’s no telling when or if he might go down again, and the Dubs will need to be better prepared for that situation.

LaVine exited Friday’s game early in the first quarter after sustaining a left knee injury and did not return. ESPN’s Adrian Wojnarowski reported that “there’s initial confidence” the superstar avoided a serious injury, but he will undergo an MRI on Saturday to confirm the severity of the injury.

Chicago Bulls guard Zach LaVine will get an MRI on his left knee Saturday, but there’s initial confidence that he hasn’t suffered a serious injury, sources tell ESPN. It was described as “discomfort” and erring on side of caution with MRI tomorrow.

LaVine will undergo an MRI on Saturday, per source. The Bulls play in Boston. The initial plan is that it’s unlikely LaVine begins the two-game trip with the team, per source. https://t.co/SLDpF4R78g

Zach LaVine’s MRI may get pushed to tonight, but he left the United Center walking fine and is expressing confidence to others the injury isn’t serious, per source. LaVine quietly had been playing through some minor knee swelling, the source said. Tonight’s discomfort added to it

LaVine appeared to suffer the injury after grabbing an offensive rebound with just under nine minutes remaining in the first quarter. On the next play, he intentionally fouled Curry before taking himself out of the game.

LaVine is one of Chicago’s best players, and the team completely fell apart without him. The Bulls kept things tight in the first quarter until the 26-year-old exited, and they ended up going into halftime down 78-47.

LaVine’s absence demonstrates just how important he is to the team. The UCLA product entered Friday’s game ranked second on the Bulls averaging 25.6 points per game, behind none other than DeRozan. He also ranked third on the team averaging 4.3 assists.

LaVine, who is in his fifth season with the Bulls, has combined with DeRozan, who is in his first season in Chicago, to form one of the best one-two punches in the NBA. The duo entered Friday’s game as the only teammates in the league to both be averaging more than 25 points per game.

DeRozan was averaging 26 points entering Friday’s contest, in addition to 5.2 rebounds and 4.7 assists.

Furthering highlighting LaVine’s importance is the face he is on pace to earn his second straight All-Star selection. He jumped up to third in voting for guards in the Eastern Conference in the latest round of voting, joining DeRozan, who is first.

If LaVine is unavailable for an extended period, the Bulls could drop in the standings if they play as poorly as they did against the Warriors. The Miami Heat and Brooklyn Nets are in hot pursuit, tied with a 26-15 and just 1.5 games behind.

Chicago’s depth at the three will ultimately be tested in the coming days. Behind LaVine, the team has Javonte Green, Troy Brown Jr. and Alfonzo McKinnie. Green leads the trio with 5.8 points, 4.2 rebounds and one assist in 22.2 minutes per game. However, he is sidelined with a strained groin, meaning more pressure will be placed on Brown and McKinnie.

The Bulls travel to face the Boston Celtics on Saturday at TD Garden, while the Warriors will be on the road against the Minnesota Timberwolves on Sunday.