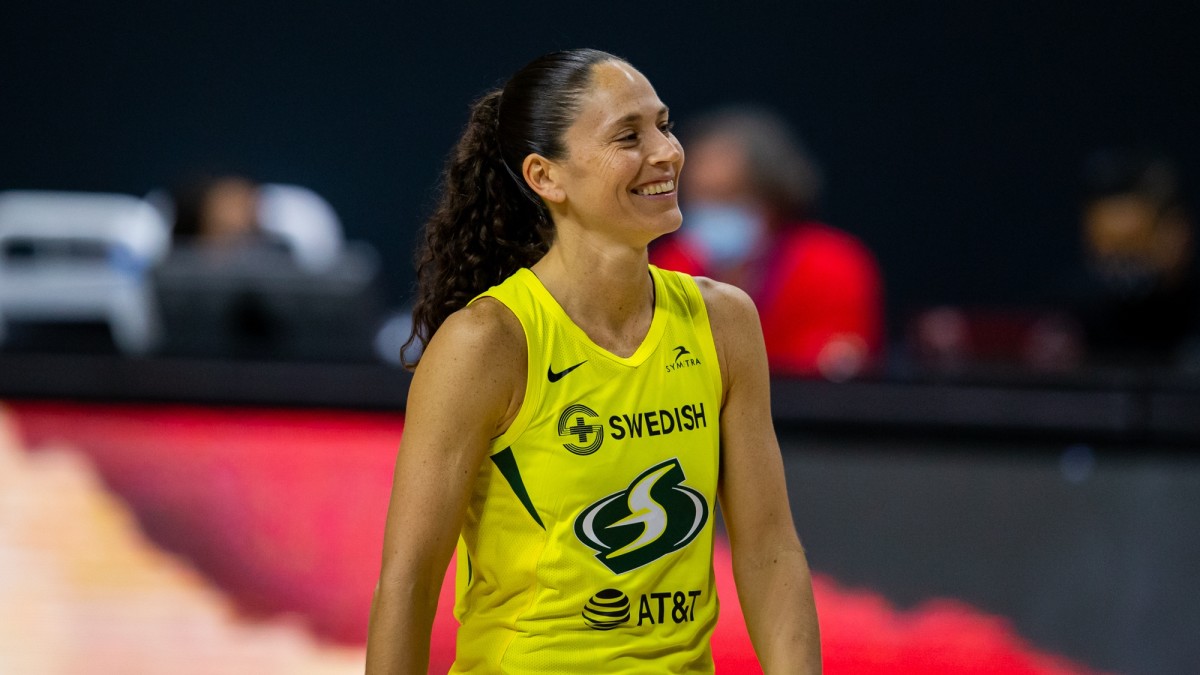 Bird and Alvarez will carry the United States flag during the opening ceremony on Friday.

Bird, 40, enters the Tokyo Olympics eyeing her fifth gold medal with Team USA. The legendary basketball star noted on Wednesday that she was honored to be selected as a flag bearer, especially with the selection coming from her peers with Team USA. Bird is also a four-time WNBA champion as well as a two-time NCAA champ.

“I think that’s the best part, to be honest, to have your peers be the one to kind of see your career and pick you to be the one to lead us in,” Bird told the Today Show on Wednesday.

Alvarez previously represented Team USA in speed skating and earned a silver medal at the 2014 Sochi Games. He is currently a member of the Miami Marlins organization, tallying two career RBI. USA Baseball enters the Tokyo Games seeking its first gold medal since the 2000 Olympics in Sydney.

• The GOAT’s Greatness Is Still to Come
• In the Pool, Caeleb Dressel Is the Ultimate Spectacle
• Cat Osterman Brings More Than Just Leadership to Team USA